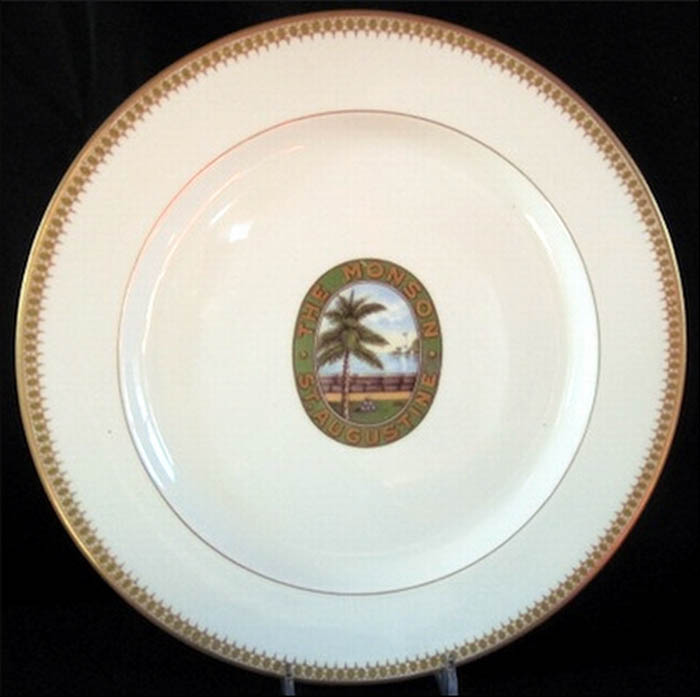 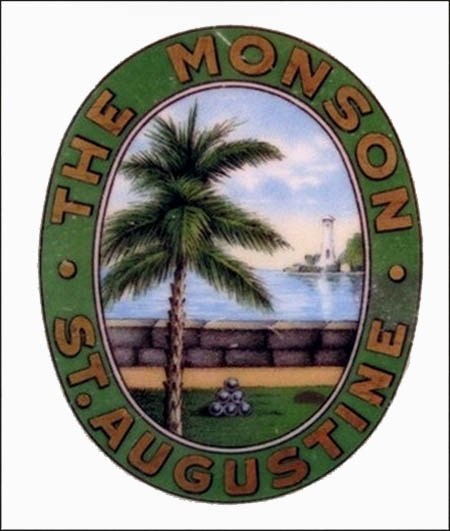 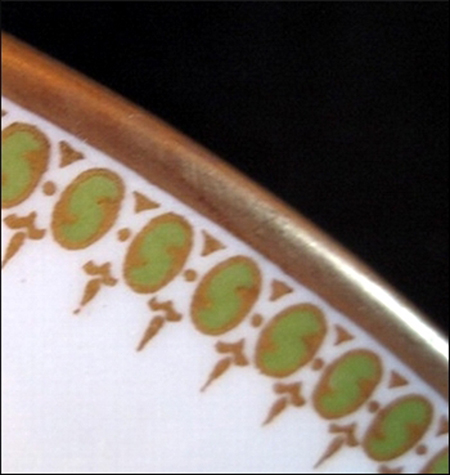 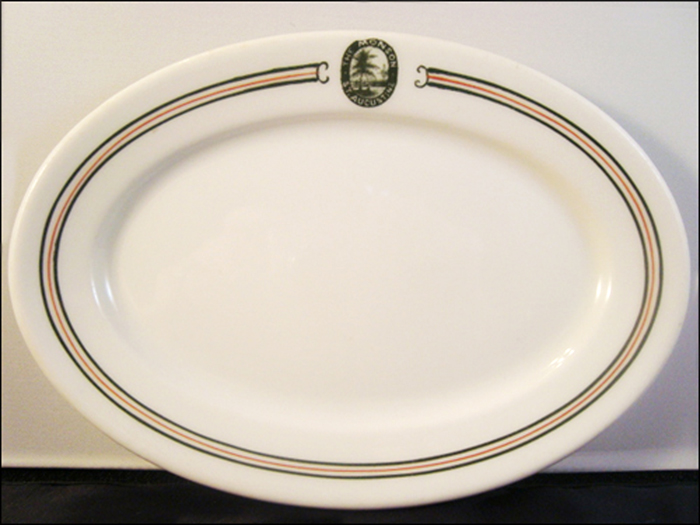 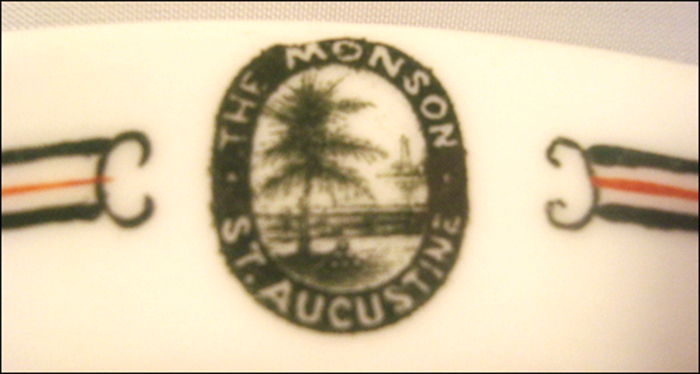 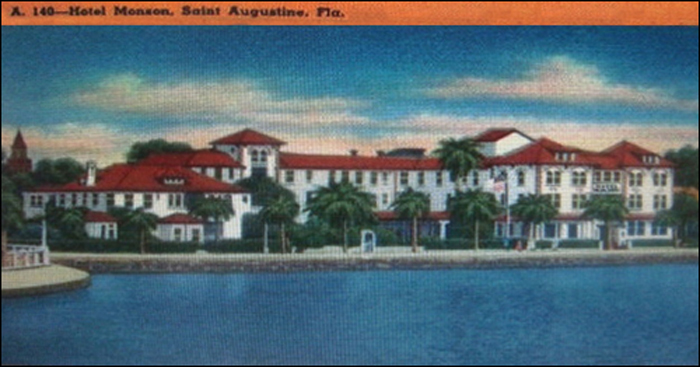 Notes: The Monson Hotel, originally built before the turn of the 20th century in St. Augustine, Fl., has had least four structures and that many names and an unknown number of owners during its more than 100-year existence.

It was originally called the Monson House. The first was destroyed in an 1895 fire, according to the book St. Augustine in the Gilded Age, which shows a photo of the second Monson House. The second was razed by fire in 1914 and replaced with the grander Monson Hotel, this time built with masonry. One source indicates that this more fireproof version was destroyed, naturally by fire, and rebuilt circa 1926.

That Monson Hotel was torn down in 1960, and the Monson Motor Lodge was built in its place.

As the Civil Rights struggle boiled over in the summer of 1964, the Monson Motor Lodge played an interesting role. Martin Luther King Jr. had been organizing sit-ins in St. Augustine, and when he tried to get a meal at The Monson in June 1964, he was arrested.

Later that month, on June 18, a group again targeted The Monson and attempted to desegregate The Monson's whites-only pool. In response, James Brock, The Monson's owner at the time, poured muriatic acid into the pool, which was occupied by both white and black demonstrators.

A shocking photo of Brock pouring the acid was widely distributed, and the associated outcry against his action helped spur the passage of the Civil Rights Act of 1964.

That iteration of The Monson was torn down in 2003, and a Hilton Garden Inn Historic Monson Bayfront Resort now (2012) stands in its place.

The Monson Hotel service plate has a rim design made up of a gold band and a series of green and gold ovals. The logo in the center is a green oval with THE MONSON and ST. AUGUSTINE in gold sans serif font surrounding a central motif of palm tree, seawall and ocean, with a lighthouse in the distance.

The Monson Hotel platter has the same logo as the service plate, but executed in a monoprint of dark green against the white plate. The logo interrupts the rim treatment of two dark green lines with a thinner orange red line between them. The three lines are completed with the addition of green curlicues, so commonly seen in 1920s' designs.