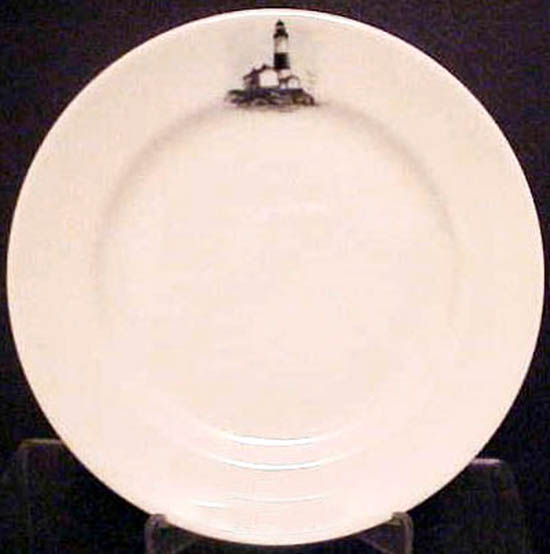 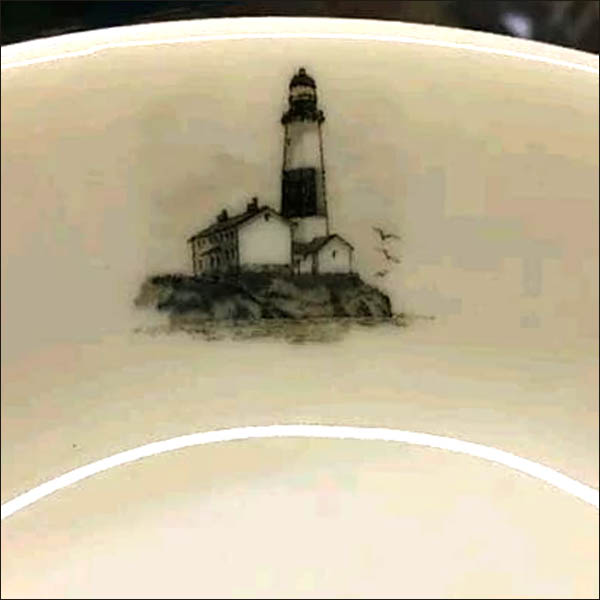 Notes: This plate depicts the lighthouse at Montauk, NY, but there is no information available that connects the plate to the famed Montauk Manor. Click here to read the manor's history, in which it says, "Restaurants were serving internationally acclaimed cuisine." There may have been more than one restaurant at the resort and more than one pattern of china in use at any time, but until such evidence presents itself, this pattern will be referred to by the light rather than the manor.