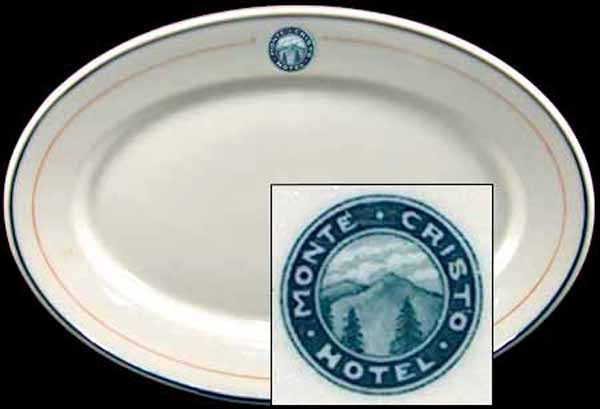 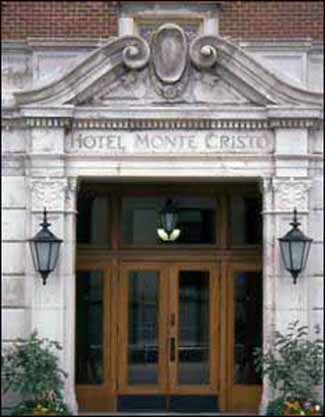 Notes: The Hotel Monte Cristo, at Pacific and Federal avenues, was named for the nearby Cascade Mountain mining district that jump started Everett's economy. It was built prior to 1900, according to census data, and was an ornate wooden structure of " towers, turrets and a vast wrap-around porch." However, in 1905 The Sisters of Providence purchased the hotel for $50,000 and a medical center still sits on that site.

In 1925, a new brick Hotel Monte Cristo was built at 1507 Wall Street and is still in use in 2008, with 69 units of affordable housing. This platter would have been made in anticipation of the new hotel's opening in 1925.