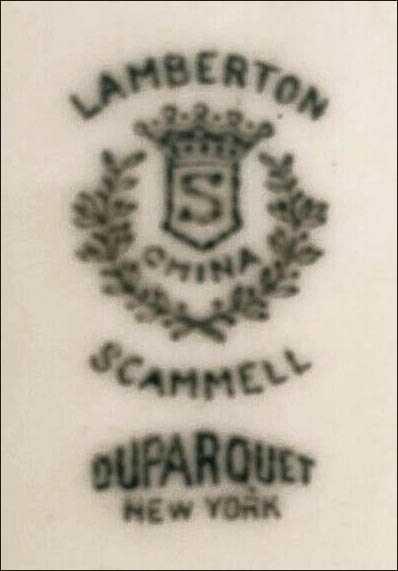 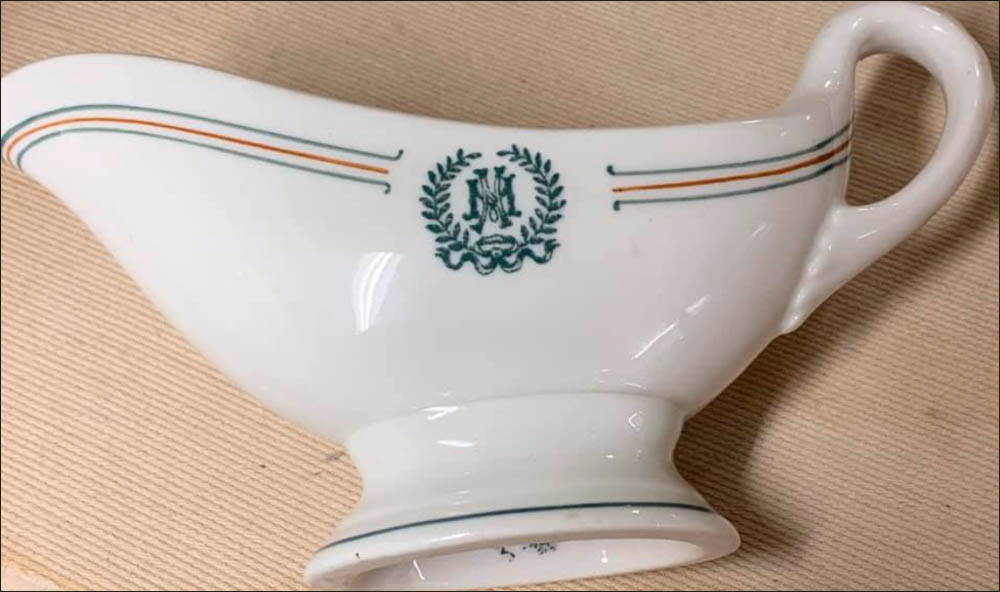 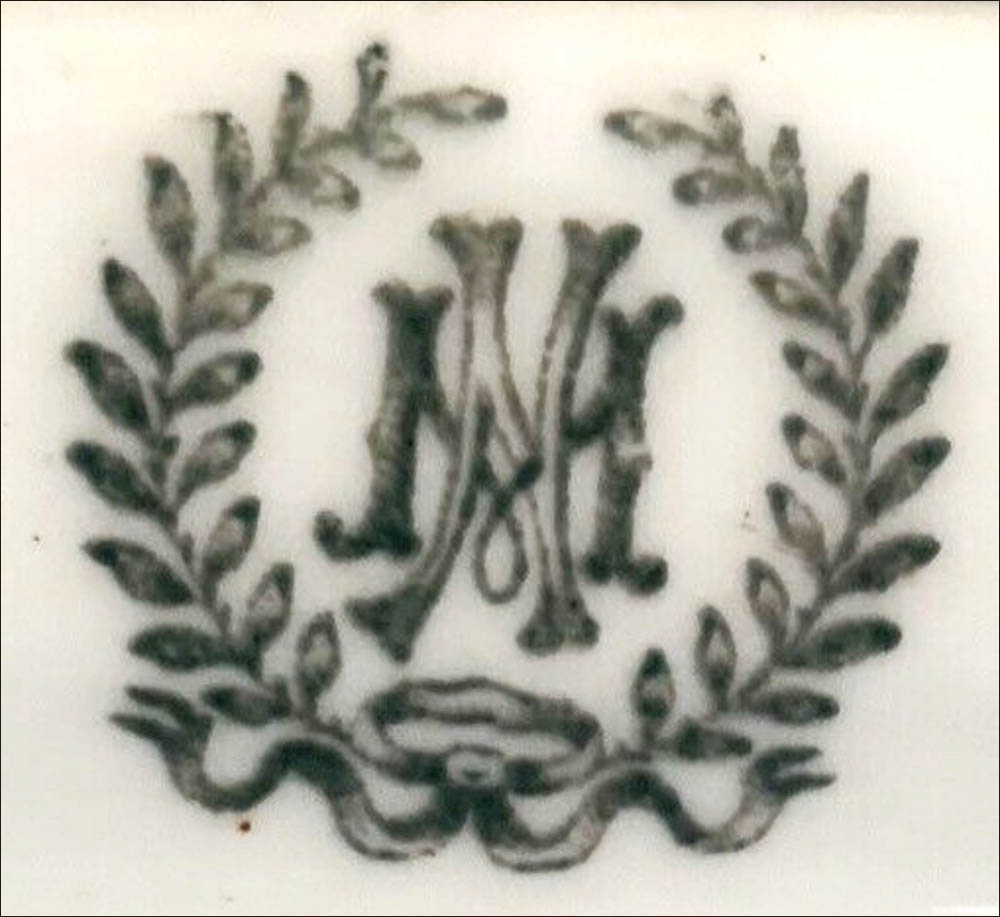 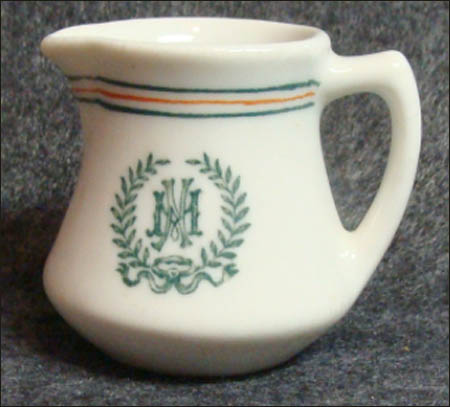 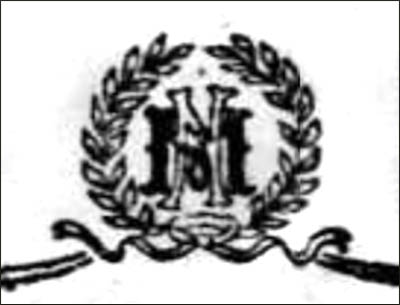 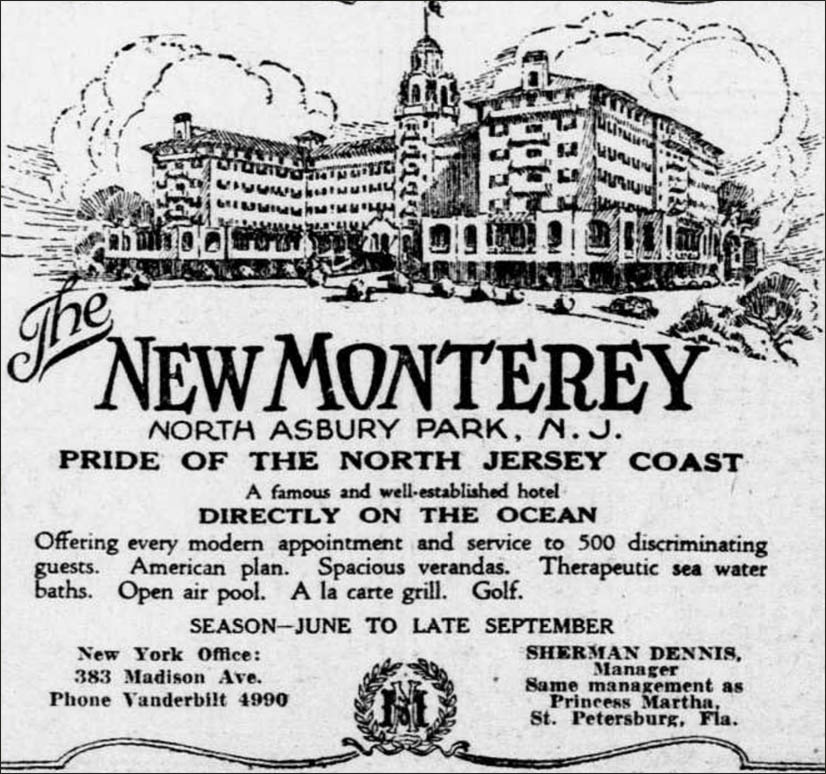 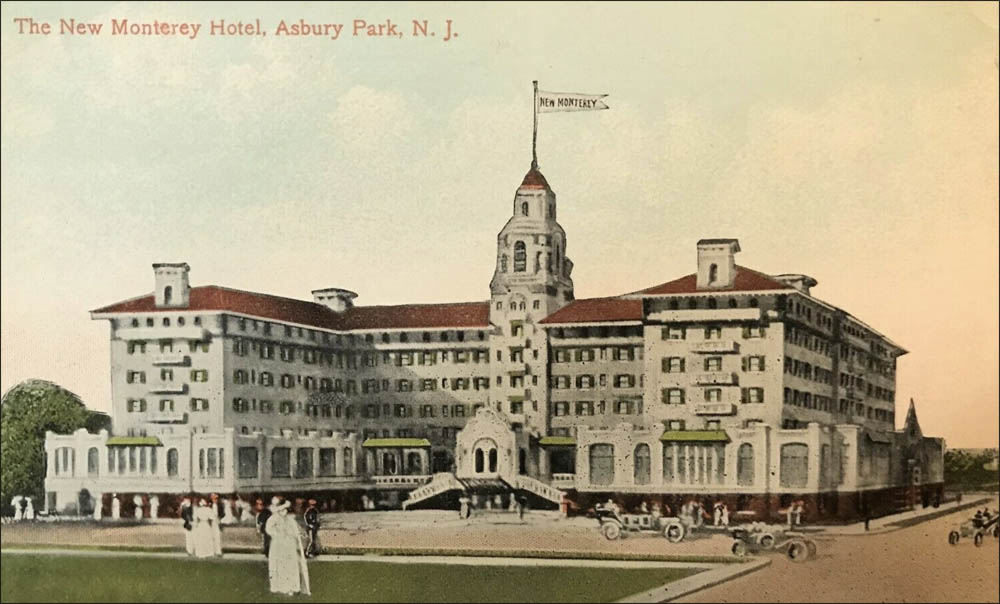 Notes:  The six-story, 350-room New Monterey Hotel opened June 29, 1912, in Asbury Park, New Jersey. It was located directly on the boardwalk at 6th Avenue and operated as a summer hotel on the American Plan. The dining room seated about 500, and there was a ballroom. In 1922, the a la carte Grill Room opened.

In 1939, it was operated by Knott Hotels Company. Around 1941, "New" was dropped from the hotel's name and the revised logo contained only "M" within a wreath. In 1942, the military took over the Monterey. At first it was used to house English sailors who were waiting for a warship to be built, then the US Navy used it as a training school. It reopened around 1946, but financial problems caused it to finally close around 1960. It is not listed in the 1959 Hotel Red Book. Demolition began on September 15, 1963 and was completed in December.