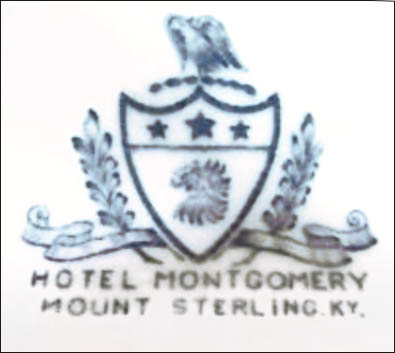 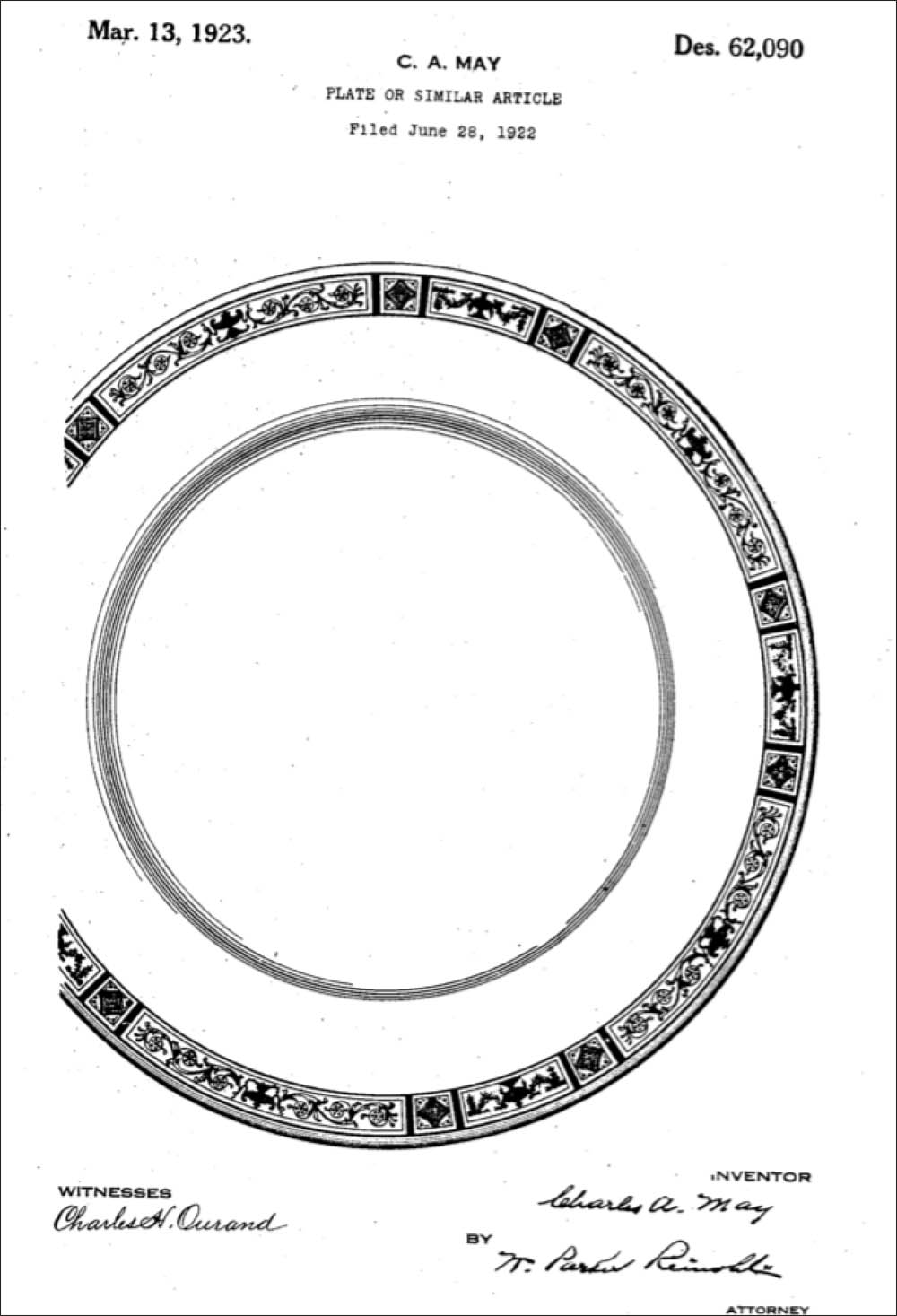 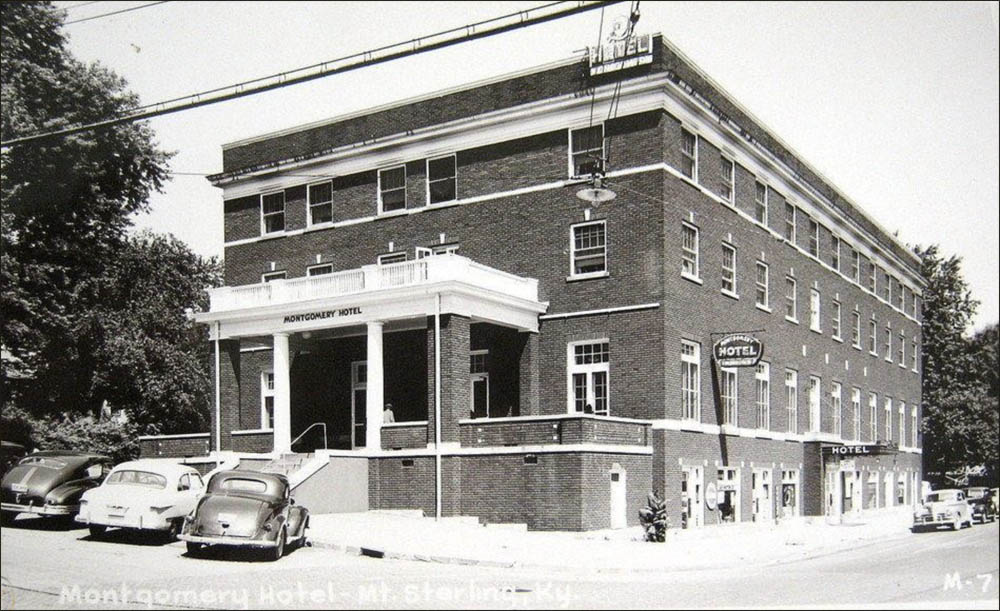 Notes: The four-story, 50-room Montgomery Hotel was located on the corner of Maysville and High Streets in Mount Sterling, Kentucky. It opened around 1922. It is listed in the 1958 Hotel Red Book, but not in 1959. By 2022, the building was being used by Community Trust Bank.

The Trenton China that Scammell made for this hotel is crested with a transfer logo containing a shield along with the hotel name and address. The crest is placed below a transfer border that was designed by Charles A. May and patented in 1923 (Des. 62,090). It is a border that Scammell sold to a number of other customers.  The Montgomery china service was supplied by St. Louis Glass & Queensware Company. The back stamp is confusing. It has "Design Pat Applied For," which should put the date between June 16, 1922, when the patent was applied for, and March 13, 1923, when the patent was issued.  But it also has "Scammell's" which did not become the company name until 1924.