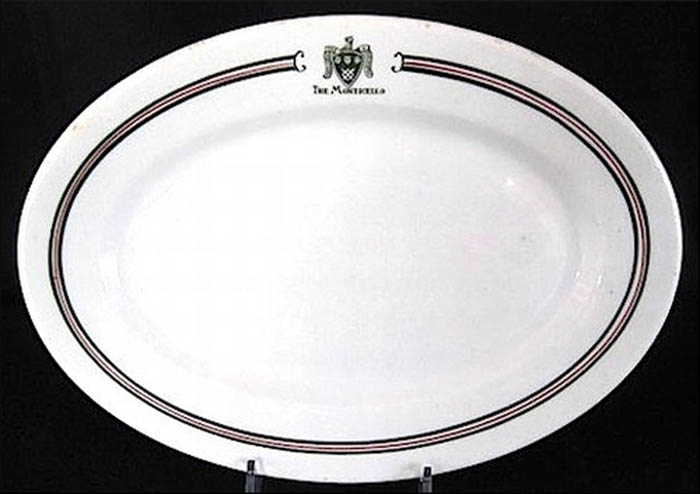 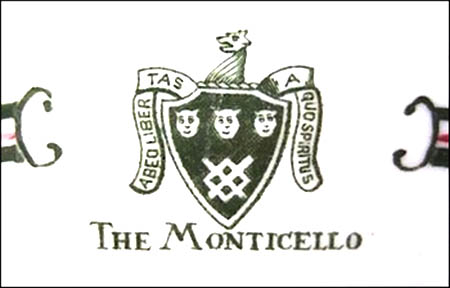 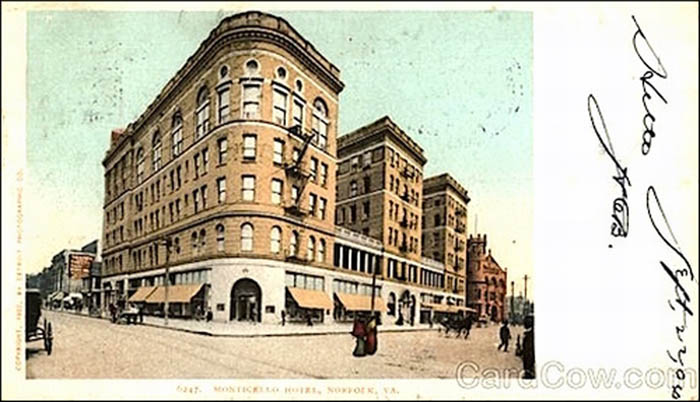 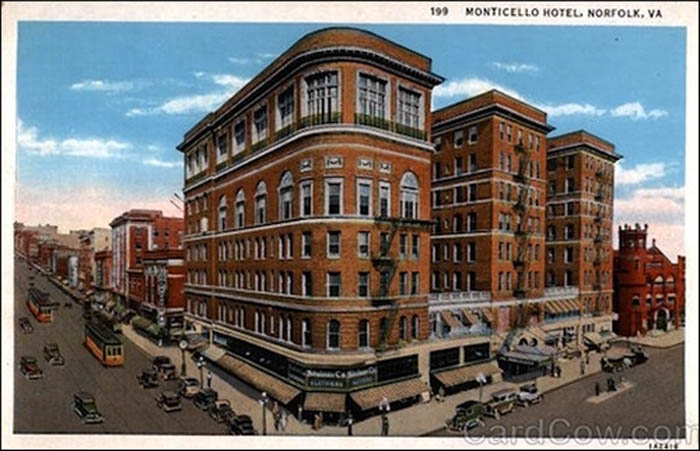 Notes: The Monticello Hotel was located on the corner of City Hall Avenue and Granby Street in Norfolk, Virginia. The six-story, 200-room hotel was designed by Carpenter and Peebles. Construction started in 1896 and the hotel originally opened September 27, 1898.

On New Year's Day 1918, the Monticello and nearby buildings burned. It is said the fire was started by foreign agents.

"The Monticello Hotel, which opened at the corner of City Hall Avenue and Granby Street on September 27, 1898, was the largest and finest hotel in Norfolk for over 60 years. The hotel suffered a devastating fire on January 1, 1918. When it reopened March 8, 1919, two additional floors had been added, including a large dining room and horseshoe-shaped ballroom known in later years as the Starlight Room."

White body platter with a green, red and another green line on rim. Lines broken with topmark shield, featuring a square and three faces within. Banner around sides and top of shield with Abeo Libertas A Quo Spiritus, with an animal on top.