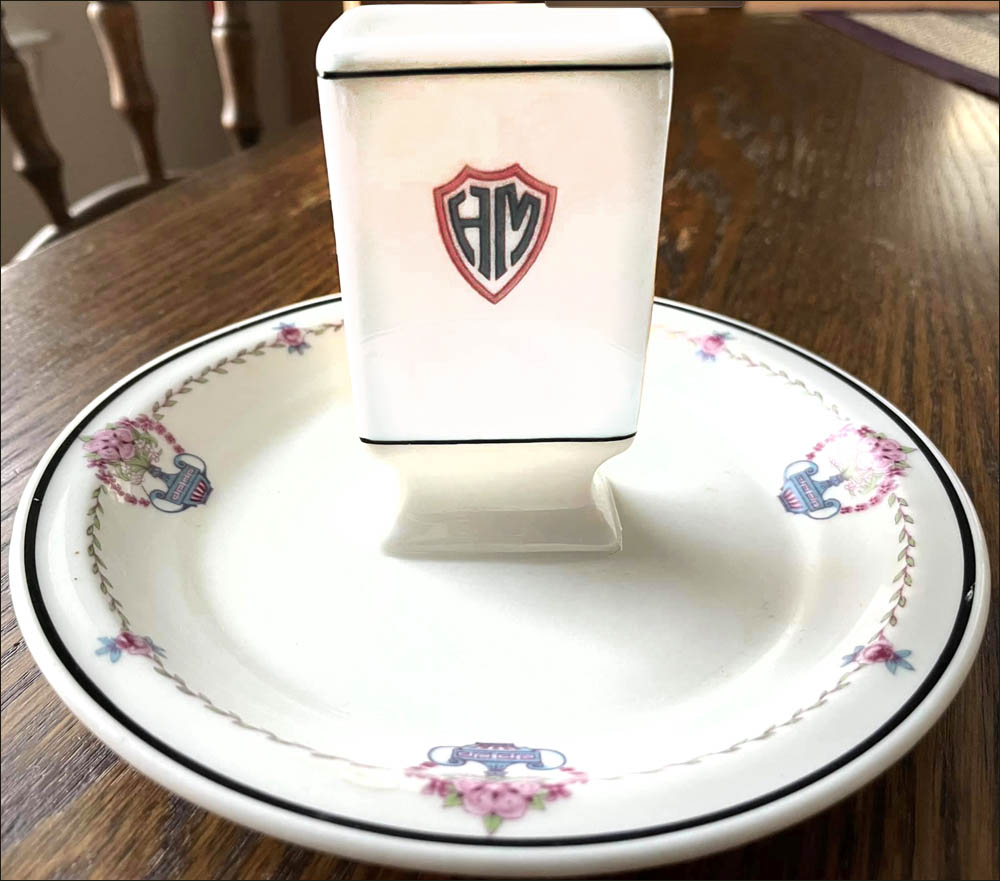 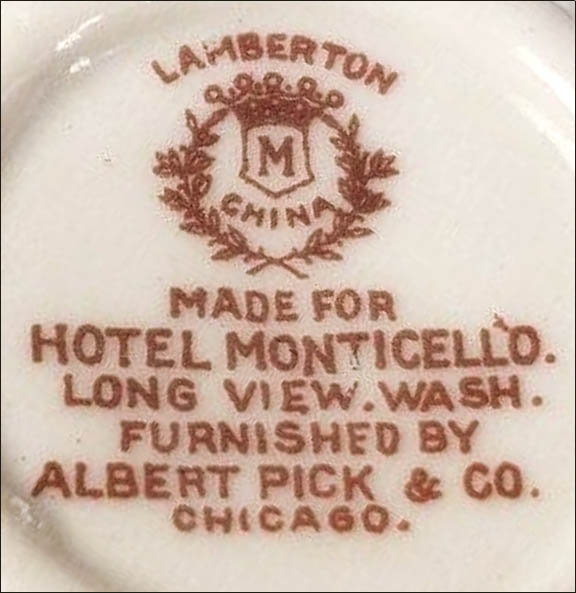 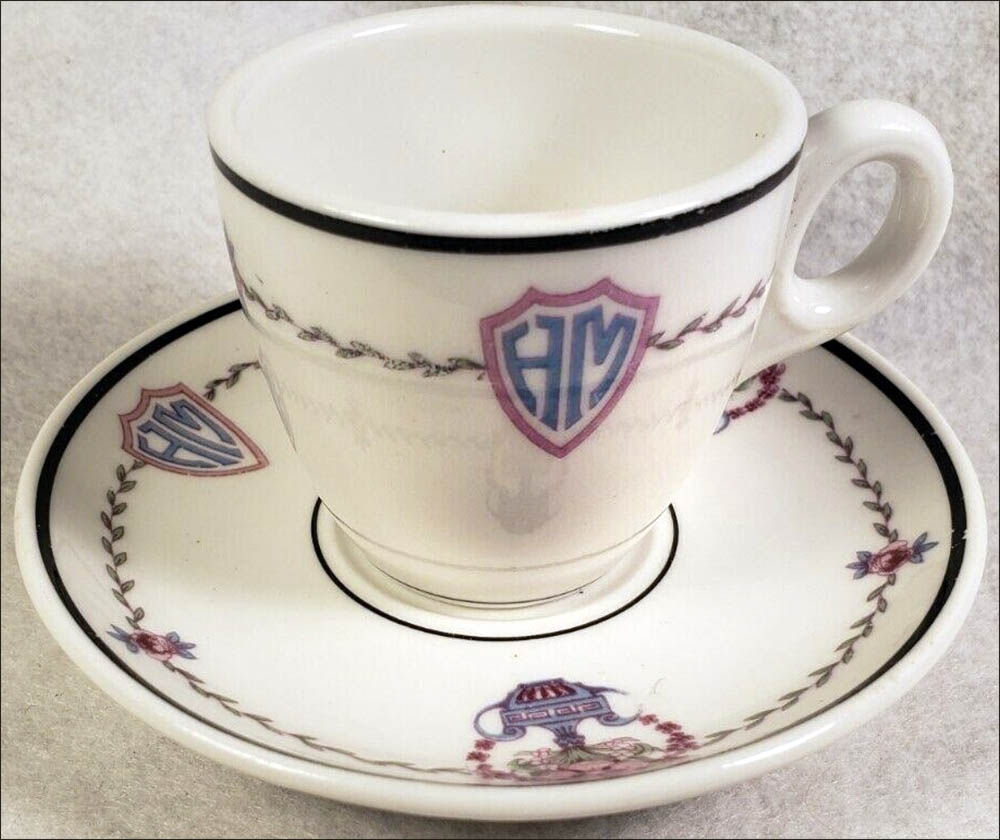 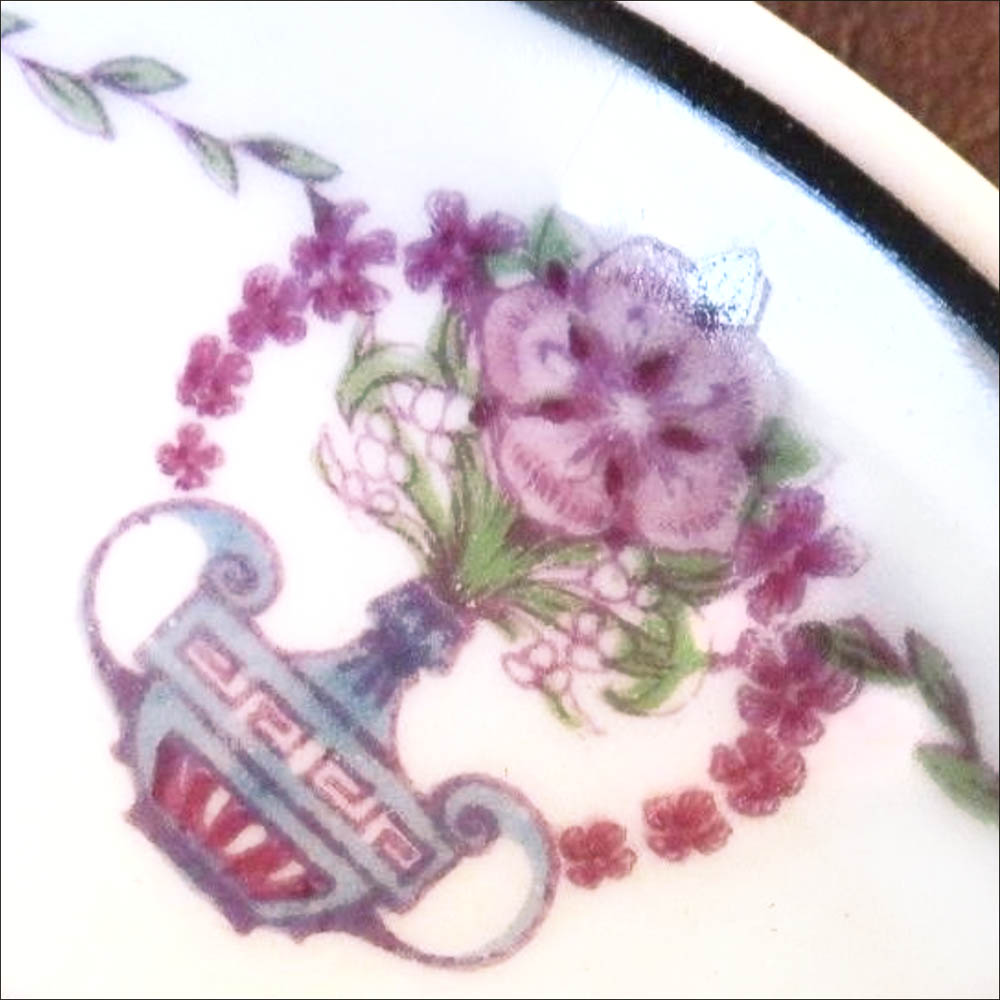 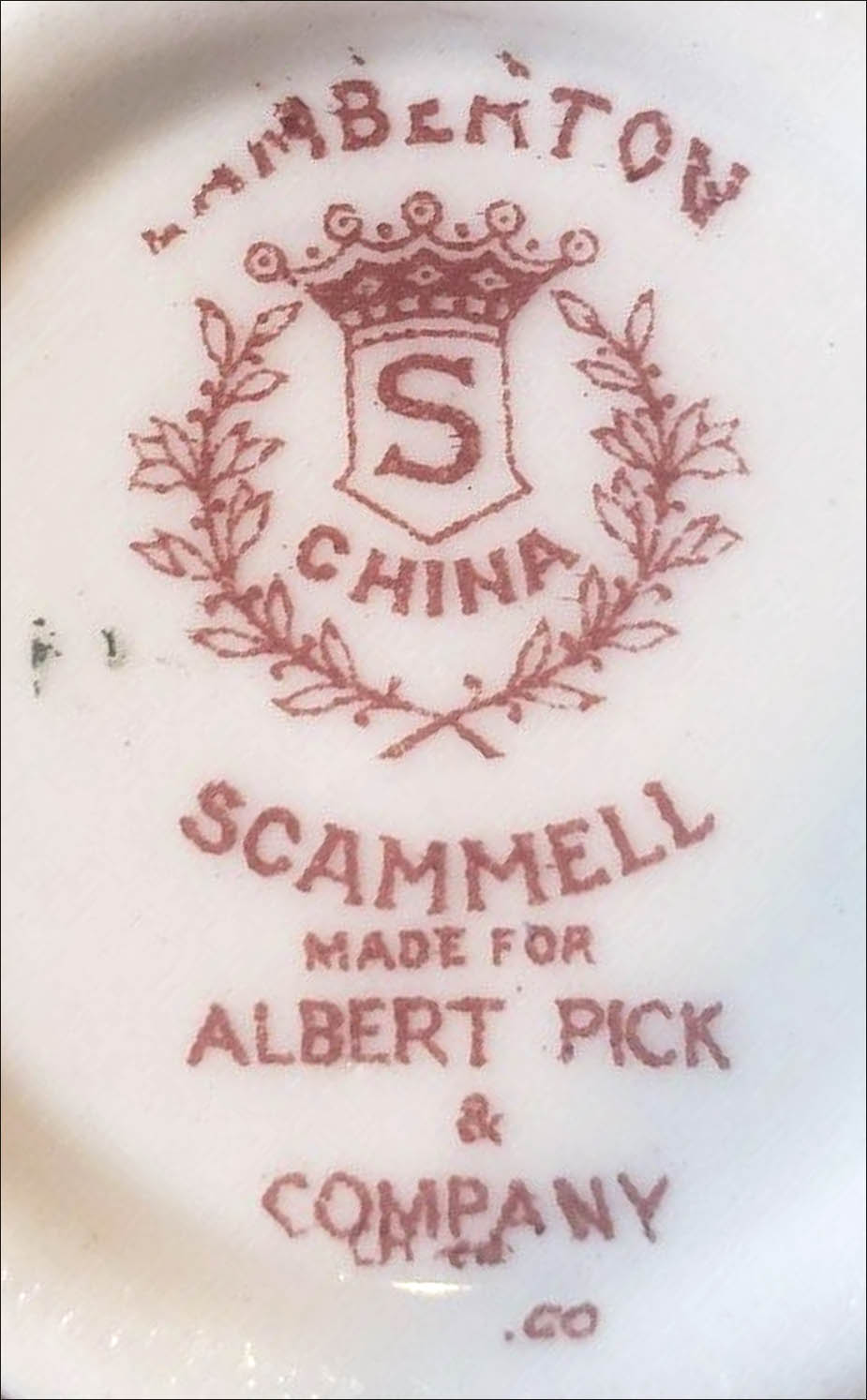 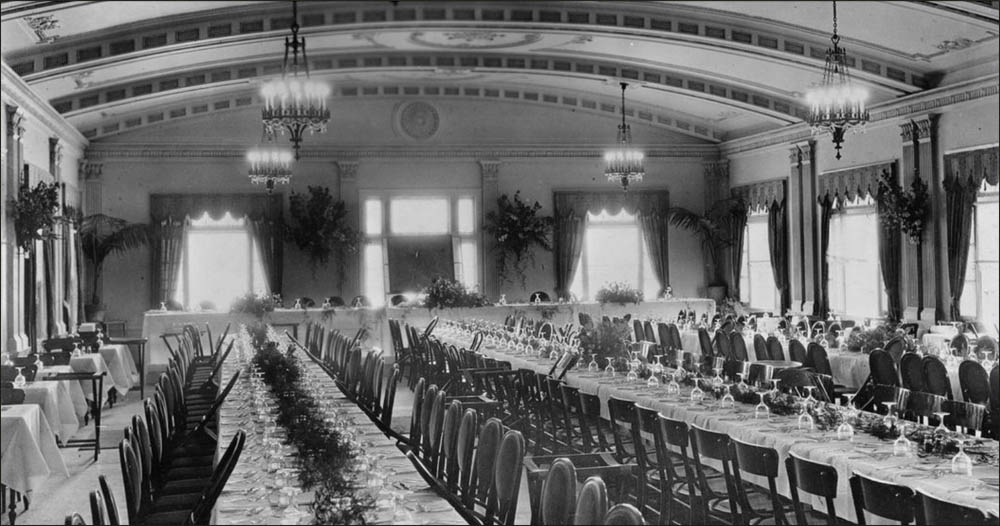 Ballroom at the Monticello Hotel 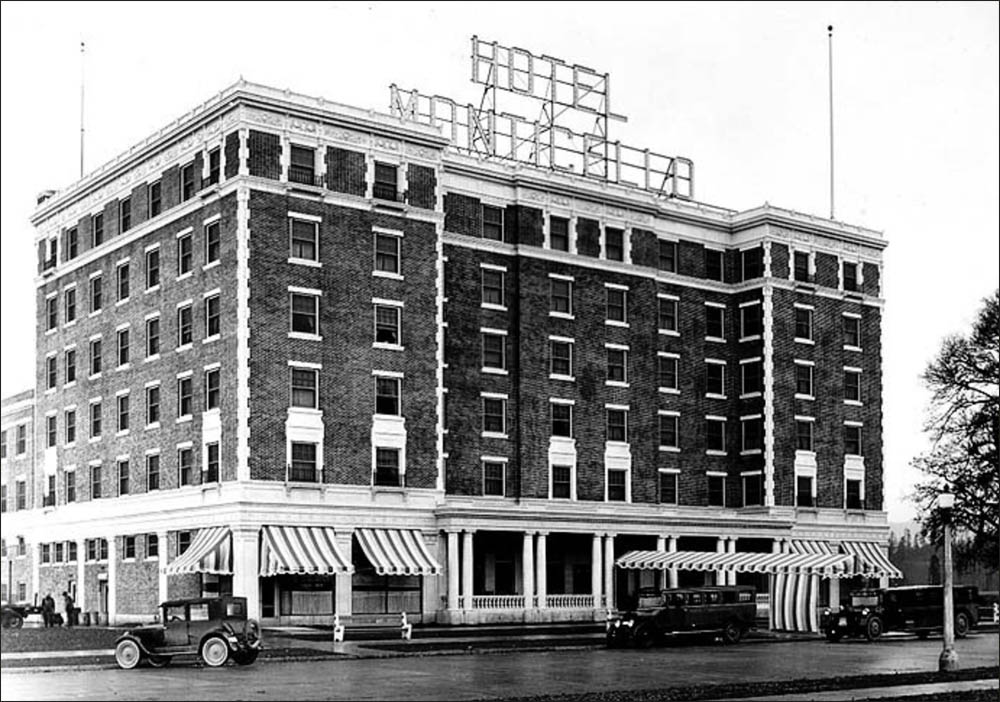 Notes: The six-story, 160-room Hotel Monticello, on the corner of Larch Street and 17th Avenue in Longview, Washington, was built for R. A. Long president of the Long-Bell Lumber Company. When it opened on July 14, 1923, it contained a 200-seat dining room, an 80-seat coffee shop, and a 75-seat ballroom. In 1923, artist Joseph Knowles was commissioned to paint 42 murals entitled "The Winning of the West" which were placed above the Brazilian mahogany wainscoting in the lobby. By 2022, the Monticello had undergone a multi-million dollar restoration and conversion into 60 apartments.

The Lamberton Works produced the crested china used in the Monticello. The original order was made by Maddock, while later reorders were made by Scammell. The crest is a pink shield containing a blue "HM" monogram with the letters outlined in pink. The decal border contains bowls of pink flowers and single flowers connected by green leaves. Black rim and verge lines complete this pattern. This border was also used by other customers. Albert Pick & Company got the contract to furnish the hotel before it opened.