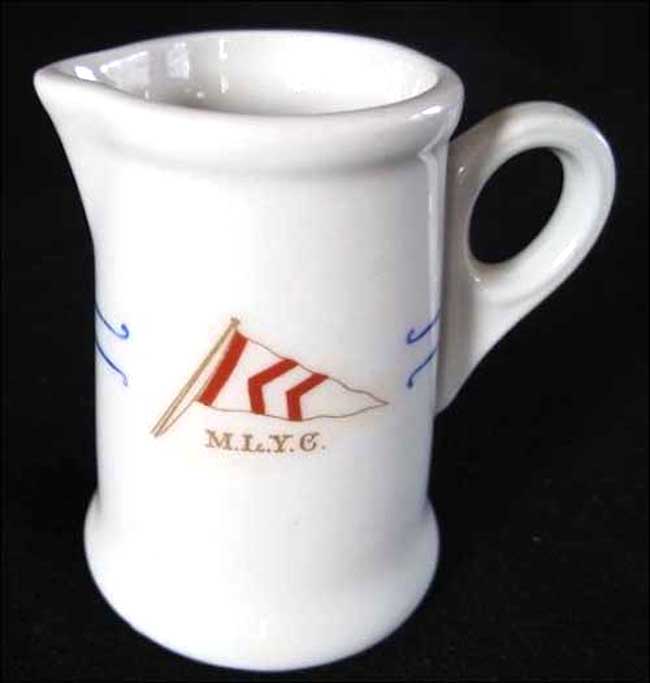 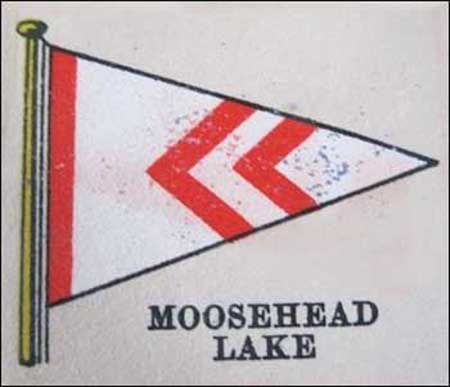 Notes: Based on information from the 1926 Lloyd's Register of American Yachts, the Moosehead Lake Yacht Club was located on Moosehead Lake in Kineo, Maine. It was organized in 1907 and incorporated in 1908, with an entrance fee of $50 and annual dues of $20.

The club's website describes it as "primarily a social organization that strives to sustain the long tradition of boating on the lake with attention also to supporting the goals of the hospital, library and Marine Museum."

The club was first based at the Mt. Kineo house and is now based on the Katahdin boat, located at the Moosehead Marine Museum.

The creamer has a white body and white burgee – or flag – with red bands. Below the burger are the initials M.L.Y.C. Two blue lines run horizontally around the creamer, ending with curlicues on either side of the flag.