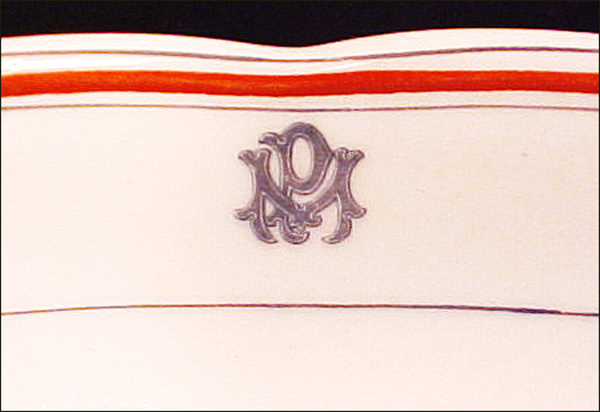 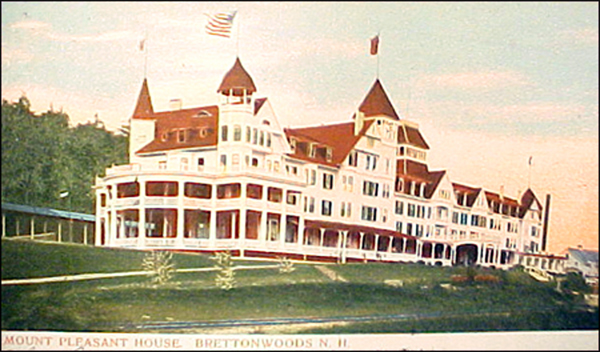 The fourth great hotel built in Carroll (Bretton Woods), N.H., had an unobstructed view of the Presidential Range. The Portland & Ogdensburg RR (The Maine Central) landed passengers at the rear door, but eventually all of the Boston and New York trains made the Mount Pleasant House their terminal.

The corn dish has a white body with reddish orange and gray stripes. Intertwined MP initials in gray.