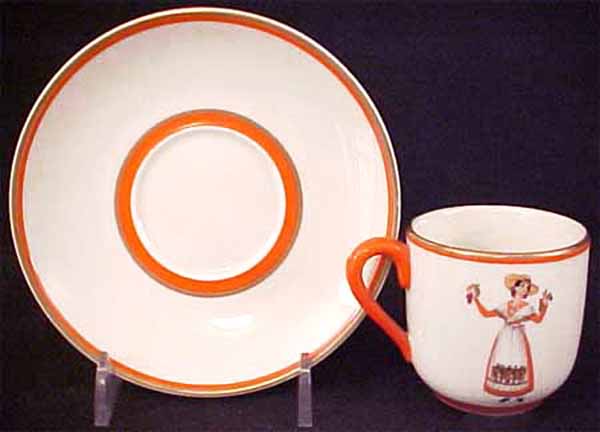 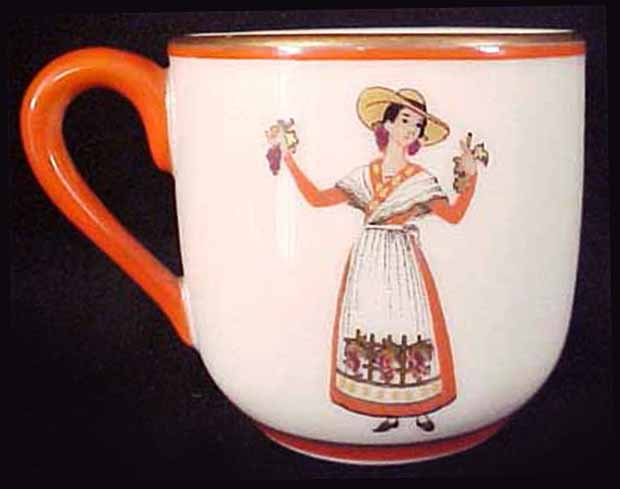 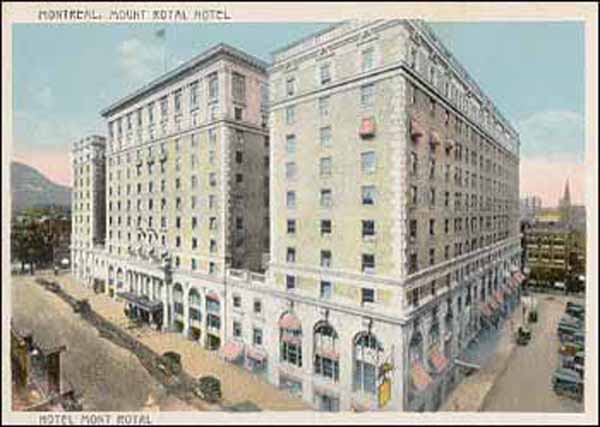 Notes: Based on plans by architects Ross & McDonald, the Mount Royal Hotel was built in 1922 at 1445 rue Peel in Montreal, PQ, Canada. It was first an elegant hotel, the largest of the British Empire at the time. The Mount Royal had 1,100 rooms and an impressive elegance and luxury in its exterior structure and interior decor. It was constructed as a United Hotel and became a Cardy Hotel in the 40s. From the early 50s to the mid 70s, it was a Sheraton Hotel. Sometime in the mid-to-late 1970s it became the core of the four-floor Cours Mont-Royal complex that offers elegant shopping with condominiums on the upper floors.

This Black Knight creamy-ivory body demitasse cup and saucer with bright orange and gold was used in the Normandie Roof Restaurant.