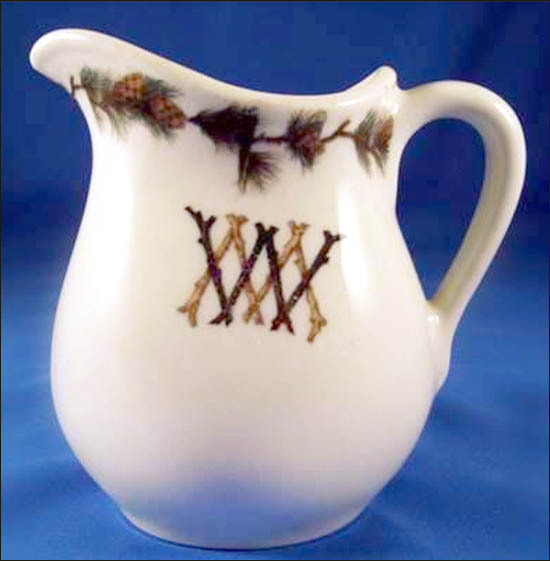 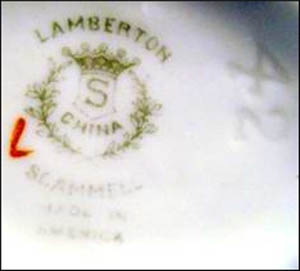 New Hampshire native Joseph Stickney, who made his fortune in coal mining and the Pennsylvania Railroad, began the hotel construction in 1900. Stickney used innovative design and construction methods to build the hotel at a total cost of $1.7 million, employing 250 skilled Italian craftsmen. The superstructure of the Mount Washington Hotel had a steel network, as well as a modern power plant that lasted 50 years.

Bretton Woods Corporation then acquired the property in 1975. Under its ownership, the hotel was listed in the National Register of Historic Places and 6,400 acres of beautiful woodlands were sold to the United States government for inclusion in the White Mountain National Forest.

In 1986, the Mount Washington Hotel was declared a National Historic Landmark.

Lamberton China white body with pine cone and pine bough rim decoration in shades of green and brown; topmarked with the overlapping letters "MW" formed by wooden sticks or branches.