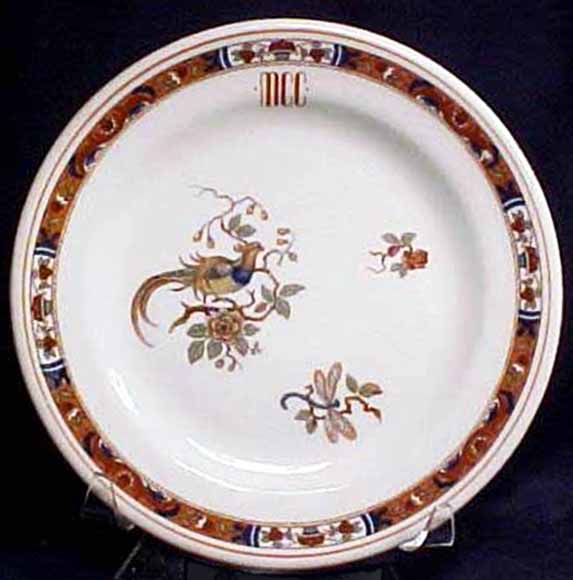 Notes: Club was chartered in 1889 as a gentlemen's club located on the corner of Seventh and Cherry streets in Chattanooga, Tennessee. The club remained an all-men's club until 1959 when sons of members were allowed to eat with their fathers. The first female member was accepted in 1992. After moving several times, the club is located at 729 Chestnut Street.

Stock pattern, customized with MCC, used for 75 years until replaced in the 1990s.