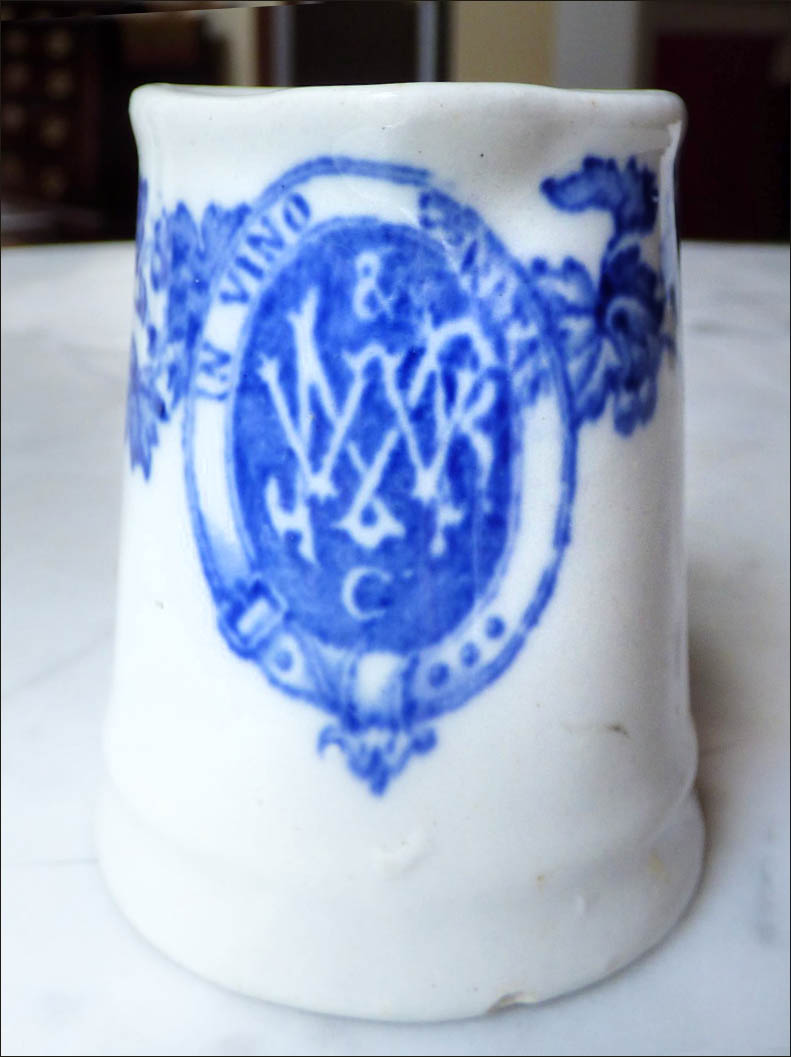 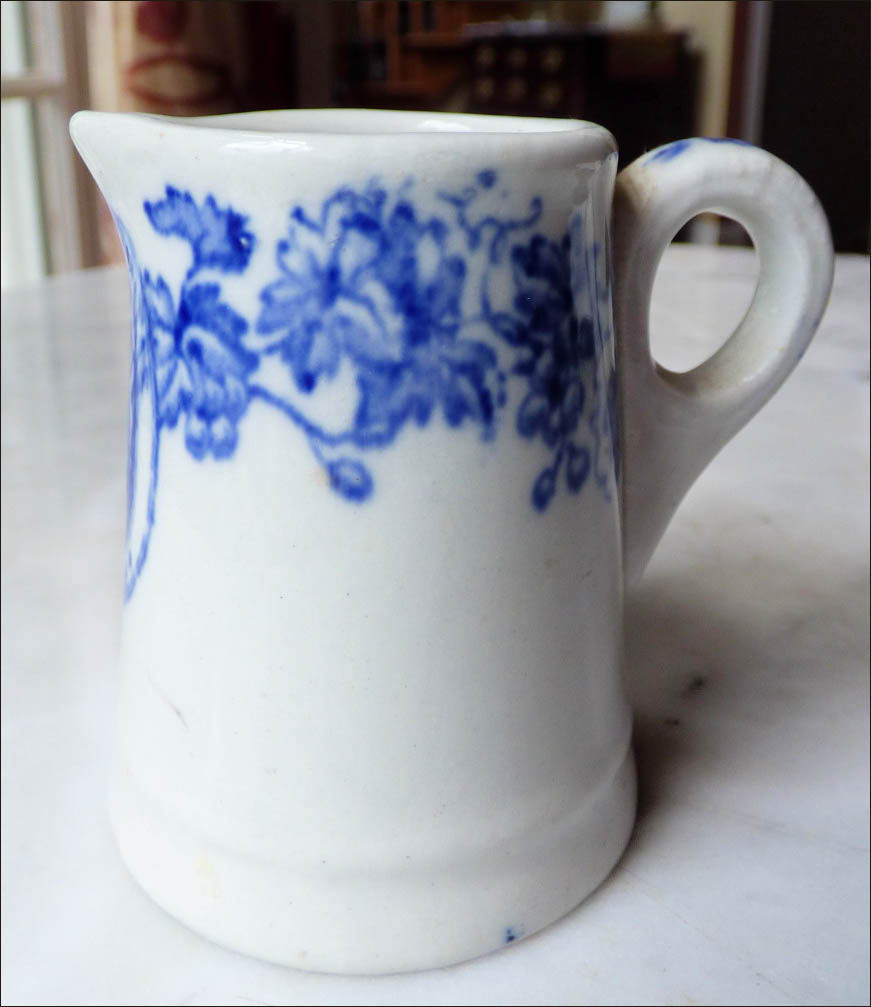 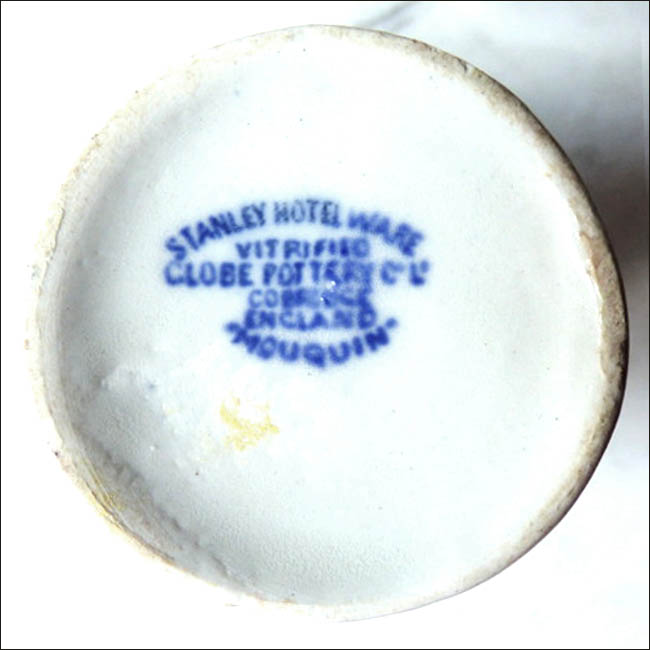 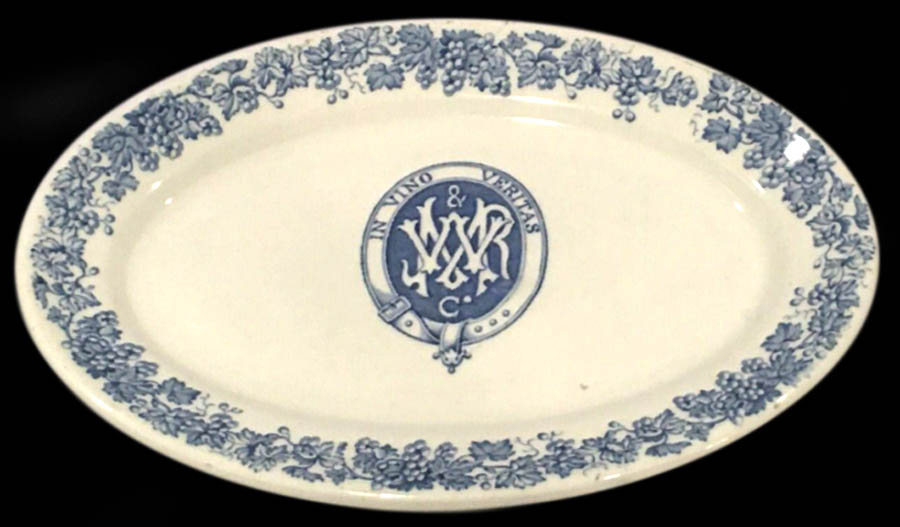 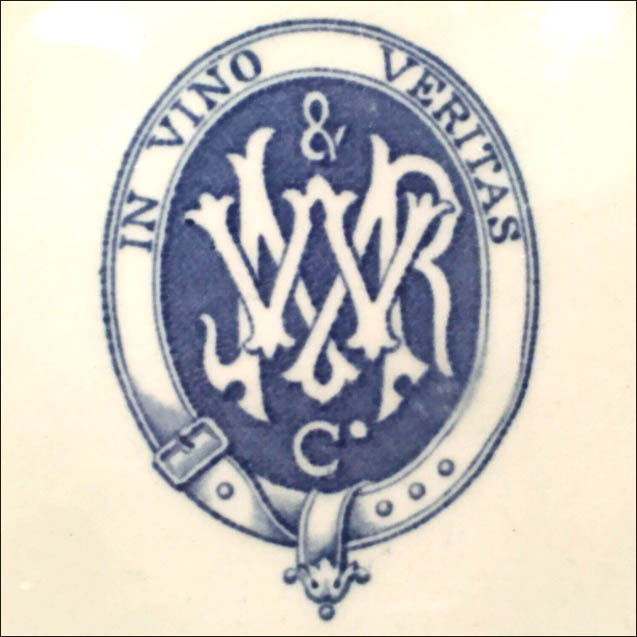 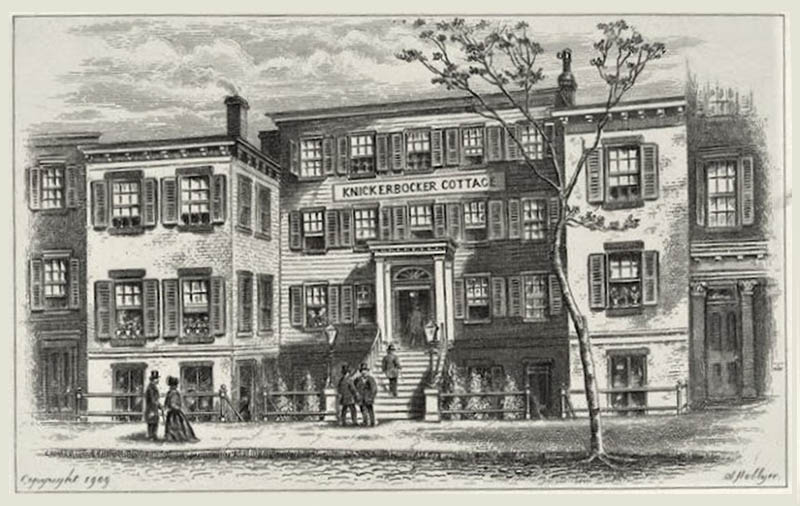 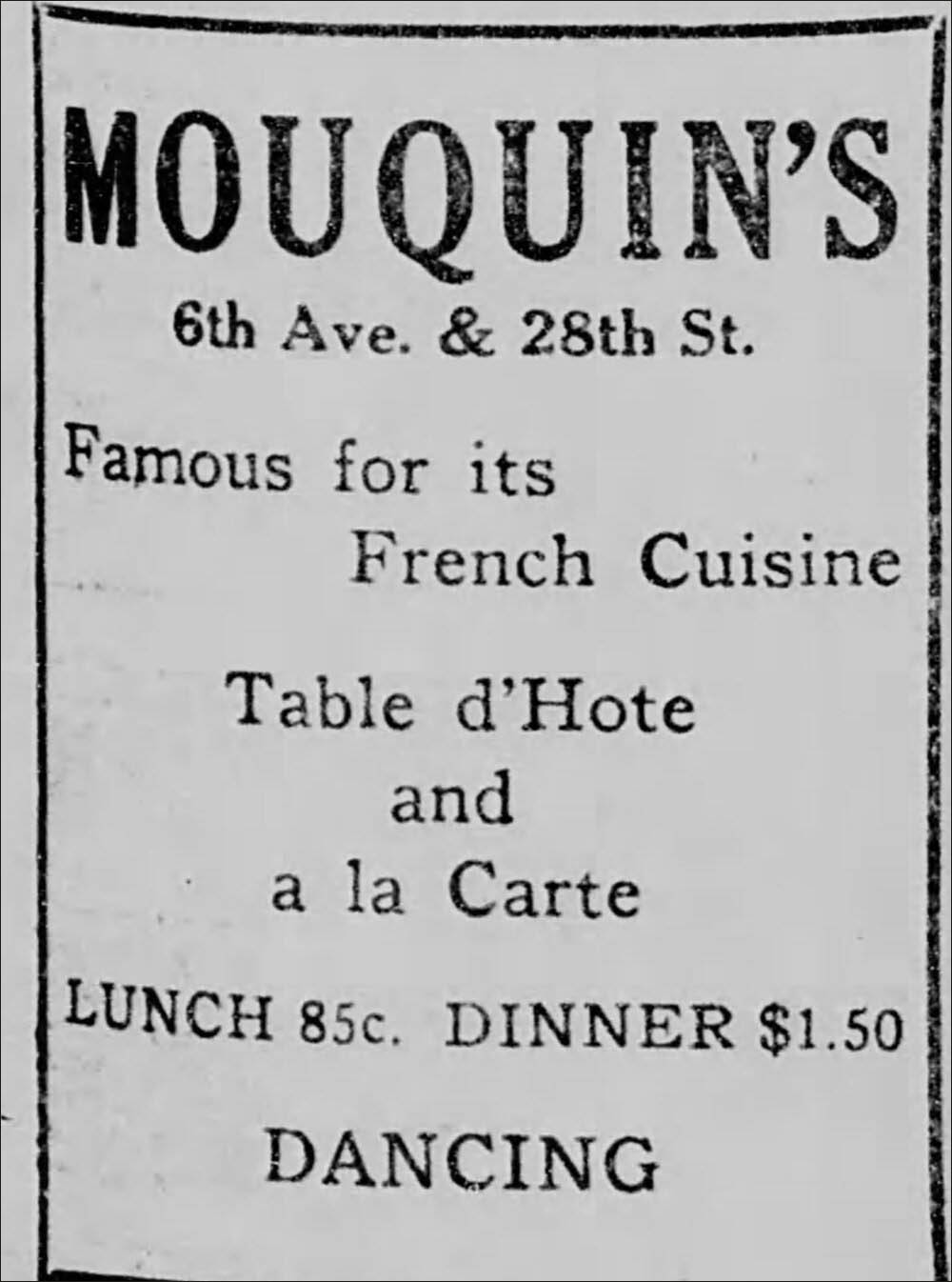 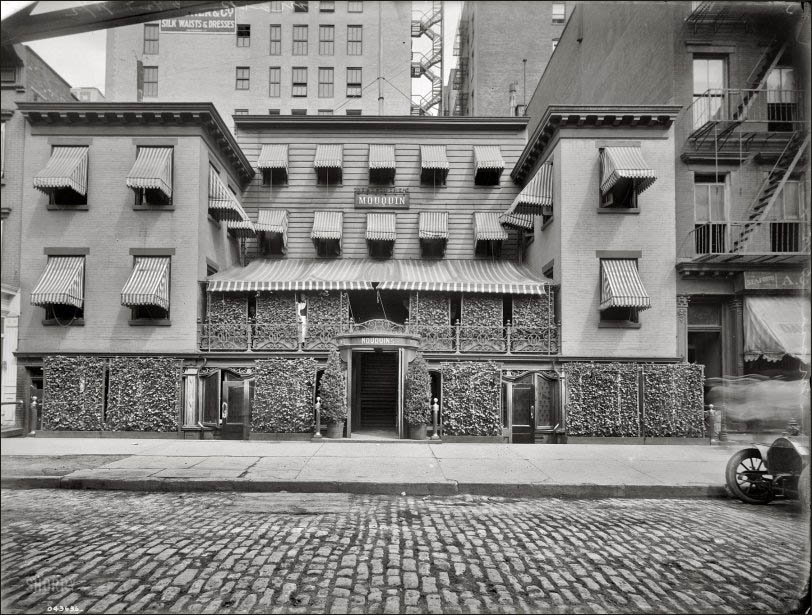 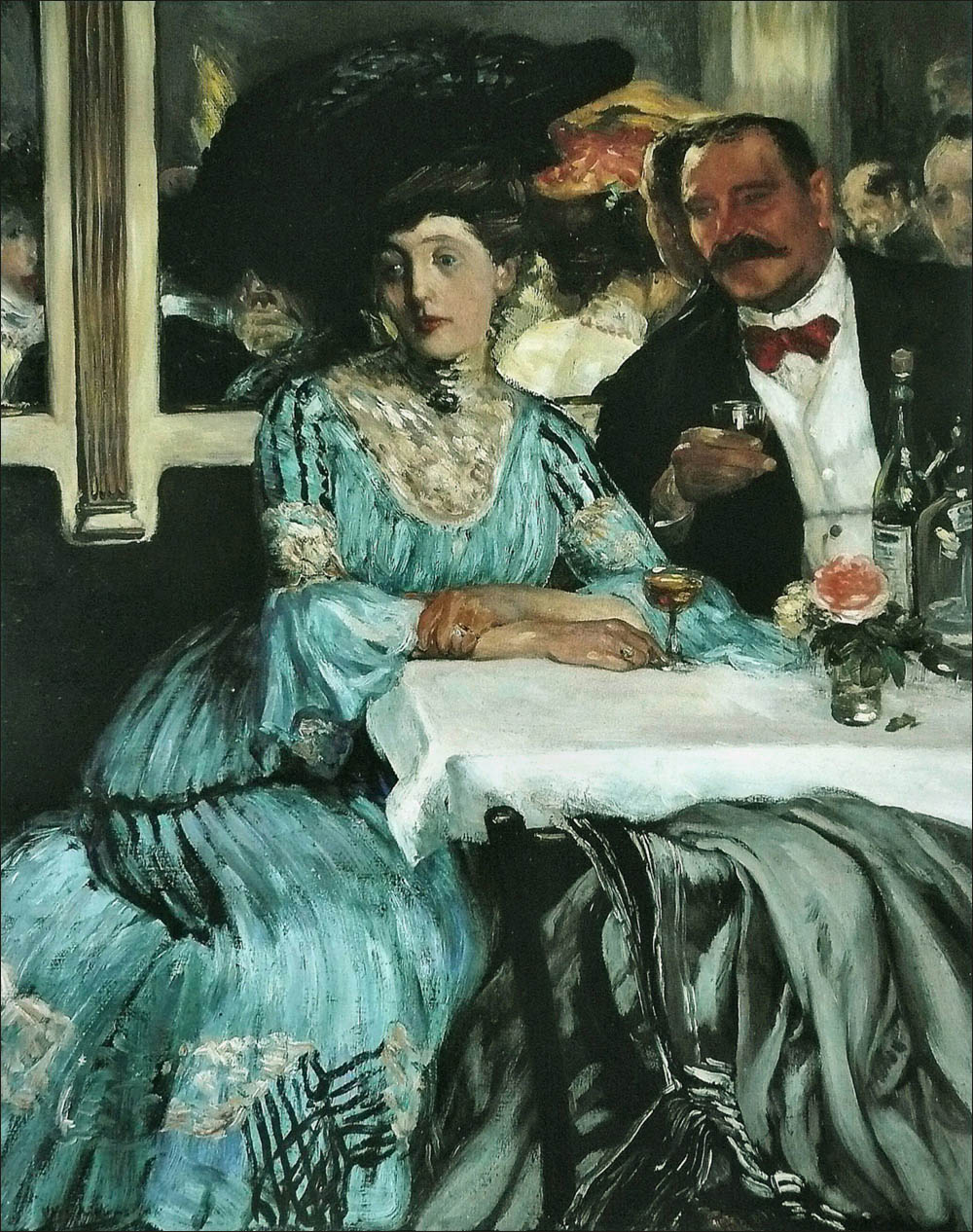 "At Mouquin's" is a 1905 oil on canvas by American painter William Glackens. 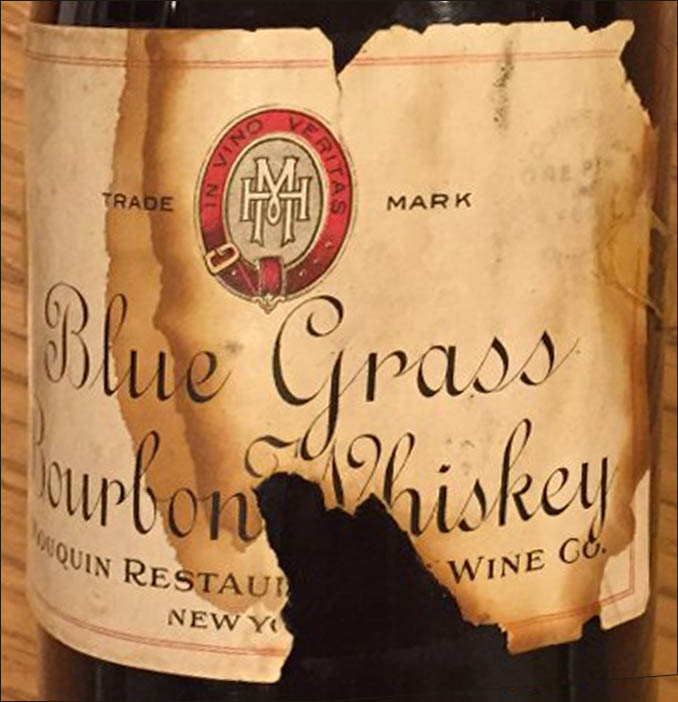 Notes: Mouquin Restaurant & Wine Co. was founded in 1857, and located at 456 Sixth Avenue in Manhattan and was one of the Gilded Age restaurants of New York City. The building was originally the Varian farmhouse, and for many years the place was known as the Knickerbocker Cottage.

Henri Mouquin (1837-1933) was born in Switzerland. His father and grandfather were both hoteliers. At age 17 he went to Paris, and then left Europe for the United States. His first job was as a waiter at Delmonico's in New York. His first restaurant was at the corner of Fulton and Nassau streets in Manhattan. He also opened a wine importing business and was at one time the largest wine importer in the U.S. The restaurant became popular and because of its relatively low prices brought many staples of French cuisine to New Yorkers previously unfamiliar with them. It is not known when the restaurant closed.

White body creamer with a blue belt logo at the front encircling the company's monogram of "MRW" and Co. At the top of the belt that is in the shape of a cameo is the slogan "In Vino Veritas" (in wine lies the truth).  A blue floral vine encircles the top of the creamer except for the front logo.