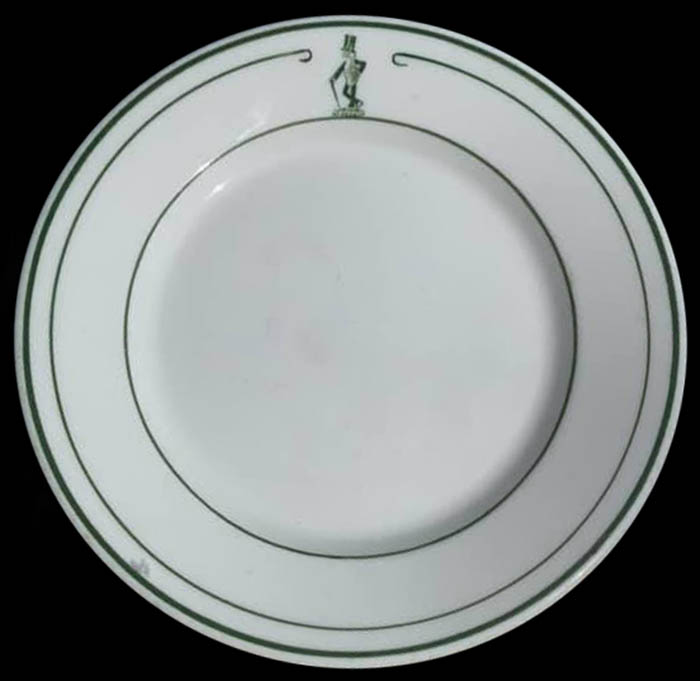 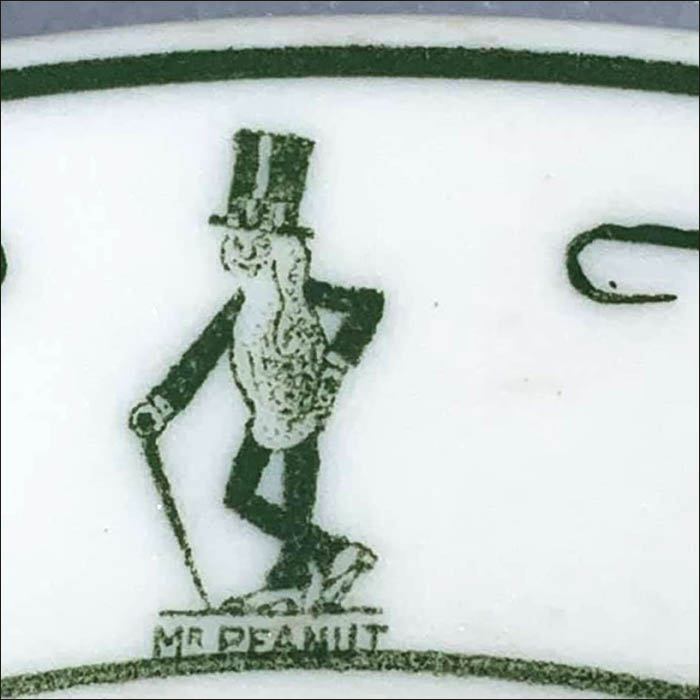 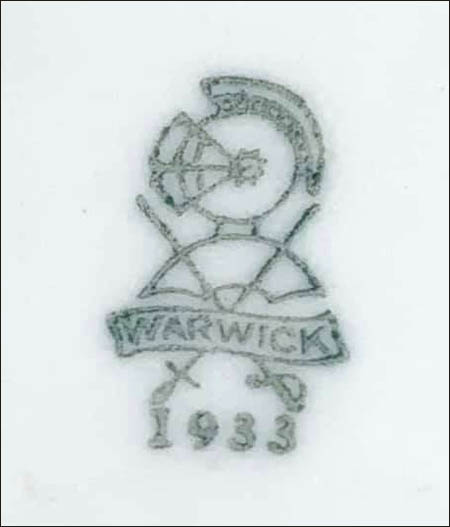 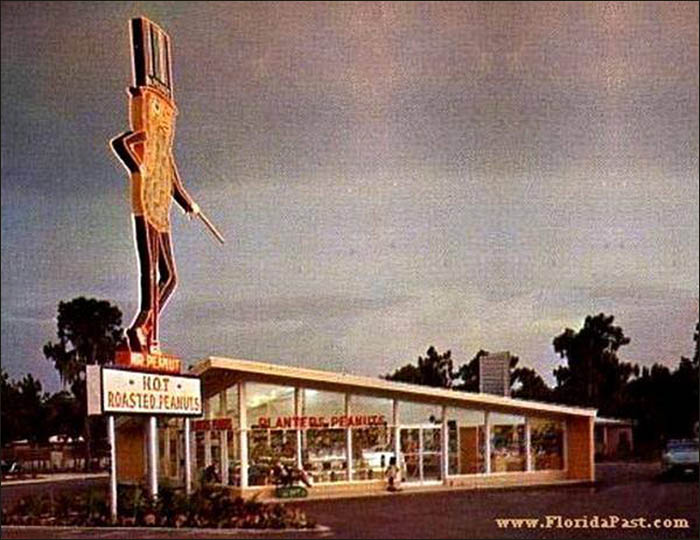 Notes: From the Wikipedia, "Mr. Peanut is the advertising logo and mascot of Planters, an American snack-food company owned by Hormel. He is depicted as an anthropomorphic peanut in its shell dressed in the formal clothing of an old-fashioned gentleman: top hat, monocle, white gloves, spats, and a cane."

"In 1916, a young schoolboy, Antonio Gentile, submitted drawings of an anthropomorphic peanut to a design contest. When his design was chosen, commercial artist Andrew S. Wallach added the monocle, top hat and cane to create the iconic image" …. "In 2006, Planters held an online contest to determine whether to add a bow tie, cufflinks or pocket watch to Mr. Peanut. The public voted for no changes."

The photo, shown above, is of a Mr. Peanut outlet in Jacksonville, Florida, in 1950 that boasted "Home of Mr. Peanut, Where World Famous Planters Peanuts Are Sold." These outlets are most likely where this topmarked china would have been used. From RoadsideArchitecture.com, "The company opened hundreds of Planters Peanut Shoppes in the 1930s and 1940s. By 1960, there were stores in more than 200 cities in the United States. The most famous stores in New York City's Times Square and the Atlantic City Boardwalk featured incredible neon signs."

Green-lined plate with somewhat awkward placement of the Mr. Peanut logo resting on the verge line that gives the plate quite an old-fashioned look, primitive look.