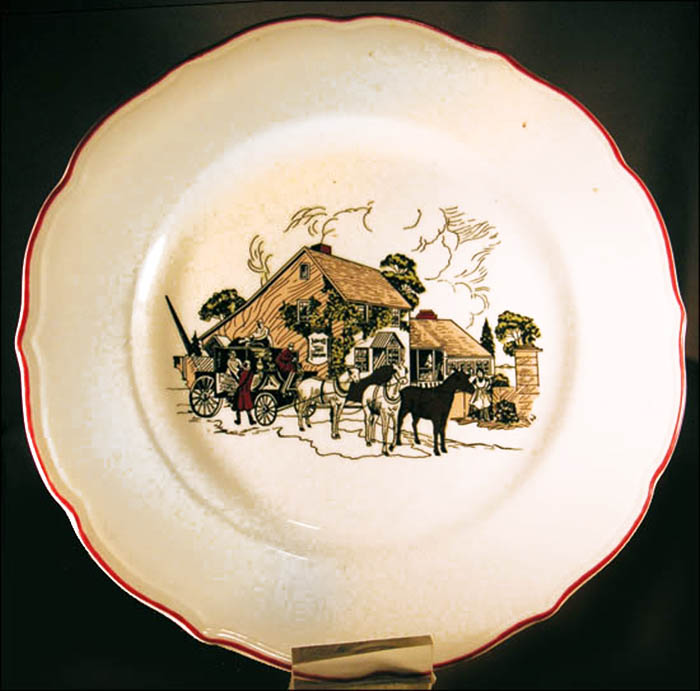 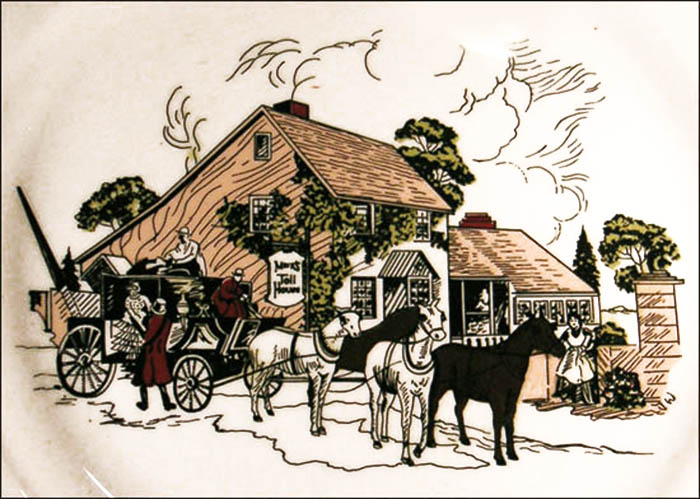 Notes: Mrs. K's Toll House Restaurant building began life in the 1800s as a toll house on the Washington, D.C. to Ashton, Maryland, turnpike. The toll was about 4¢ per horse. In the fall of 1929, Blanche and Harvey Kreuzberg purchased the property, which was then being operated as a tavern. On April 1, 1930 they opened for business as Mrs. K's Toll House Tavern. Mrs. Kreuzberg had a passion for antiques. Many of these are displayed throughout the restaurant, including a row of blue Staffordshire plates above the windows in one of the dining rooms. Located at 9201 Colesville Rd., Silver Spring, MD, the restaurant has been enlarged several times since it opened, and now seats 180 guests. As of 2016, Mrs. K's remains in operation.

Ten-inch plates with a red rim line, crested with full center well illustration of the building as it appeared in colonial times, with a small road-side sign containing Mrs. K's Toll House. This illustration also appears on circa 1950s matchbooks and business cards.