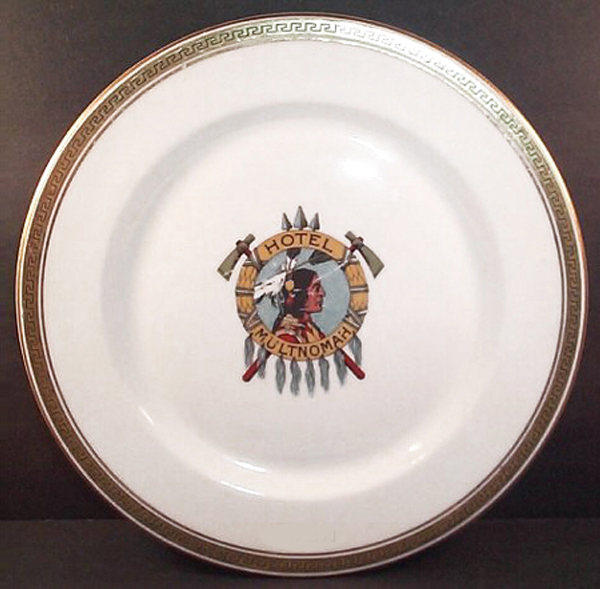 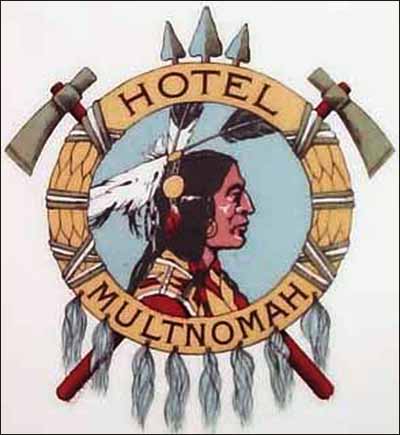 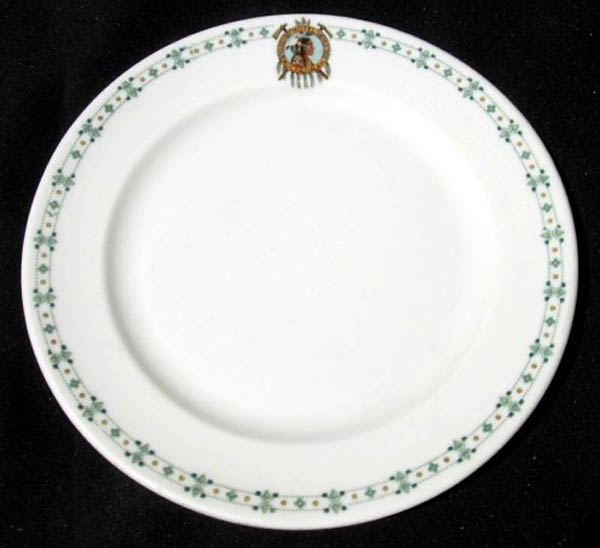 Notes: This 550-room hotel was built in 1912 and continued to operate as the Hotel Multnomah at 4th & Pine streets in Portland, Oregon until 1962. By 2006, it had become the Portland Embassy Suites. The service plate is most likely from the original order of china.