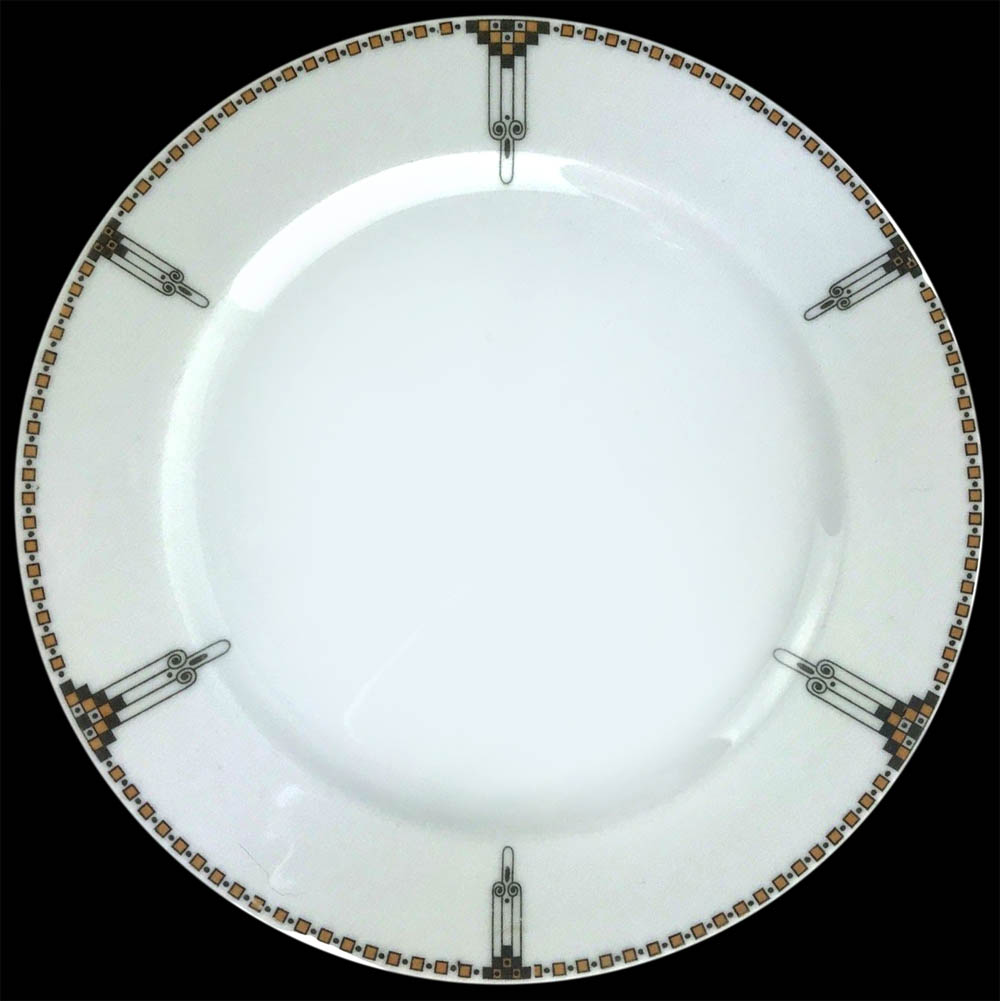 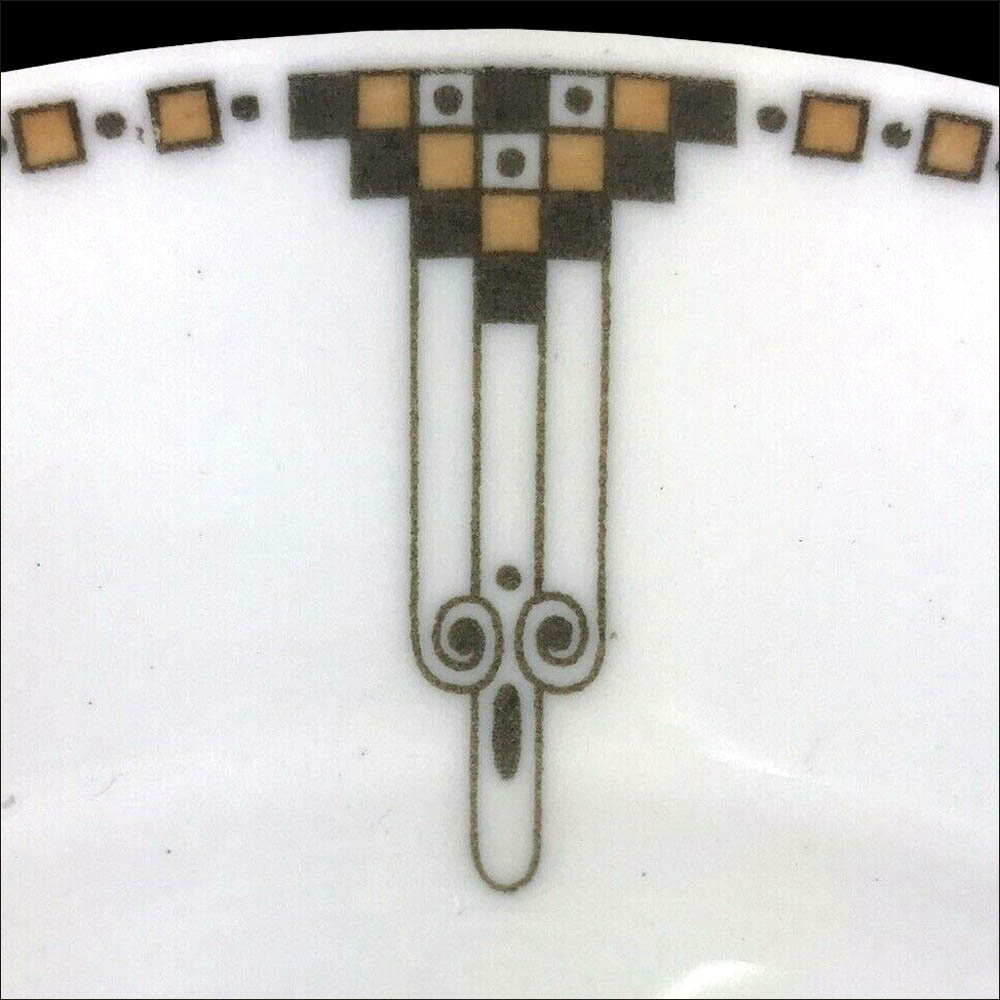 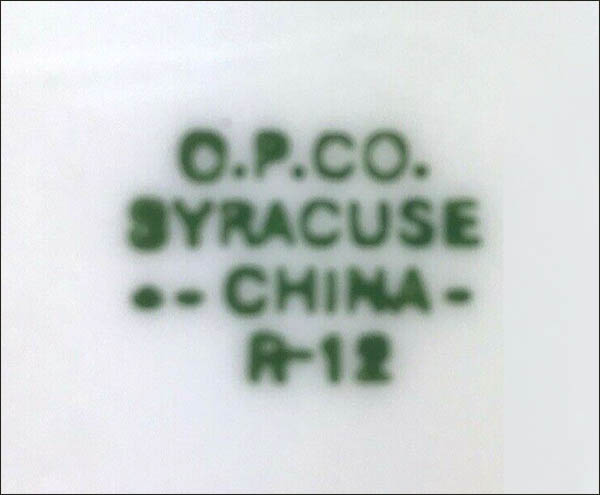 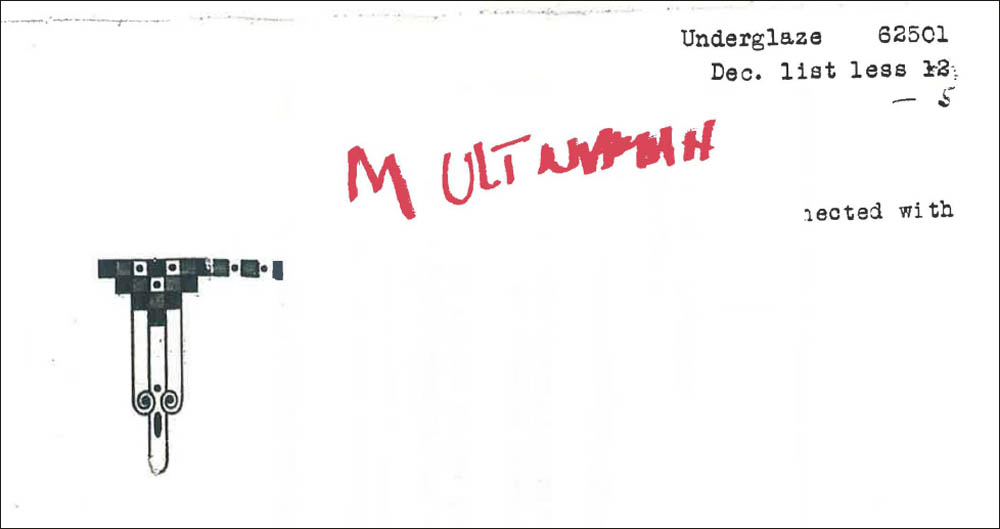 Notes: This classic early 20th century border with its Art Deco swags and pendants decoration of straight lines and squares is found in a binder of Syracuse underglaze patterns. As shown above, there is also a #62503 design with what we assume is a different combination of colors making it likely that this pattern is Syracuse's #62500 series. Also likely is that it was given a name in connection with a customer's order, but it is not known who that might have been.