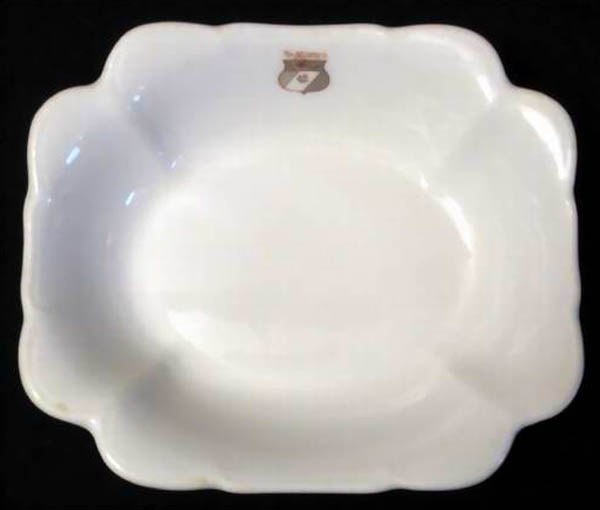 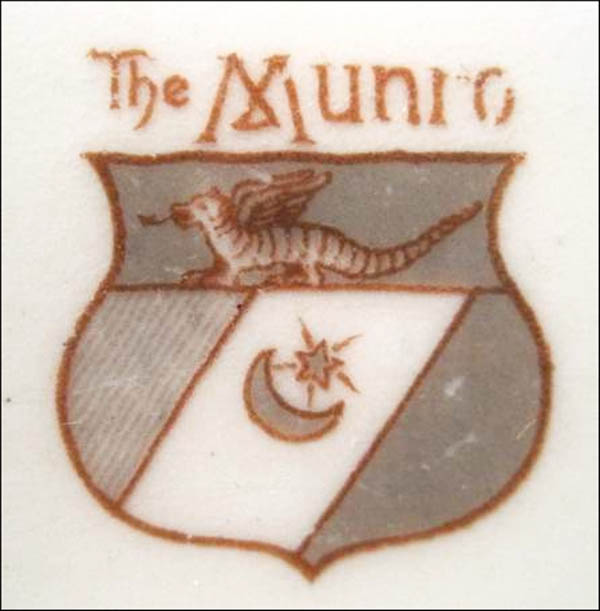 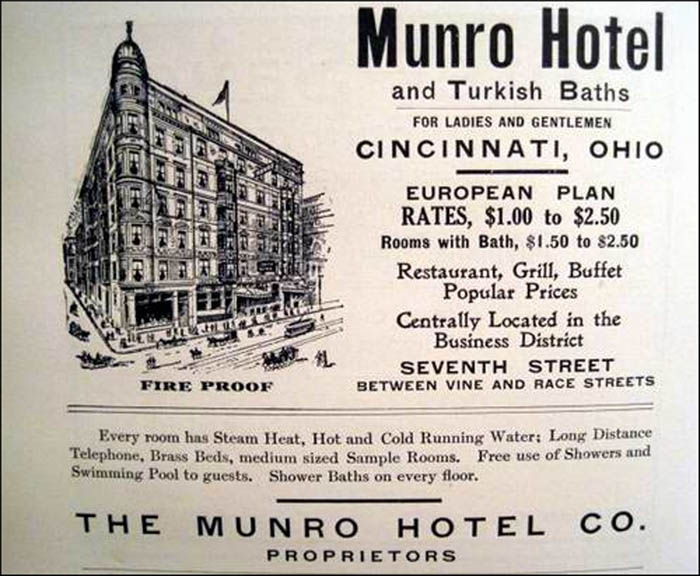 Notes: Located on 7th Street between Vine & Race in Cincinnati, OH, this hotel was probably built pre-1900s. The hotel was Victorian in character with 7-floors and 200-rooms. Originally a hotel for men only, ladies were allowed in the hotel circa 1910. It was listed in the 1922 Hotel Red Book (HRB), but not the 1925 HRB.

White body with a three-part crest: a half-moon and perhaps a dragon or griffin.