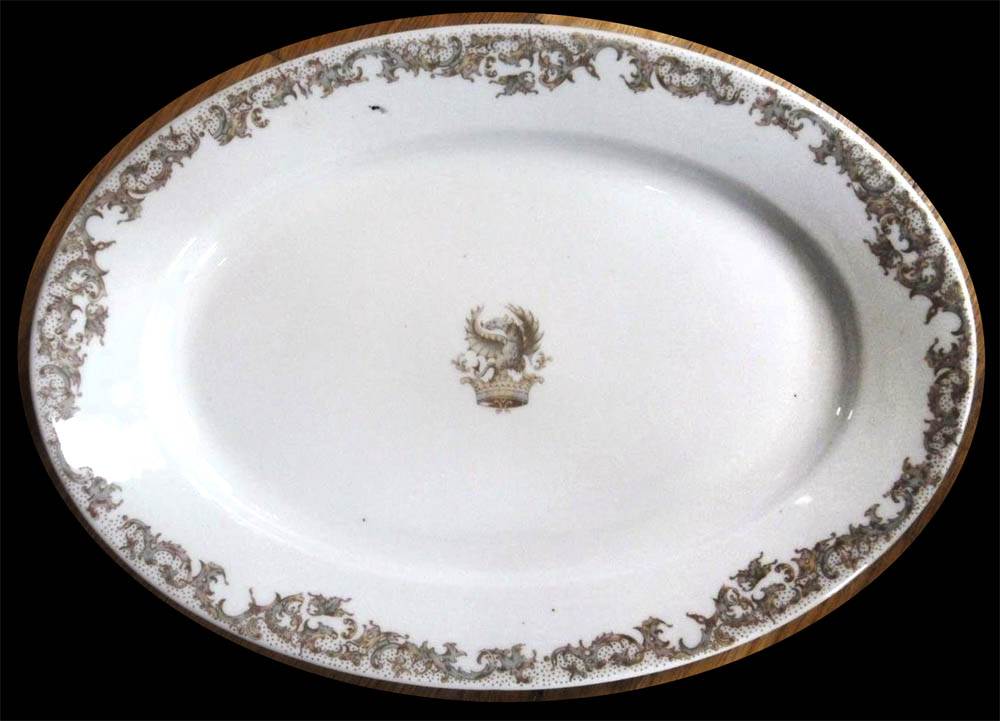 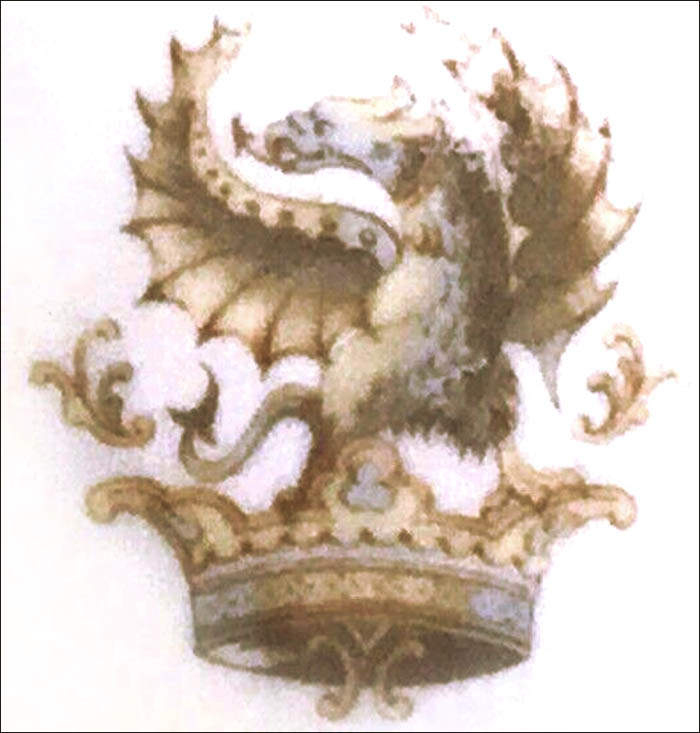 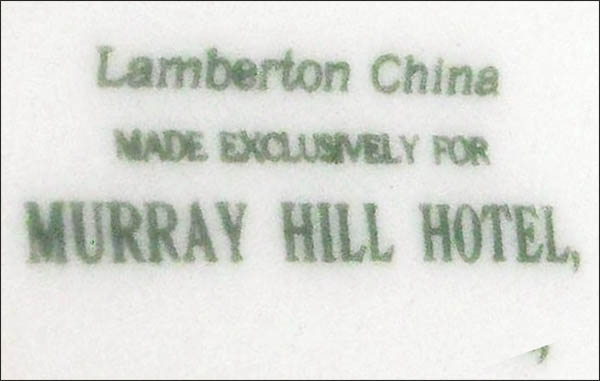 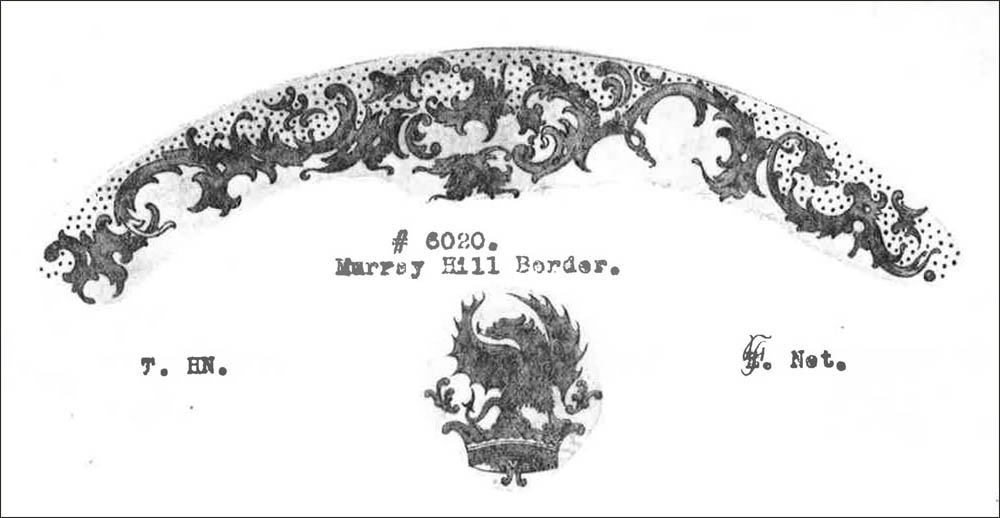 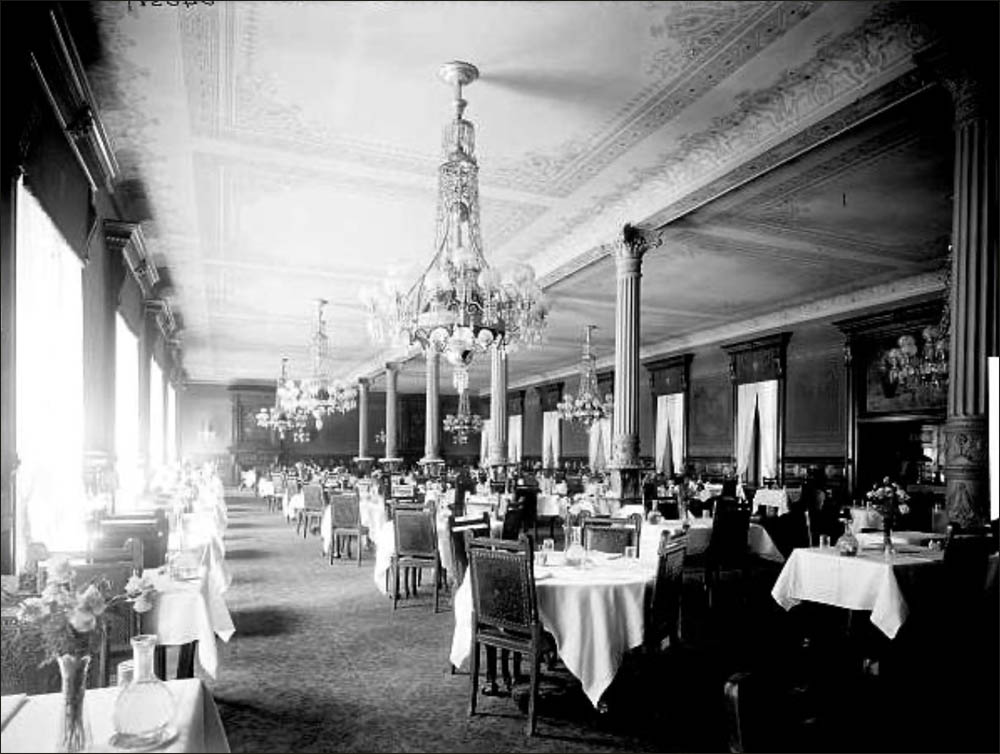 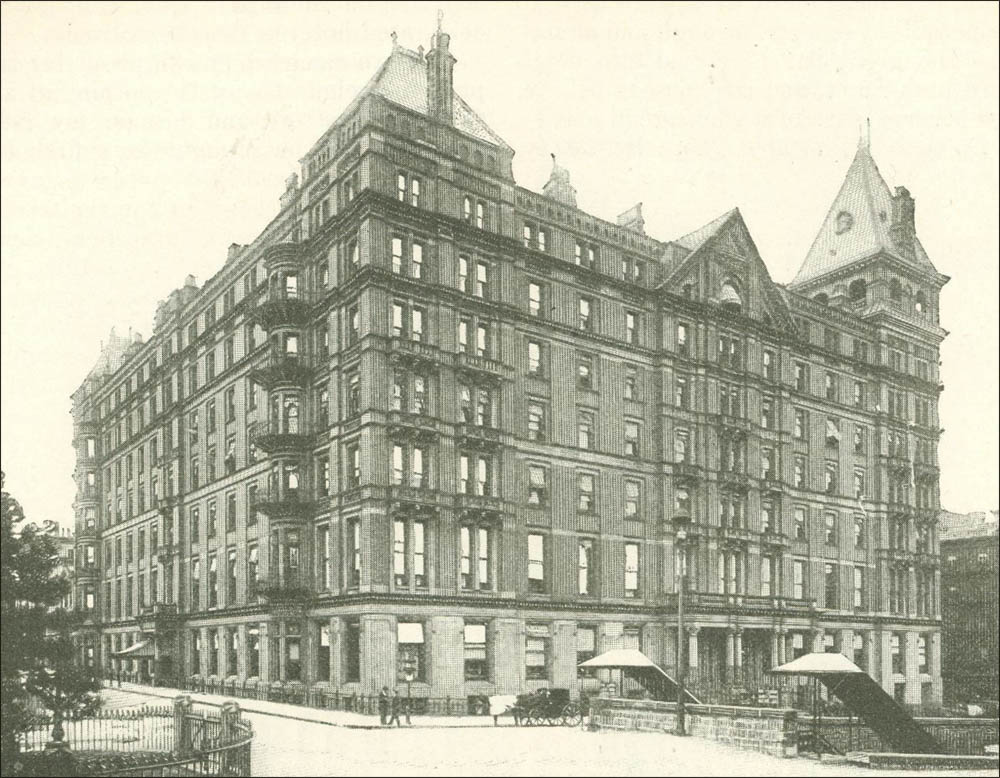 Notes: The eight-story, 600-room Murray Hill Hotel opened October 19, 1884, in New York City. It was located on Park Avenue between 40th & 41st Streets, across from Grand Central Depot. The Murray Hill offered guests the choice of American and European Plans, with two large dining rooms on the main floor. In 1918, it became part of the Bowman Hotels operation. It is listed in the 1945 Hotel Red Book as having 400 rooms, but not listed in 1946. The Murray Hill was demolished in 1947 and replaced by a 36-story office building.

Maddock created two versions of an overglaze acanthus scroll and dot border pattern for the Murray Hill.  This border was originally exclusively for the Murray Hill but was later offered to other potential customers. The Murray Hill crest used on this china is a winged griffin standing atop a crown.