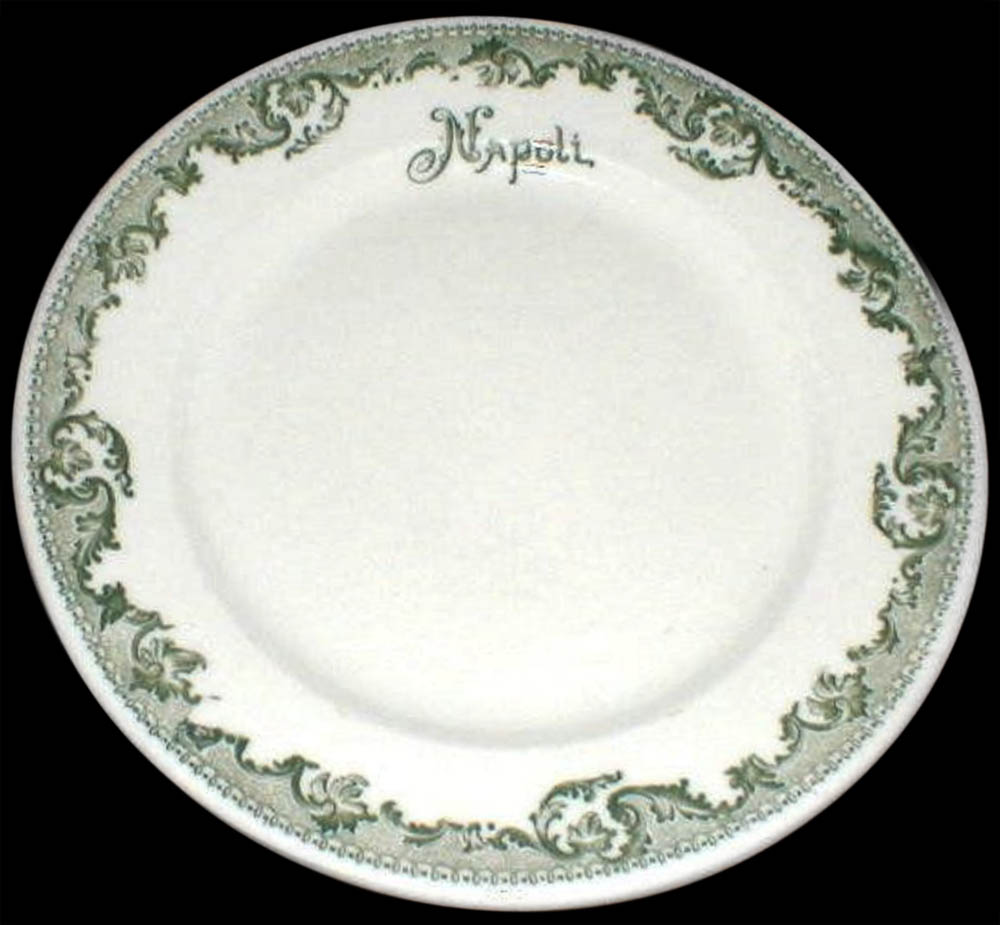 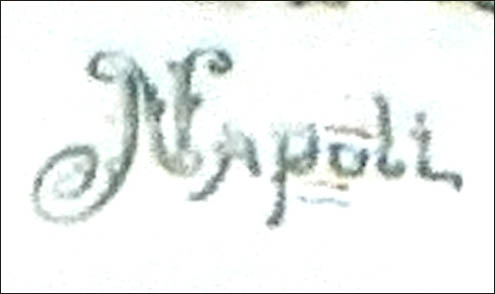 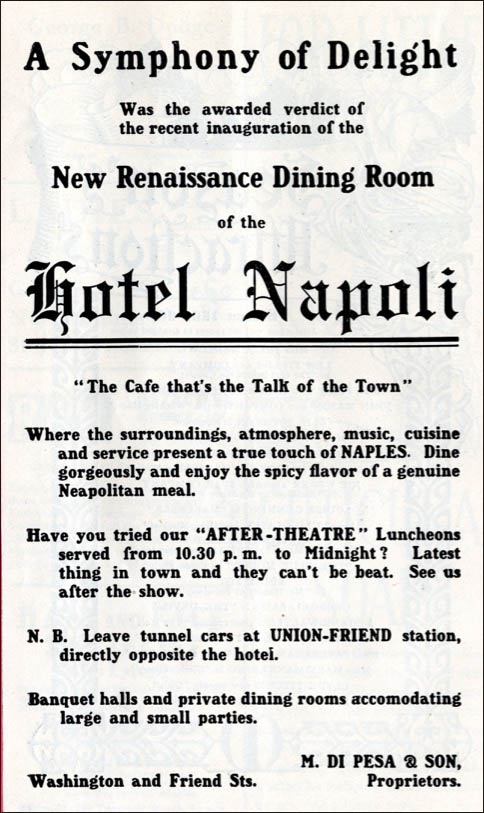 1907 Advertisement for Dining at the Hotel Napoli 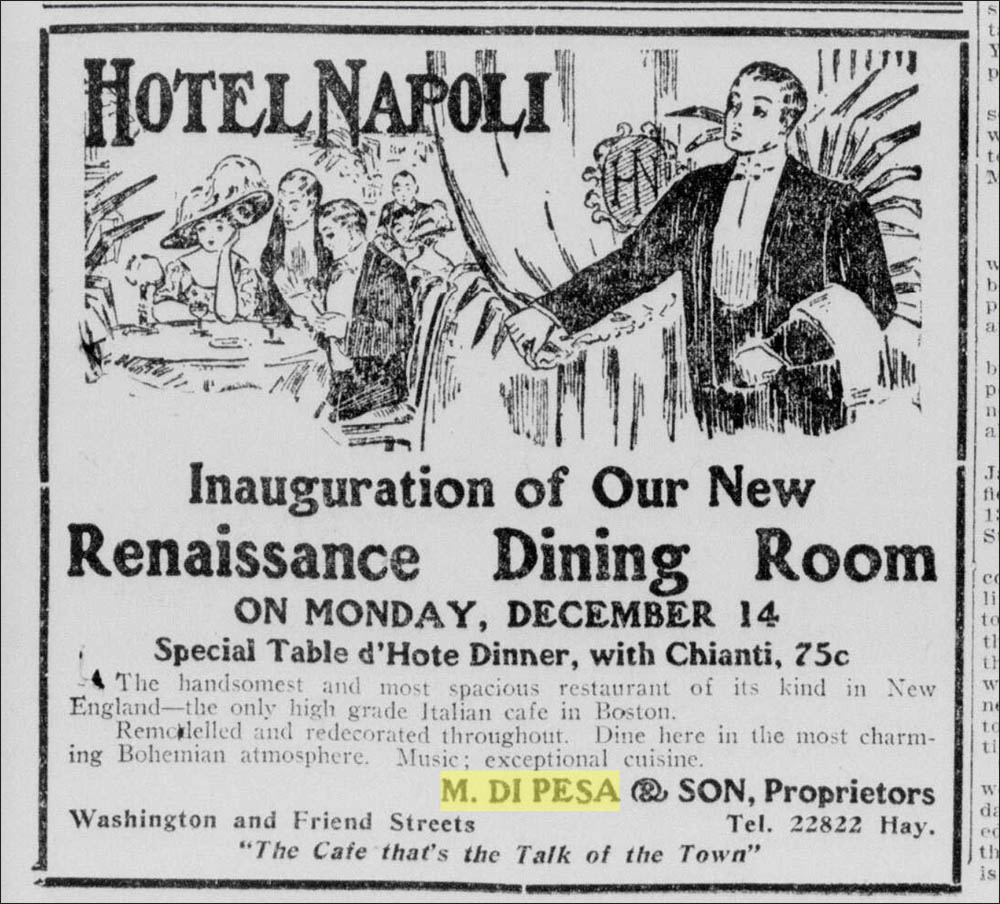 Notes: The Hotel Napoli, on the corner of Washington and Friend Street in Boston, Massachusetts, applied for a liquor license in December 1904, while the hotel was under construction. It is listed in a 1906 Boston Post article as one of the hotels allowed to sell liquor until 12 PM. Although it was named "Hotel Napoli" it appears to have been more of a restaurant operation.  It's 1907 business envelope promotes it as a "High Class Italian Restaurant". In addition to the Renaissance Dining Room there were banquet halls and private dining rooms for large and small parties. The Napoli advertised that it had seating for more than 400. Marciano Di Pesa & Son were the proprietors in 1905 and 1918. By 1920, it had been converted into a YMCA.

The china service that Maddock made for the Hotel Napoli is on American China base. The "Napoli" transfer crest is in fancy script lettering. The green transfer border is shown in the Maddock pattern sample book as "#170 New Buckingham."