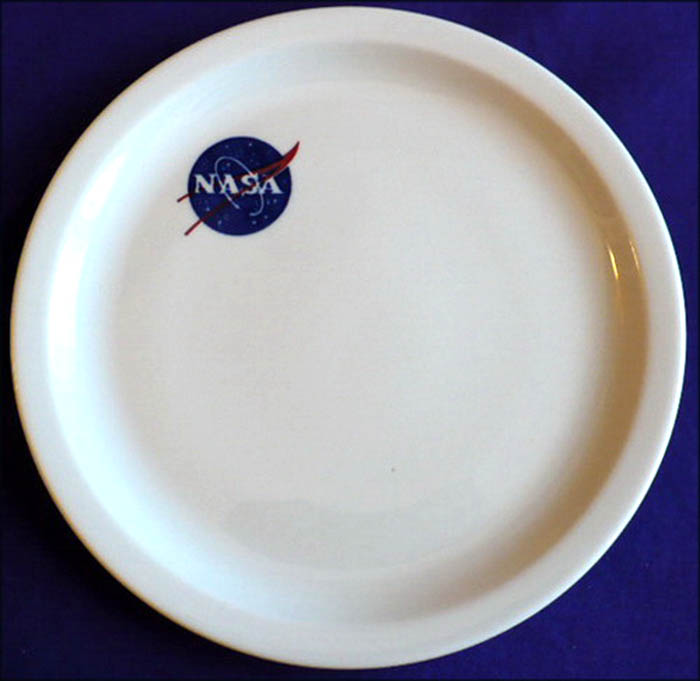 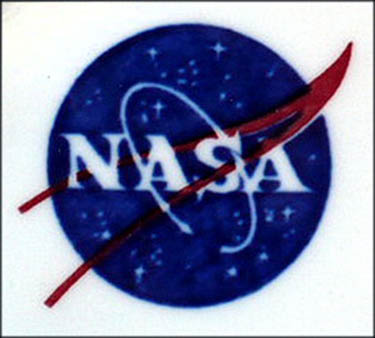 Notes: The National Aeronautics and Space Administration agency was formed in 1958 and has three logo designs, including the NASA insignia (referred to as the "meatball"), the NASA logotype (known as the "worm") and the NASA official seal (approved by Eisenhower in 1959). NASA later became more of a civilian space agency, responsible for the Apollo moon missions in the early 1960s along with other various projects.

The meatball NASA insignia shown above was designed by James Modarelli of the Lewis' Research Reports Division. Modarelli simplified the insignia, leaving only the white stars and orbital path on a round field of blue with a red vector, and then added the white N-A-S-A lettering. In this design, the sphere represents a planet, the stars represent space, the red chevron, in the alternate shape of the constellation Andromeda, is a wing representing aeronautics with an orbiting spacecraft going around the wing. The meatball insignia was used by NASA from 1959 through 1979 and then again from 1992 to present date. This china was likely used in the NASA cafeterias.