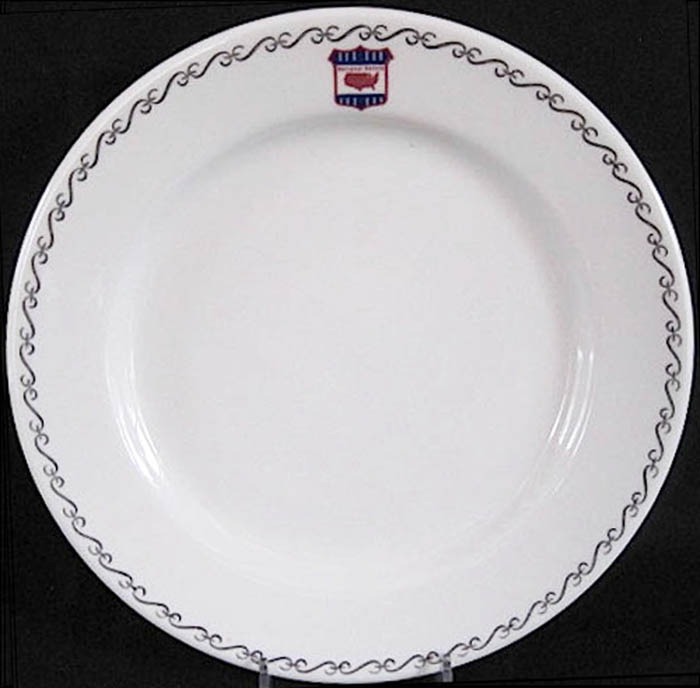 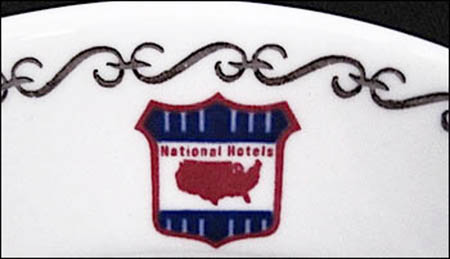 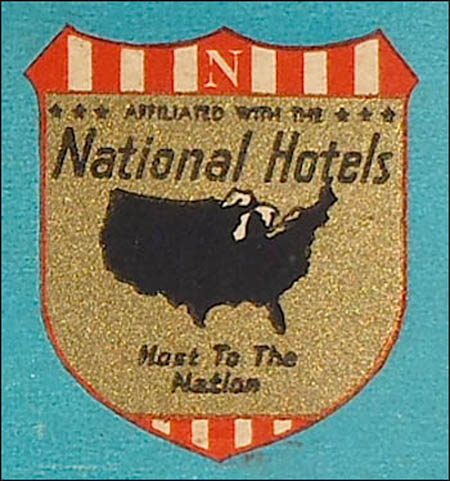 Notes: National Hotels was a hotel chain that in 1935 had 24 affiliated member hotels in Alabama, Louisiana, Mississippi, New Mexico, Oklahoma, Texas and Virginia. By 1948 there were 30 hotels members, and by 1968, there were just eight. The chains slogan was "Host To The Nation."

The plate has gray scroll work on the rim. The three-part shield in red, white and blue has an image of the United States map in red, with National Hotels placed above the map, also in red.