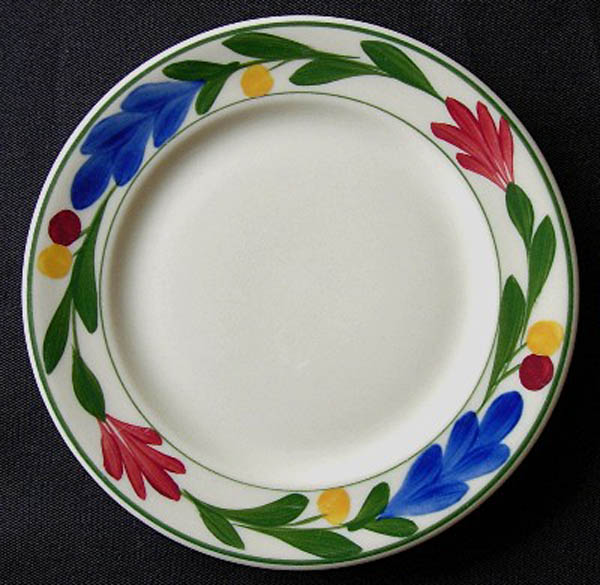 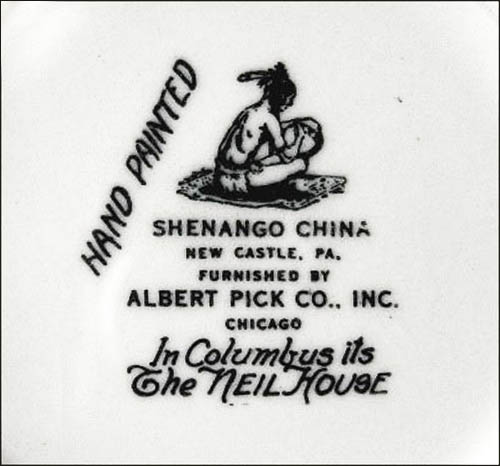 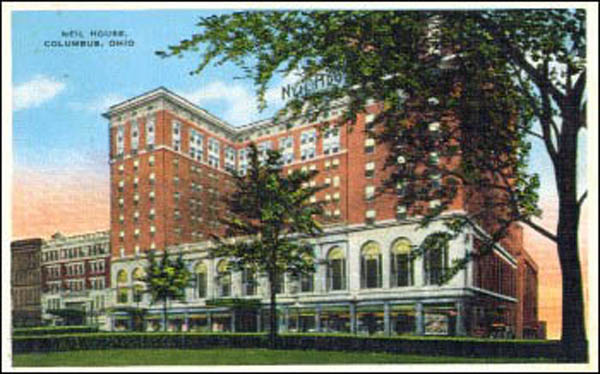 Notes: The Neil House in Columbus, Ohio, was one of three hotels of the same name at the same location across the street from the Statehouse. Named after William A. Neil, who made his fortune in the stagecoach business before the Civil War, the first Neil House was built circa 1850 and destroyed by fire in 1860. The second Neil House was an elegant five-story building and home to then-Ohio Governor William McKinley. It was razed and replaced in 1925 by a 10-story building and was sometimes called the New Neil House. The 655 rooms offered circulating ice water. A coffee shop and grill as well as a supper club and ballrooms kept this hotel as the center for society. Fourteen presidents used it as their residence when in Columbus. It closed in 1980 and was demolished in 1981 to make way for Huntington Center.

Handpainted floral and berry border in shades of blue, yellow and red with green leaves.