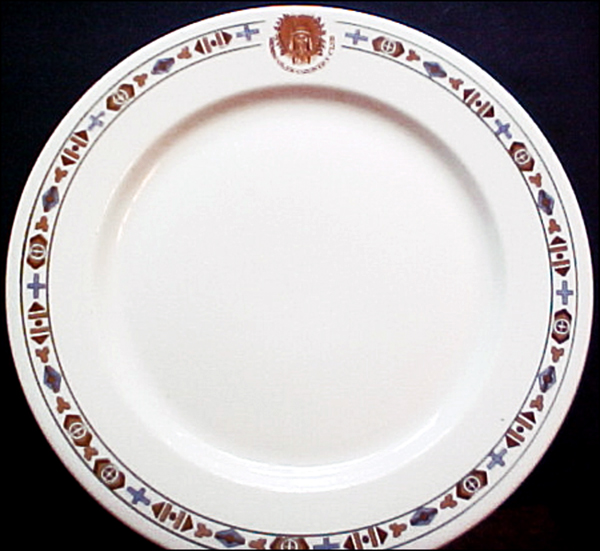 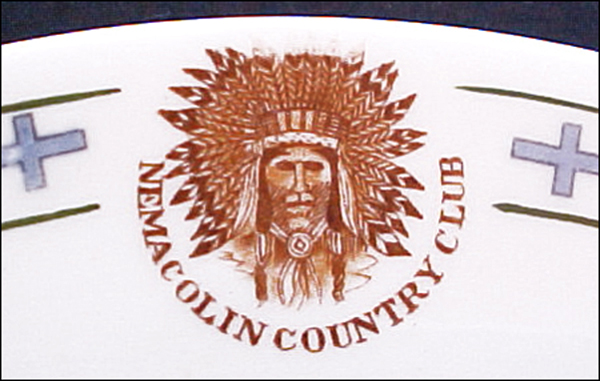 Notes: Established in 1919 on Route 40 West in Beallsville, Penn., the championship 18-hole golf course designed by A. W. Tillinghast opened in 1920. The club has been in existence for almost 90 years with complete dining and banquet facilities with amenities such as swimming pools and tennis courts.

White body with a brownish-rust colored logo and a Native American-style rim treatment of various symbols in shades of the brown/rust and a light blue. Image of Native American in full headdress at top of plate reading Nemacolin Country Club below, all in rust/brown.