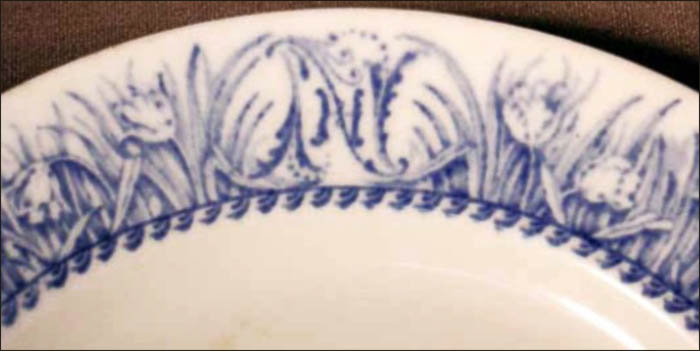 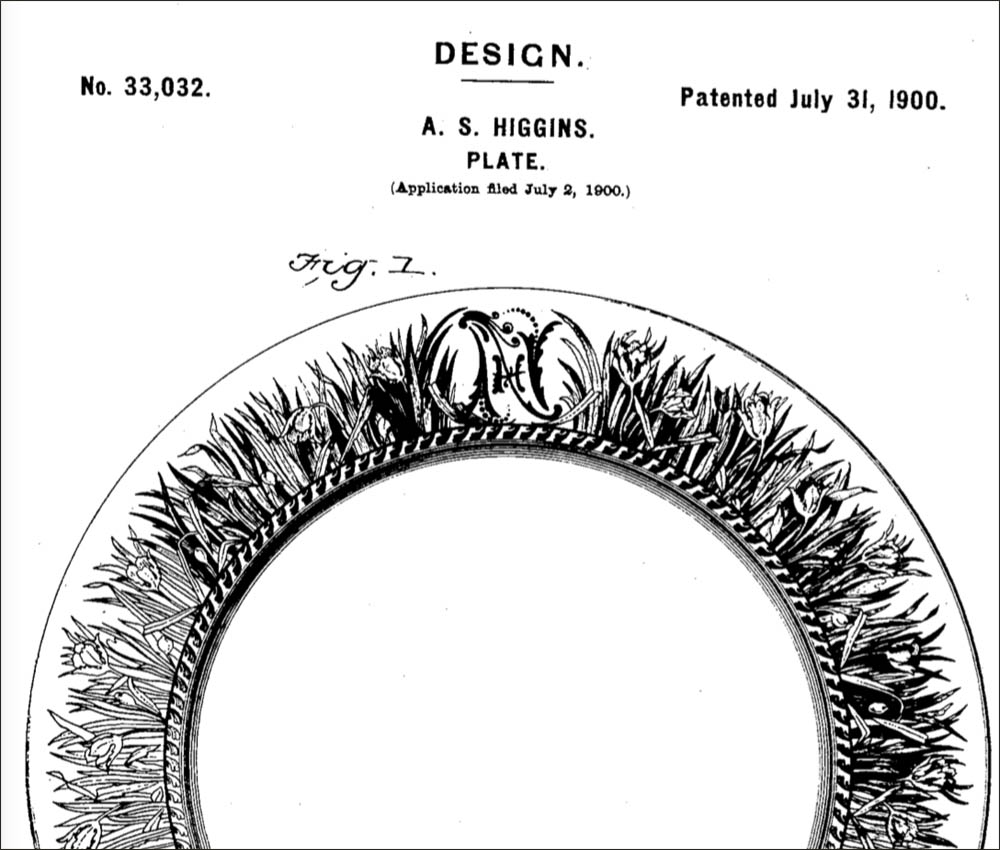 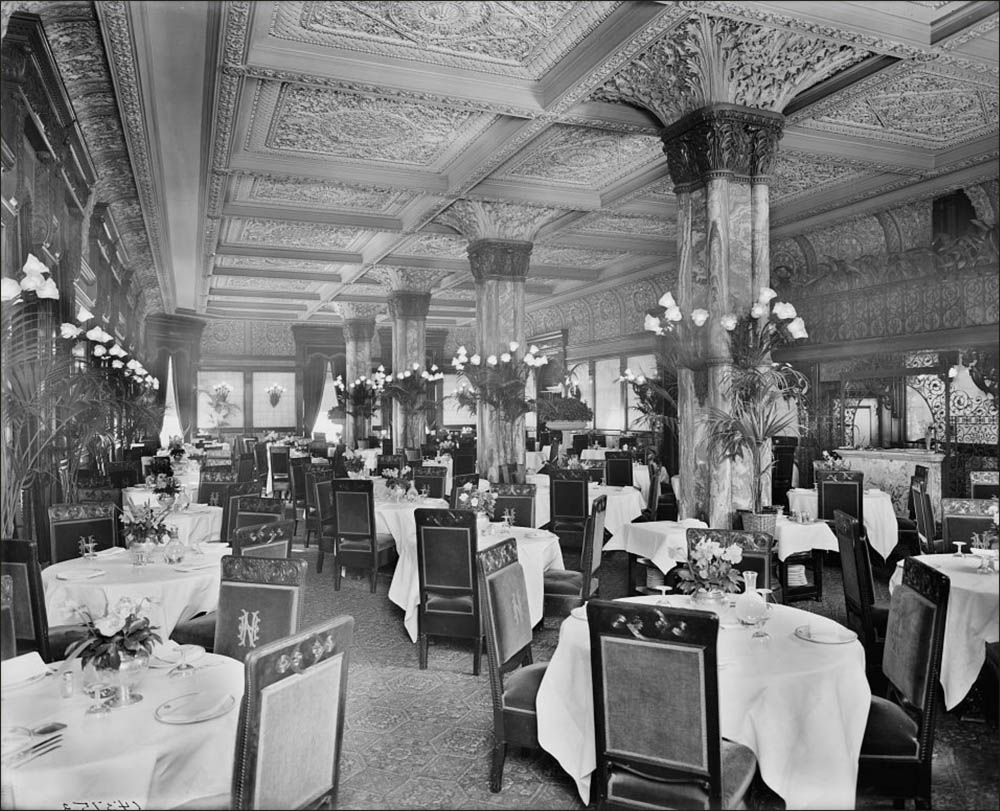 Dining Room at the Hotel Netherland 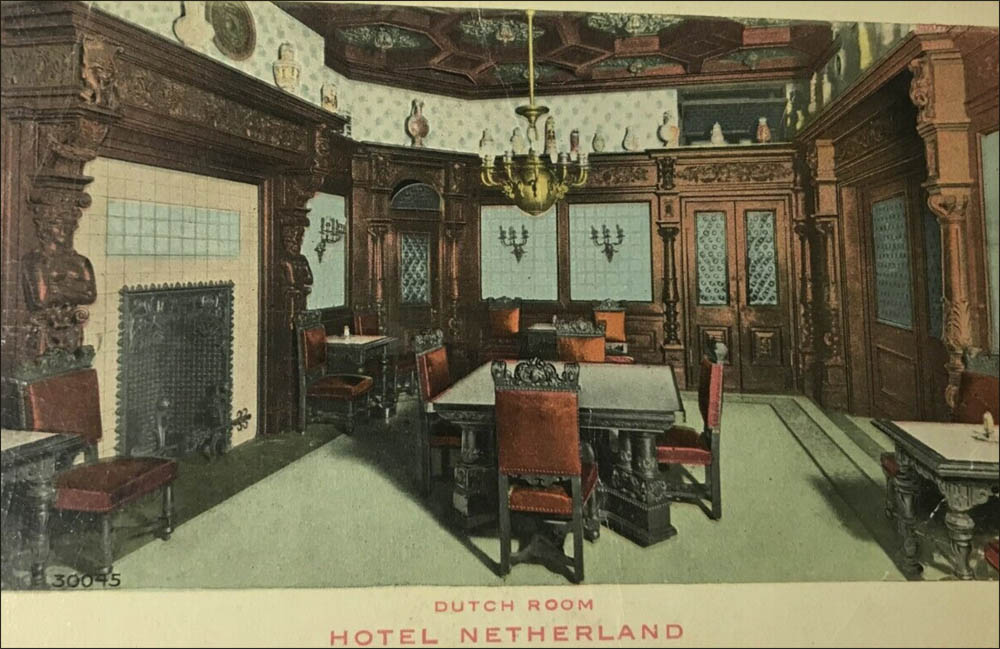 Dutch Room at the Hotel Netherland 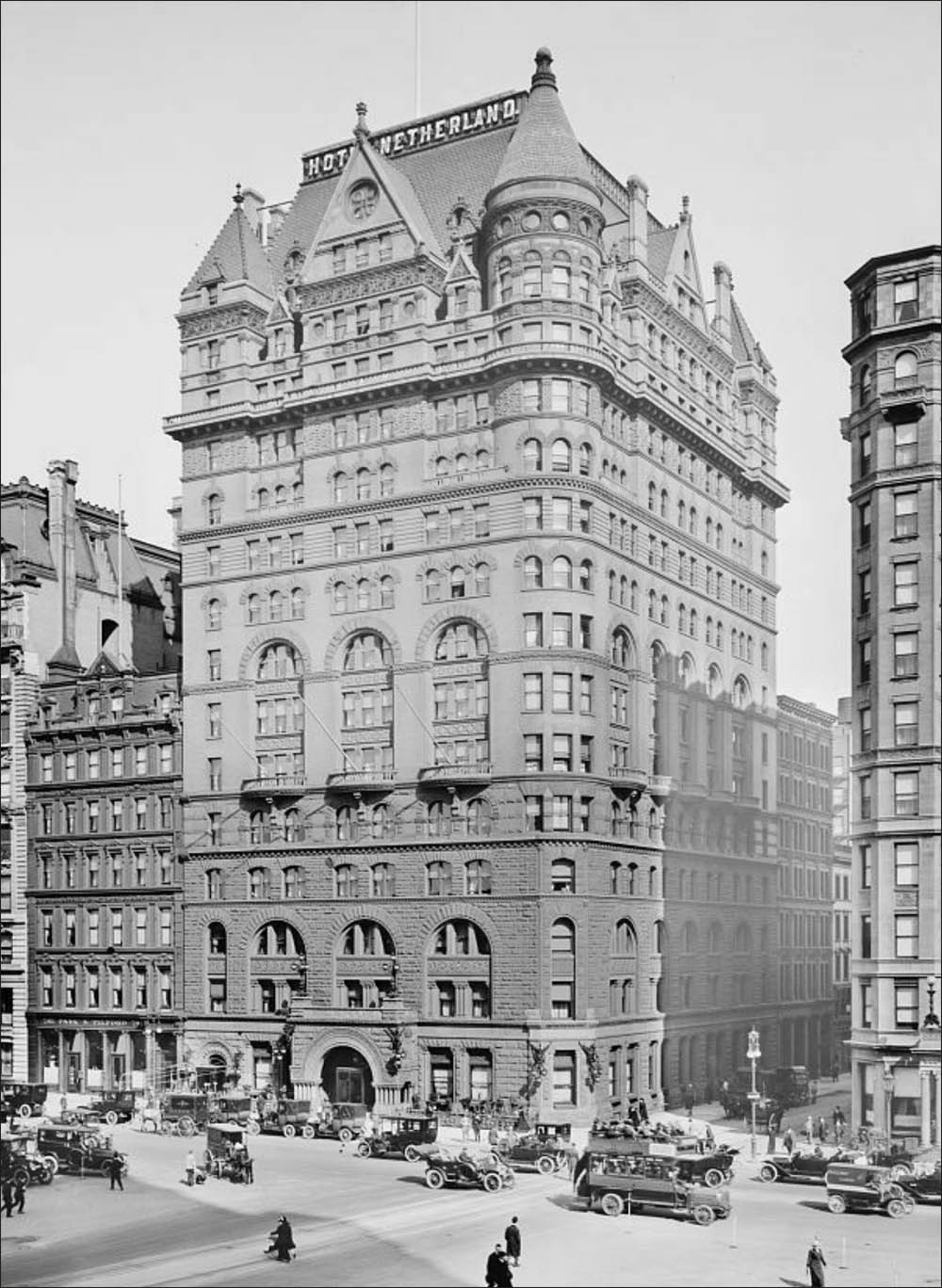 Notes: In 1891, William Waldorf Astor financed the construction of the Hotel Netherland, on the corner of 5th Avenue and 59th Street in New York City. When the 17-story hotel opened on May 25, 1893, it contained 360 rooms and 165 baths. The Netherland closed May 9, 1925.  It was torn down and replaced with the 38-story Sherry-Netherland Hotel, which opened in 1927.

On July 2, 1900, a patent was filed for a china border design of tulips with a "NH" monogram at the top. The patent was issued on July 31, 1900, (Des 33,032) to A. S. Higgins. Although Arthur S. Higgins is listed on the patent as the 'Inventor' he was not the designer of this pattern. Higgins was one of the owners of Higgins & Seiter, a New York china store, which had an unidentified artist create the design.  As owners of the design Higgins & Seiter could control who produced this china pattern they had created for the Hotel Netherland.  They were a distributor for Maddock Pottery, which got the contract to manufacture this china service.

An early photograph of the Hotel Netherland main dining room shows china with a crest below a narrow border, so there was at least one other china service made for the Netherland.