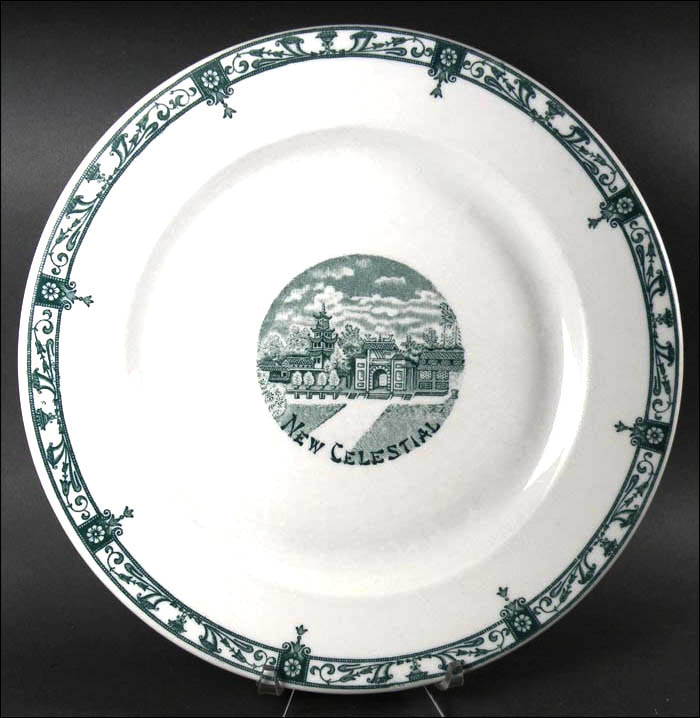 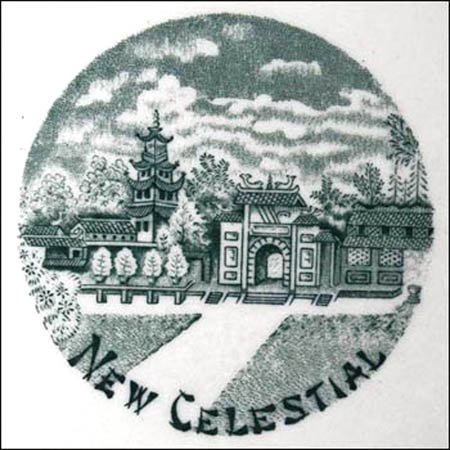 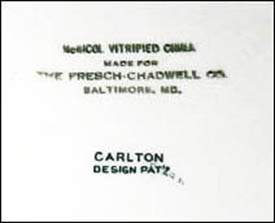 Notes: In the absence of any other hits for "New Celestial" other than in Maryland, and considering that the distributor for this plate was Fresch-Chadwell, a well-known Baltimore company, we're confident that this plate was used at the New Celestial at 117 North Howard Street in Baltimore, a "Restaurant of Distinction," according to its ad in the 1931-32 newspaper/yearbook Tower Light, of the Maryland State Normal School at Towson, Md.

The ad touted its luncheons and dinners and music and dancing, with no cover charge.

The white plate is bordered with McNicol's Carlton pattern in dark teal green – stylized flowers between dotted concentric lines with floral ornaments extending toward the verge. In the well is a circular design, also in dark green, of Chinese buildings with a pagoda look, and within the circle at the bottom of the logo, New Celestial displayed in a bamboo style font.