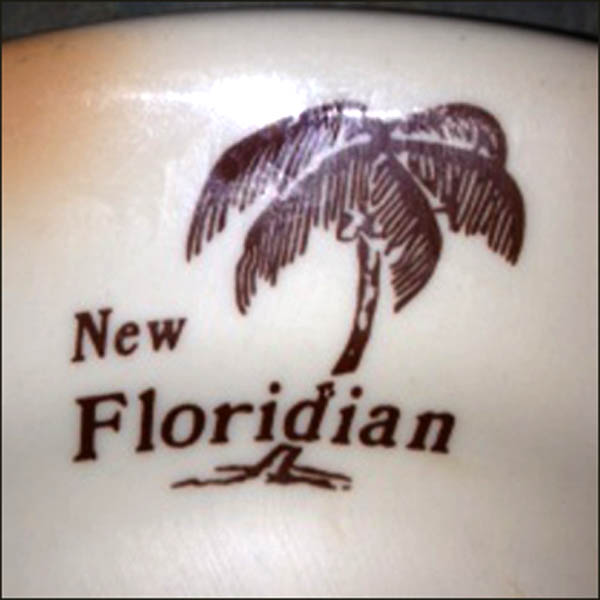 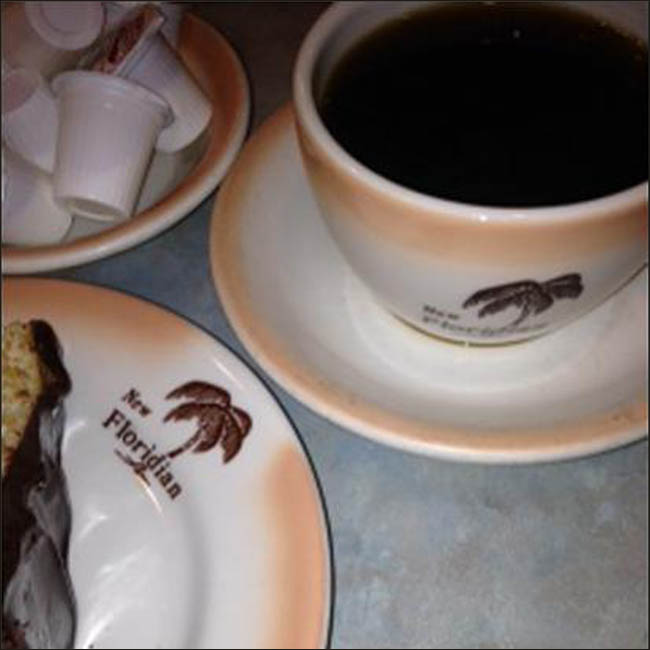 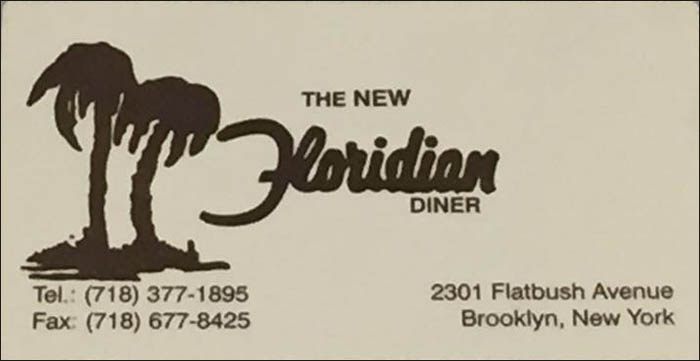 White body with apricot airbrushed rim border, topmarked "New Floridian" against the base of a large palm tree, all in dark brown. This pattern was produced by several other manufacturers, including Mayer, Buffalo and Shenango China.