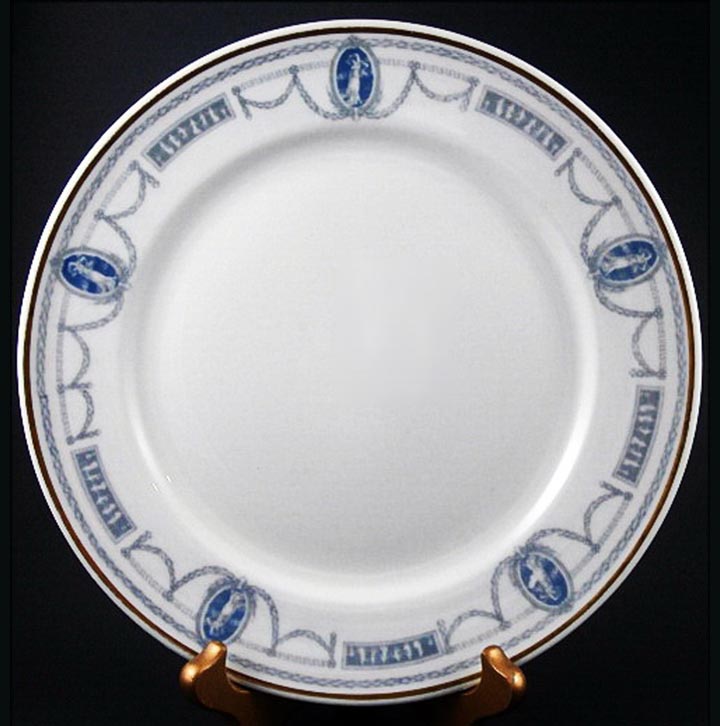 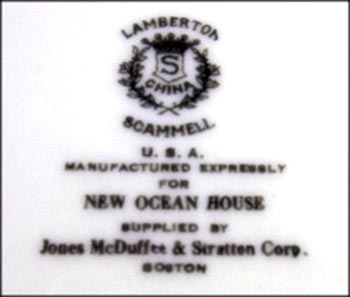 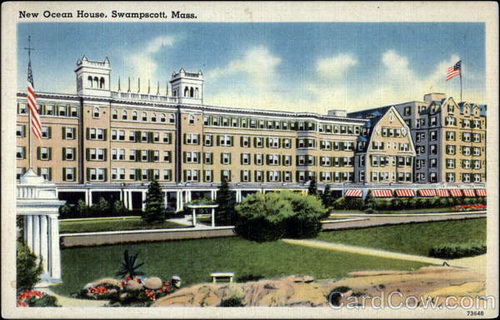 Notes: The New Ocean House opened circa 1901 and was located in Swampscott, Mass. The hotel was situated right at the water's edge on Puritan Road, the oldest and most famous Indian Trail along the North Shore. Among the amenities were electric call bells in the rooms, a telephone and an elevator. In 1917, the seven-story Puritan Hall was opened, increasing the number of rooms to more than 500.

Among its famous guests were President John F. Kennedy, Helen Keller, Harpo Marx, Lucille Ball, Babe Ruth and Herbert Hoover. In 1961, a million dollar renovation was completed. On May 8, 1969, a fire broke out and the lobby was engulfed in flames. Firefighters from all of New England helped fight the fire and pool water was even used to help combat the blaze.

After the 1969 fire, condominiums were built on some of the land. The only visible remnant of the New Ocean House is the cement exedra seat on the Puritan Road side of the street where the swimming pool had been.

Lamberton China white body. Blue and gray oval medallions with goddesses in the center surrounded by a swag pattern and rectangles with several goddesses inside. Gray laurel and Greek key outer border design with pinline around the rim.