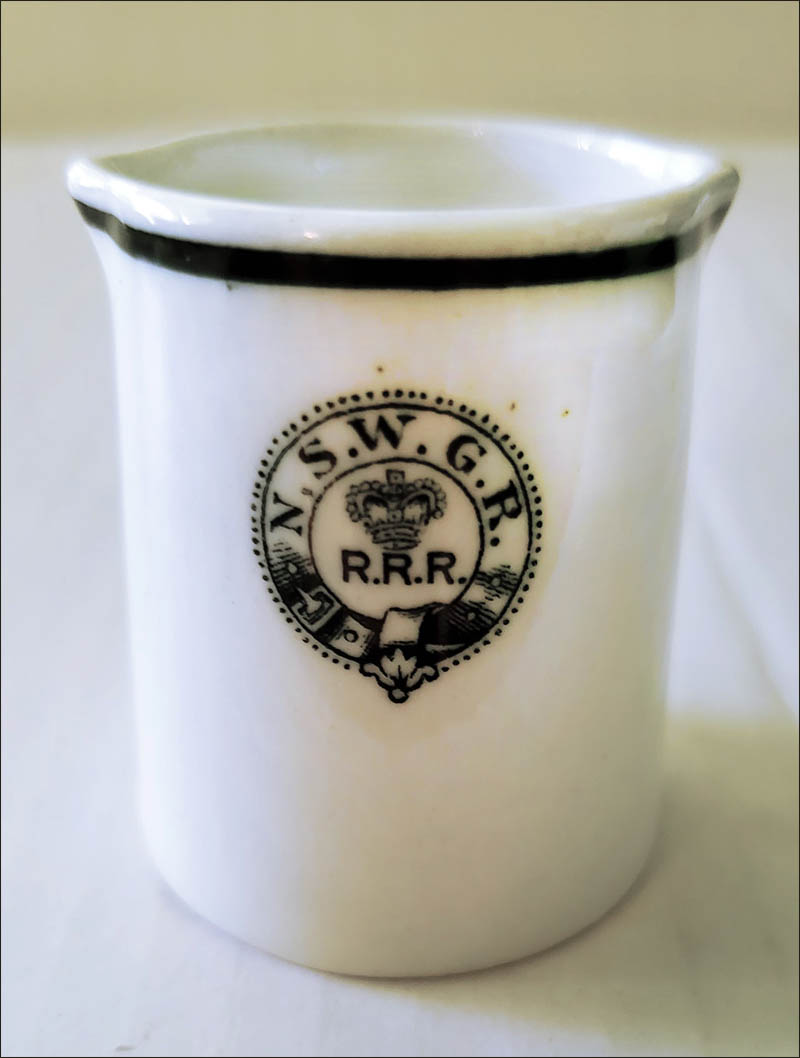 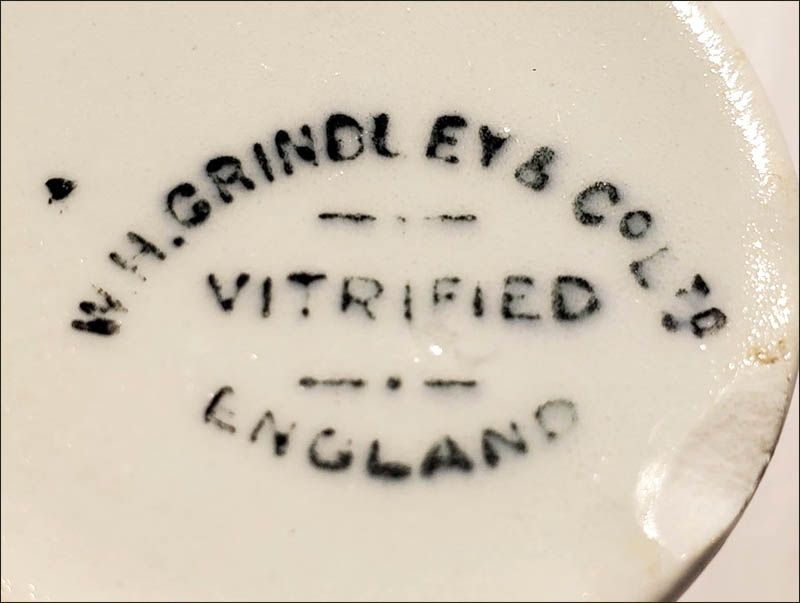 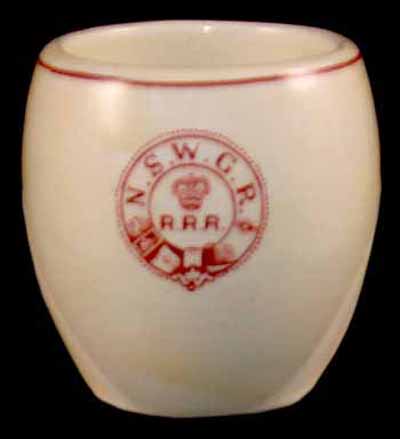 With the central RRR initials, this NSWGR cup would have been used in a Railway Refreshment Room (RRR), which seem to have been Australia's equivalent of America's Harvey Houses – restaurants located at train stations set up to greet arriving trains and to have hot meals ready in a hurry for their passengers.

About the logo: Richard Milne, who is the RWCN's authority on all things Oz, wrote about what we might think is a belt that forms the border: "Although we have been calling it a belt it is, heraldically speaking, a garter. Here is a definition from Boutell's Heraldry: 'Garter: a strap or a riband fastened with a buckle so as to form a circle.'"

While this piece does not have a backstamped date code, a similar pattern is shown in Restaurant China Volume 1, dated 1957. This decoration would have been limited in American china to the early third of the 20th century, but apparently Australian railways used it into the 1970s.