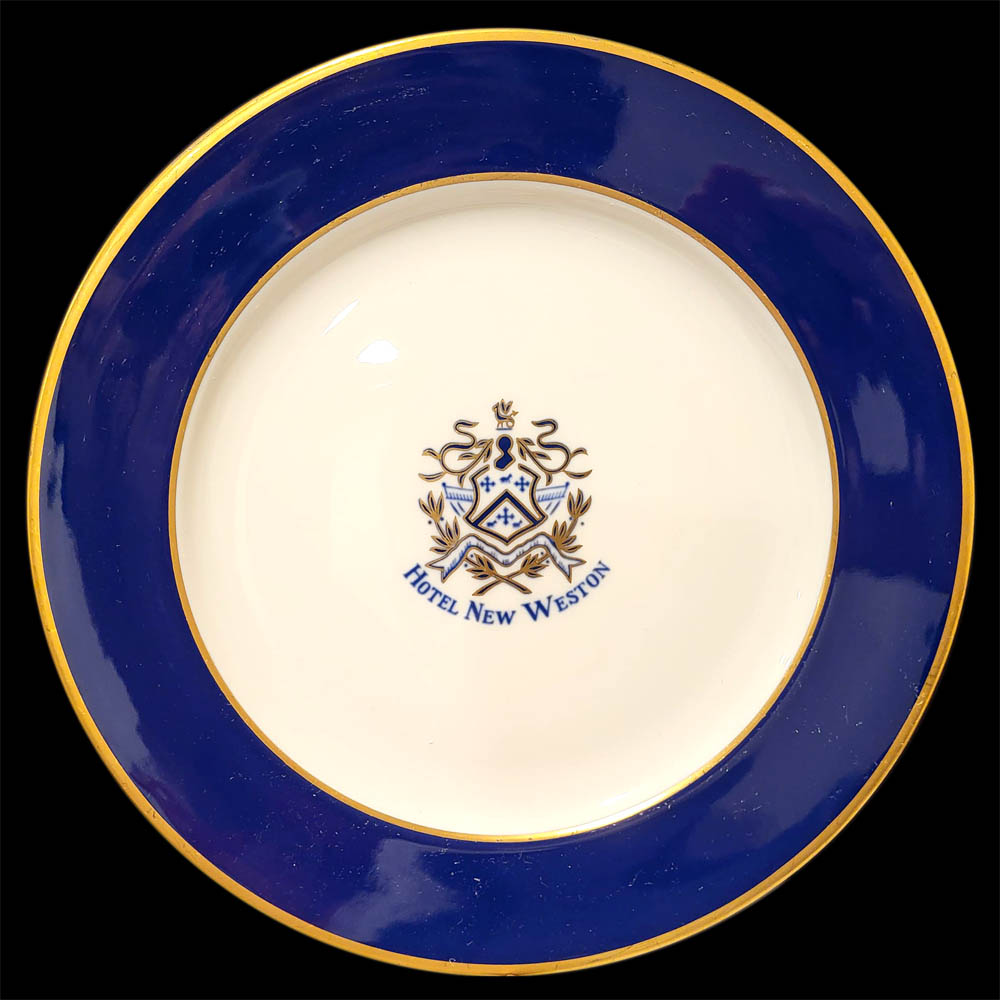 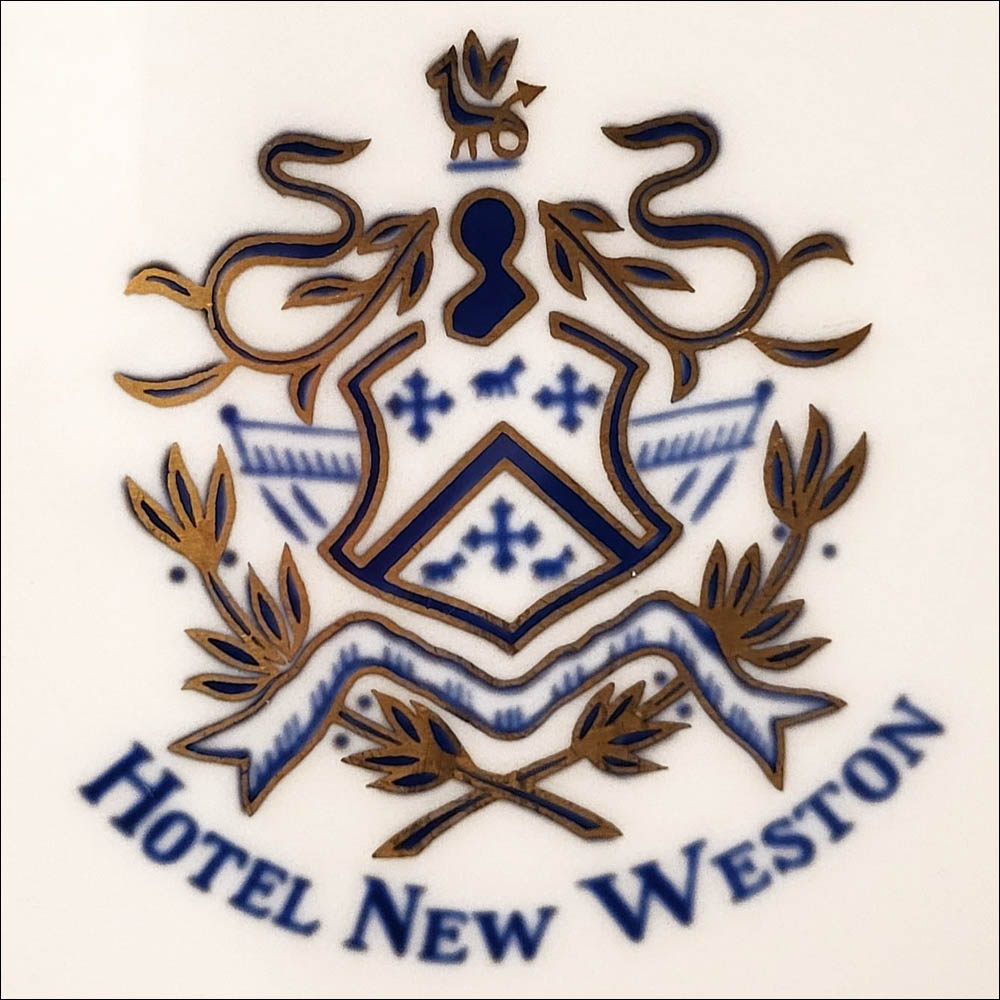 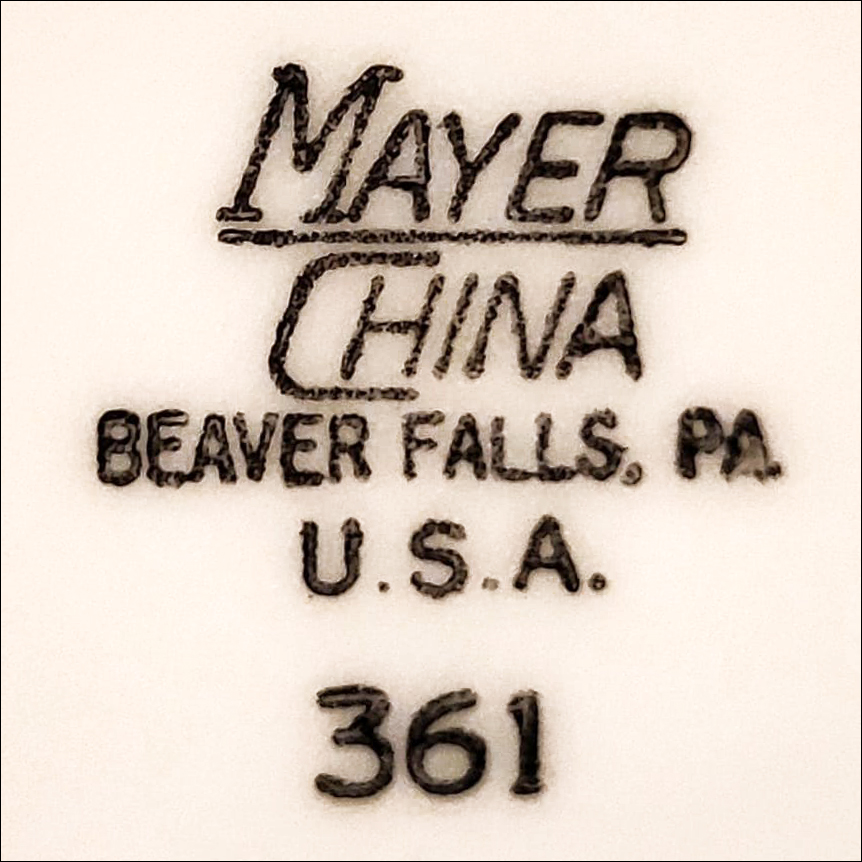 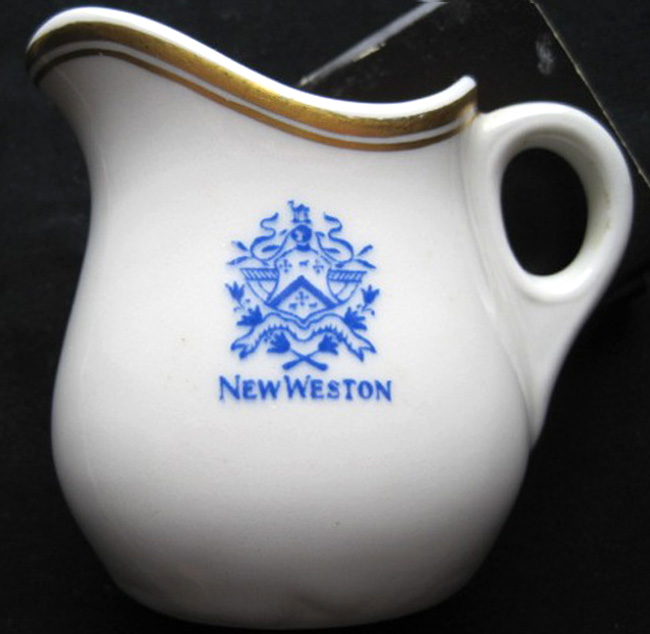 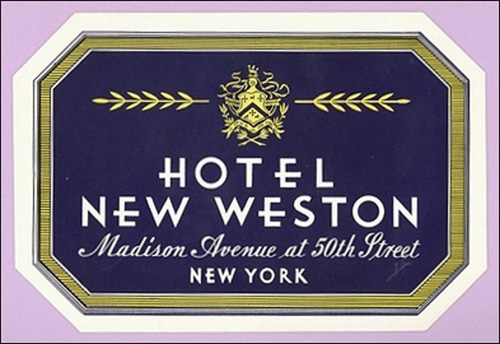 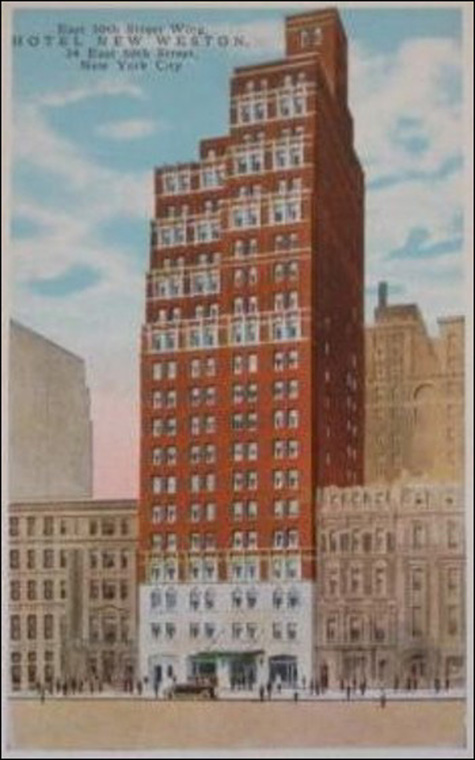 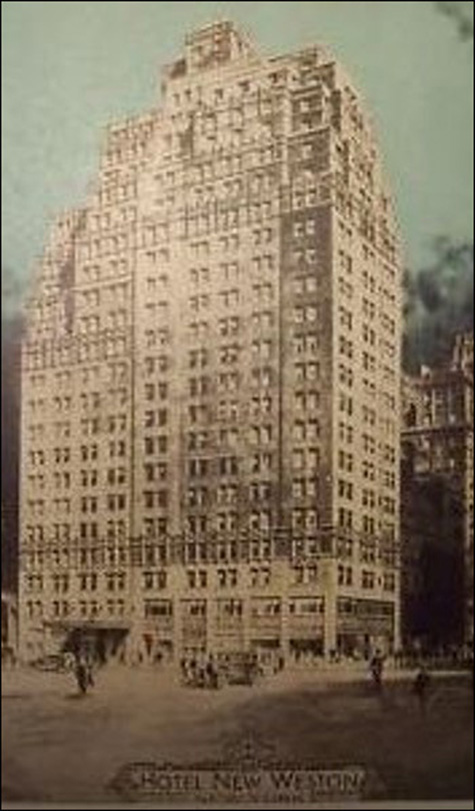 Notes: According to correspondence between Louis Zukofsky and Ezra Pound, the New Weston Hotel was opened by Pound's great-aunt, Frances Amelia Weston, in New York City in 1906. She was forced to sell it at a loss in 1909. "IZ it a coincidence, or do you know what the Noo Weston is the drain wot swaggered all the family fortune & left me bareassed on the pavement."

Architect Herbert Lucas, formerly of McKim, Mead & White, supervised construction of the $1 million-plus hotel. The 12-story, 200-room hotel originally was built as "an apartment hotel with unfurnished apartments on yearly lease; or furnished apartments and rooms permanently or transiently."

"The interior decorations of the hotel are of the best type, and are the work of Arthur Brounet, who recently completed the decorations in the Riverside Drive home of Charles M. Schwab. The entire ground and mezzanine stories have been decorated from sketches and drawings made especially for the purpose by the artist during his travels in Italy and France. The ceilings are copies of Raphael and Giovanni da Undine, combining painted arabesques and medallions with stucco reliefs and sketches of the rooms of the Casino del Grotto, near Mantua. Mahogany is the only wood used in the furnishing of the hotel, and the furniture is being carved from special designs to harmonize with the interior and exterior of the structure."

There were two building updates which later brought the New Weston room count to 700: The first modification from 200 to 500 rooms occurred in 1927-28, while the second modification was completed in 1930. The second addition to the New Weston Hotel was designed by R. T. Lyons, Inc. and erected by Geekie-Naughton, Inc. The interior woodwork was executed by Joseph Sabo & Sons, Inc., the cutstone contractors were Nelson Brothers & Co., and the concrete arches were installed by the Forbes Fireproofing Corp. What began as a 12-story, 200-room hotel, became a 22-story, 700-room hotel and apartment residence.

Probably owing to the increase of its footprint with the 1930 second addition, Hotel Red Books report the hotel's address as either on Madison Avenue at 49th Street, 34 E. 50th Street or 50th Street at Madison Avenue. Either way, it was located around the corner from Saint Patrick's Cathedral.

After the 1930 extensive remodel, the New Weston Hotel was home to the Smith College Club and the Vassar College Club. In the late 1930s, the New Weston also became home to the exiled Basque government, which sought refuge after the civil war in Spain. It was also home to American poet and satirist Dorothy Parker for a period during World War II.

During most of its existence, it was under Knott Hotel Management.

The creamer has a white body, blue crest consisting of knight's helmet, camel, bellflowers with New Weston below. Coin gold lines around the rim. The service plate has the same crest in the center of the well but in coin gold and navy blue, and a wide navy blue band with Hotel New Weston below the crest.