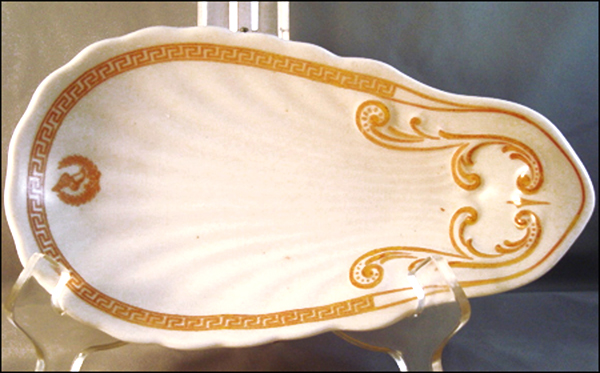 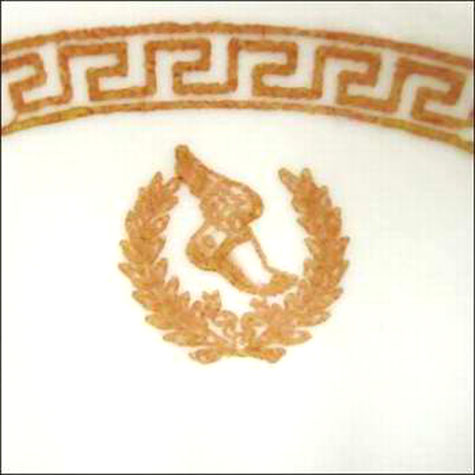 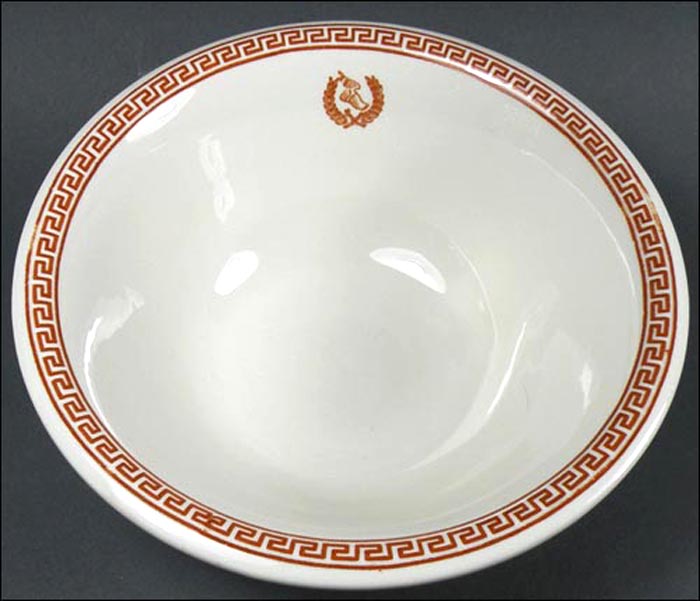 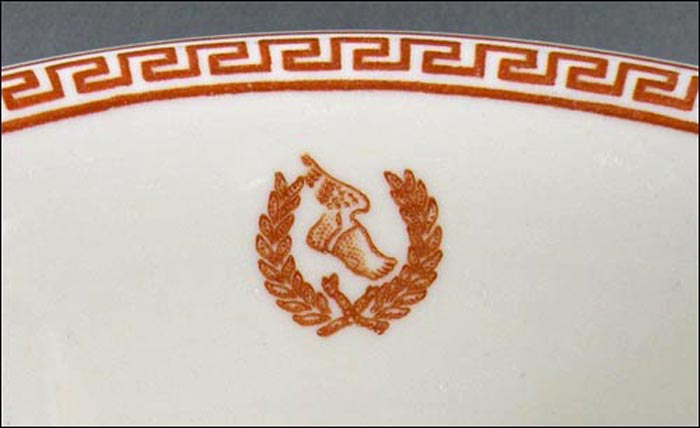 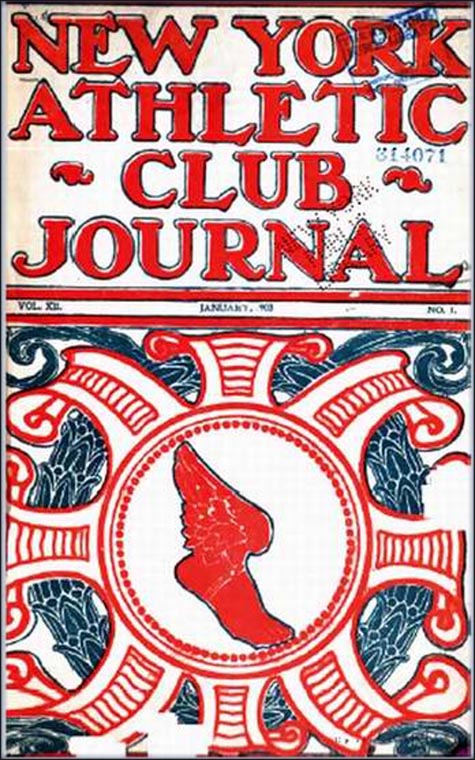 Notes: The New York Athletic Club, located at 180 Central Park South New York, NY, was founded in 1868 by Henry Buermeyer, John Babcock and William Curtis. All were accomplished athletes with a commitment to the growth and development of amateur sport in the United States. These men believed that time was right to introduce some organization – and uniformity of measurement – into sporting endeavors across the country, if not around the world.

On September 8th of that year, Buermeyer, Curtis and Babcock, with 11 other similarly inclined sportsmen, gathered in a Manhattan tavern, known as the Knickerbocker Cottage, for the first meeting of what would become the NYAC.

At the 2004 Olympic Games in Athens, Greece, 39 NYAC athletes competed, continuing a tradition that began over 135 years ago.

Mayer China bowl: The footed bowl has a Greek key border (the Troy pattern) and the club's logo in a rust brown color. The logo is a winged foot inside a laurel and ribbon wreath.