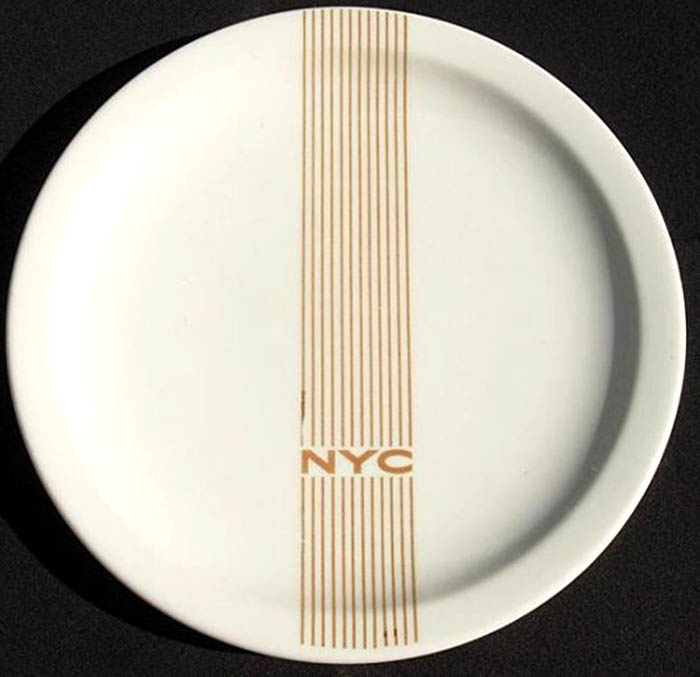 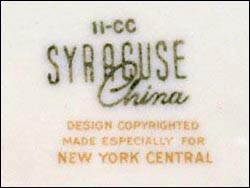 Notes: Ivory body, brown stripes interrupted with NYC. Found both with and without railroad backstamp, as pictured. Other manufacturers of this pattern were Buffalo China for one run only in 1936 and Shenango in 1955 – 1956. This pattern was manufactured from 1936 through circa 1967 and is also found with a white body. Smaller pieces, such as saucers, have NYC only and no stripes.