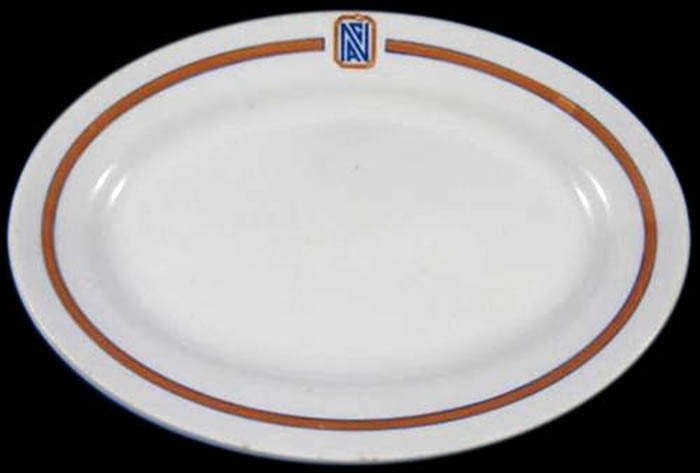 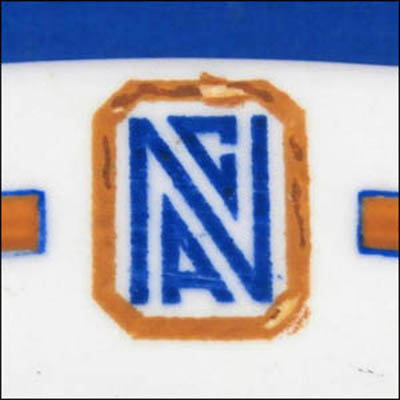 Notes: Construction on Newark Athletic Club – in Newark, N.J., – was completed in 1923 and at one time had more than 3,000 members. In addition to a gym and indoor pool, the club also had dining and meeting rooms and close to 300 bedrooms.

The club was foreclosed upon in 1940 and the Military Park Hotel took over. According to emporis.com, the building has been demolished and is now (2015) the site of the New Jersey Performing Arts Center.

The platter has an orange band on the rim surrounded on all sides by a bright blue line. Interrupting the band is the club logo: an orange octagonal band with the stylized letters NAC inside in blue.