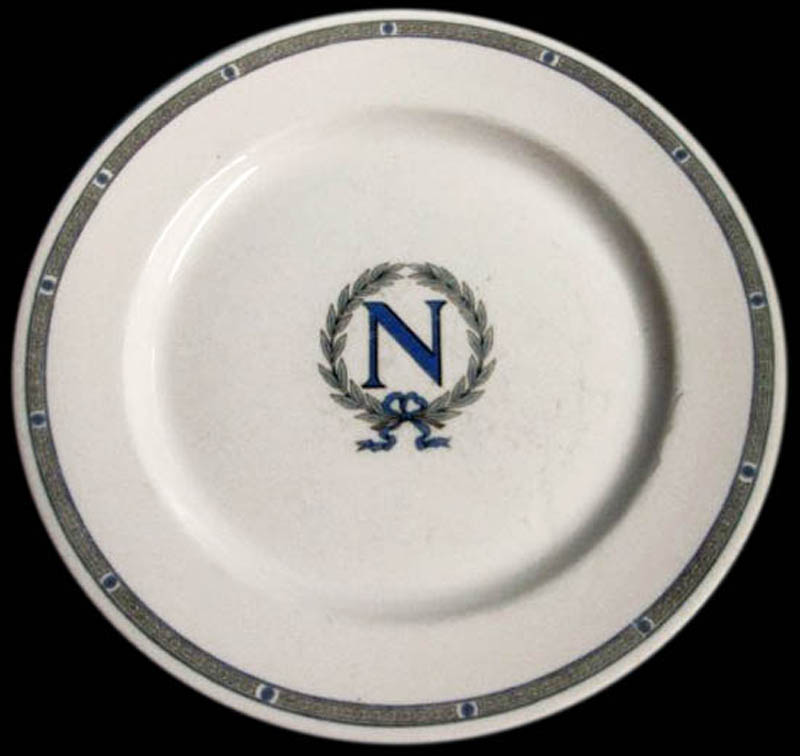 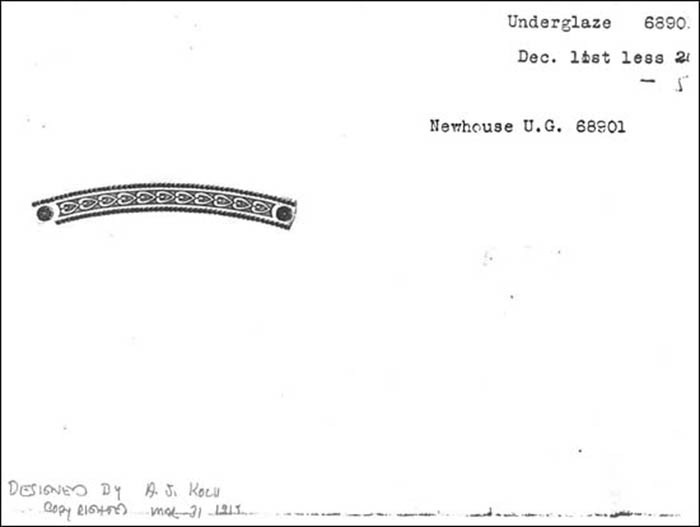 Notes: This pattern is located in a Syracuse pattern book and identified as Newhouse, U.G. (underglazed) #68901. The pattern was designed by A.J. Koch and copyrighted in 1913.

The pattern was used by the Hotel Newhouse, located in Salt Lake City, Utah. It was built in 1912 by mining magnate Samuel Newhouse, whose primary wealth came from mines in Ouray, Colo.

According to an editorial in the Deseret News, the hotel was "a monument to the early boom-and-bust days of mining in Utah, a story of sudden wealth, lavish spending and a lifestyle that has vanished from the American scene." The hotel stood for 71 years until it was imploded in May 1983. The hotel site remains (as of 2014) a parking lot.

A WorthPoint silver teapot shows this same initial N within a ribbon and wreath circle, and backstamped for the Newhouse Hotel. On the china, the plate's border is a series of interlocking hearts in gray with a narrow light blue looping design on each side. The hearts are intersected by light blue rosettes. In the center of the plate, as on the teapot, is the ribbon and wreath circle (in blue and gray) with a large initial N in blue in the middle.