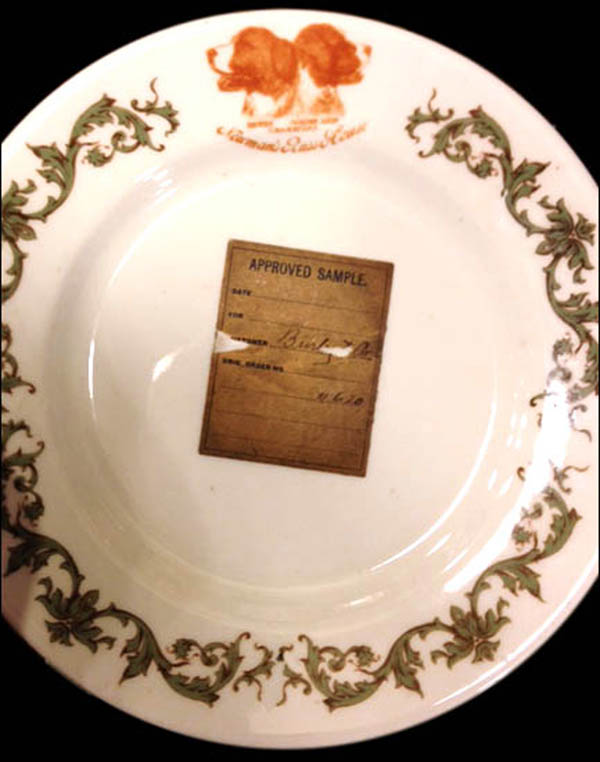 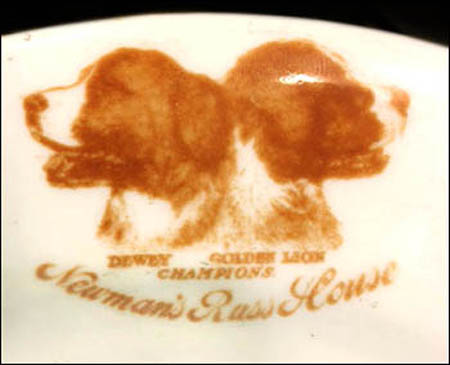 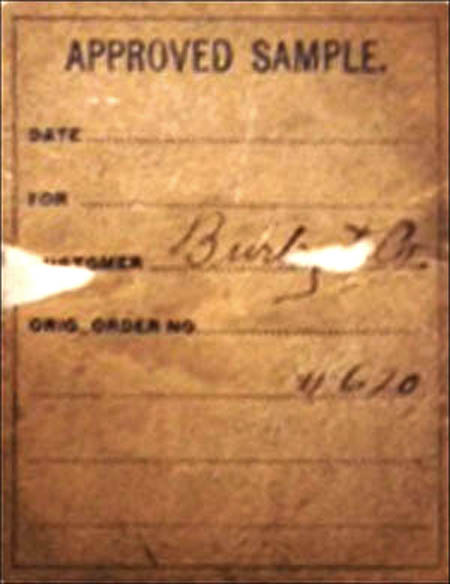 Notes: The Russ House opened in 1862 on the site of the former American Hotel on Montgomery Street between Bush and Pine Streets in San Francisco. J. Christian Russ built the hotel and named it in honor of his father, Emanuel Charles Christian Russ (1778-1857). It was a three-story Italianate-style brick structure that was apparently added to over the years, as all the floor levels did not line up.

By 1892, it contained 300 rooms. By 1903, Charles Newman was operating the Russ, and added "Newman's" to the name. The dogs were almost certainly Newman's pets and probably were show dogs.

The Russ catered to merchants, farmers and miners with rooms from $2 to $2.50 per night, while the more exclusive local hotels were charging from $3 to $5.

One celebrity attracted to the Russ was Mrs. Carrie Nation, who smashed a whiskey bottle in the hotel's bar, and ended up in jail.

Along with most of the rest of San Francisco, the Russ House was damaged and then burned down during the 1906 Earthquake. The Syracuse-approved production sample pictured below may well be the only remaining example of this pattern. The double dog logo was used on a circa 1905 Syracuse salesman's sample plate, along with other crests.

Crested with brown transfer illustration of two dog's heads, back to back. Below the heads is written "Dewey" "Golden Lion" above "Champions." Curved below that is "Newman's Russ House" in script lettering. Syracuse underglaze border pattern #52403, in gray green with rust outlines flanks the crest. This china was order #620 and was supplied through Burley & Co.