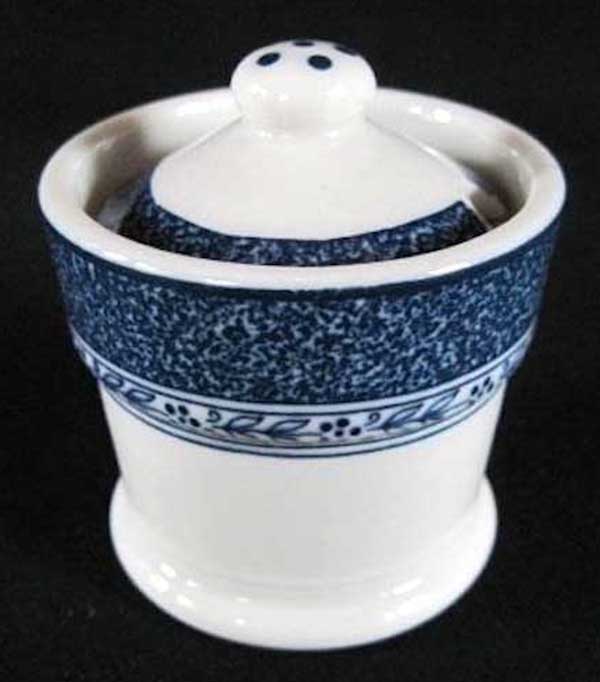 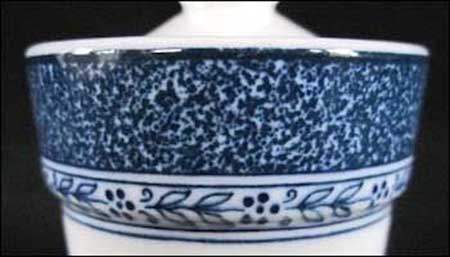 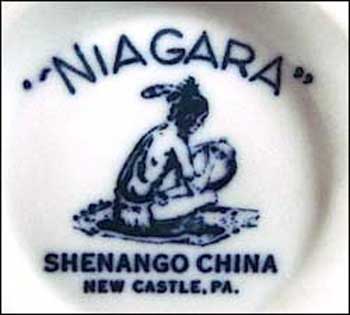 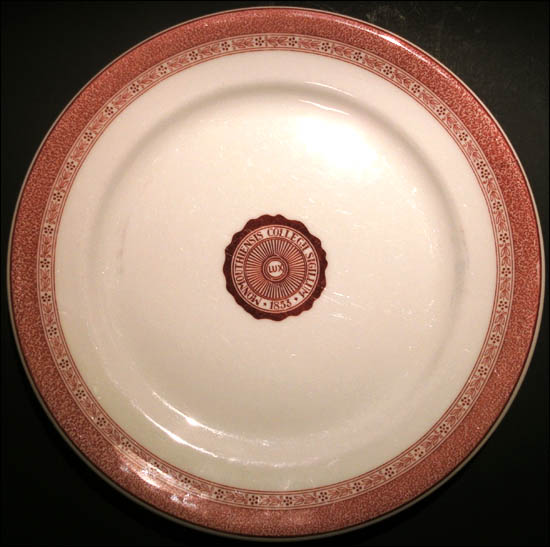 Notes: The white-bodied, 2.25-inch mustard pot has a wide band that can be best described as a sponged effect of cobalt blue on white, and a band of leaves and berries below in the same cobalt blue.

Another example of the pattern in a rust brown or red on the RimRol shape (circa 1939-1950s) has been found, with the addition of a seal in the center belonging to Monmouth College, a private liberal arts college in Monmouth, Ill., shown above.