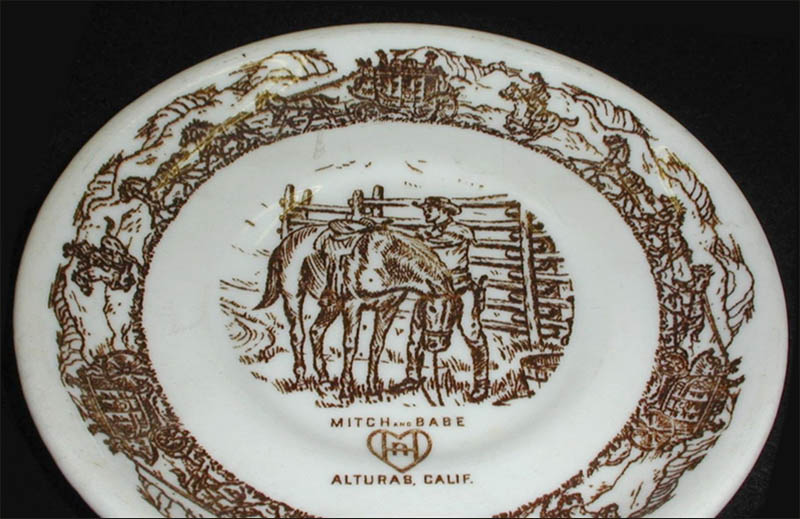 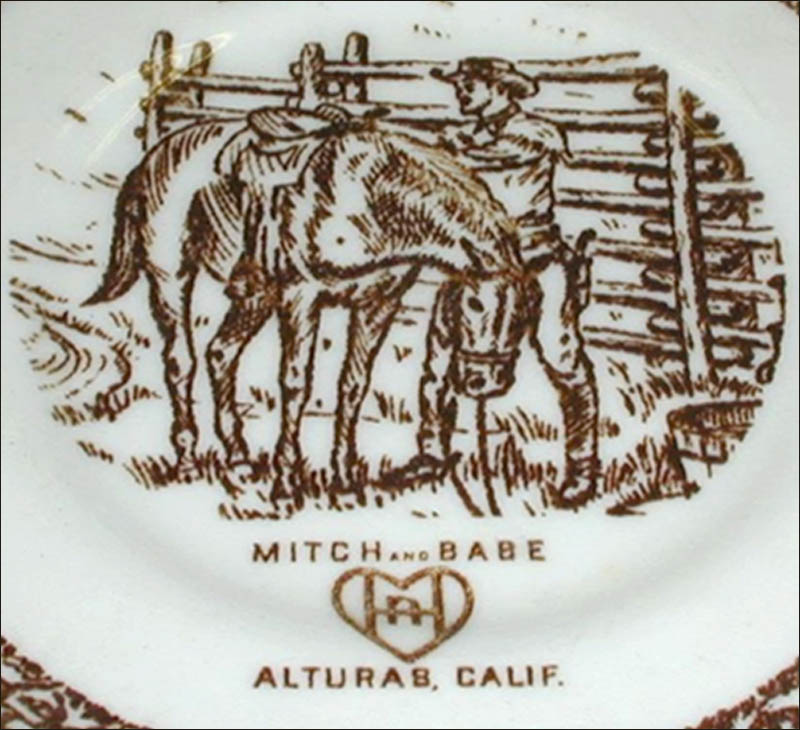 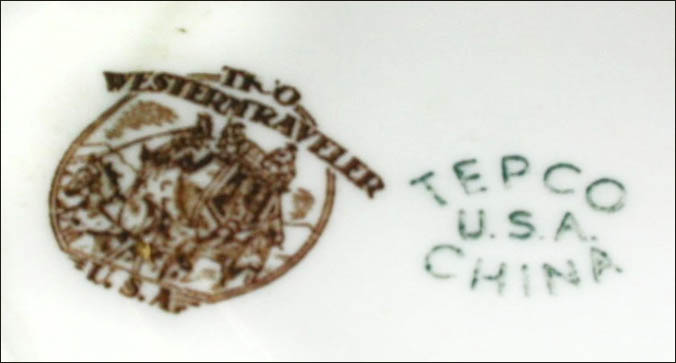 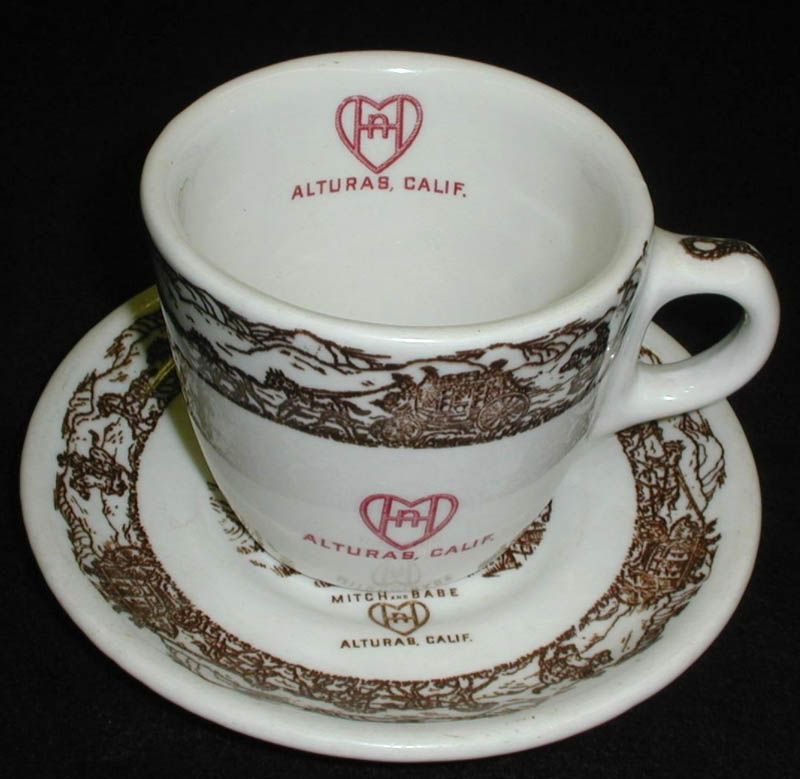 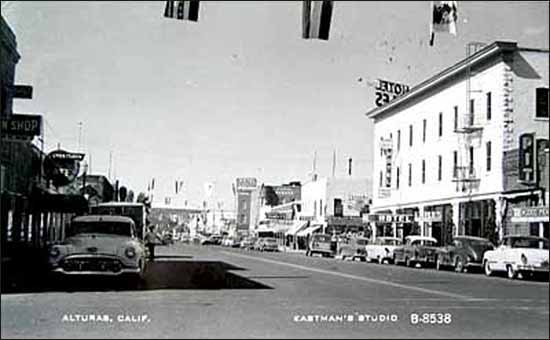 Notes: The Niles Hotel began construction in 1908 as the Curtis Hotel on the corner of Main and Modoc Streets of Alturas, CA. However, Jay Eugene Niles purchased the building in 1912 to eliminate the competition, completed the second and third floors and renamed it the Niles Hotel. The hotel changed ownership several times before owners Mitch and Babe Jurasevitch (named on the plate and cup shown above) took over management for a period of 40+ years. In 2007, the hotel was closed and up for sale.

Here is one particularly humorous paragraph from the Niles' website: "The Niles Hotel, soldiering diligently on against all odds, prospered through the roarin' twenties, the Great Depression, four major wars and numberous minor ones (some of which originated in Modoc County and are still being fought to this day), and the administration of fifteen American presidents, none of whom saw fit to stay at the Niles."

The Western Traveler pattern in brown on a white body, topmarked with a heart-shaped, branding iron logo and the words "Mitch and Babe, Alturas, Calif."

For related info: Western Traveler by Tepco, red on a tan body.