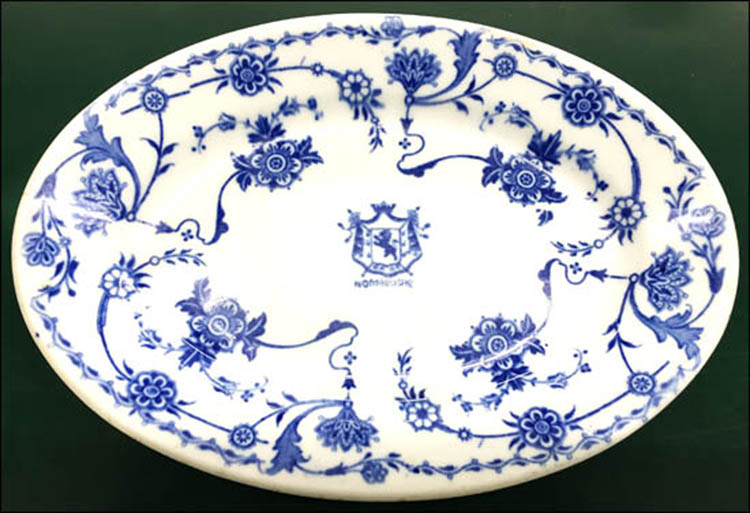 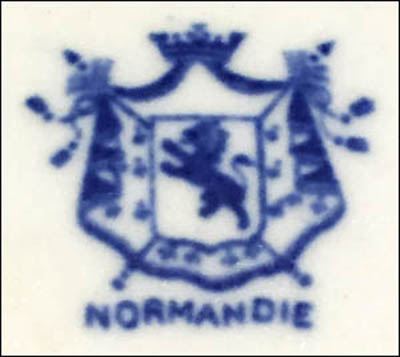 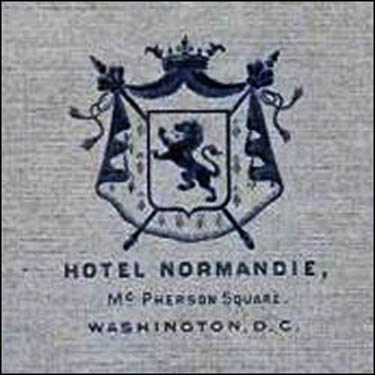 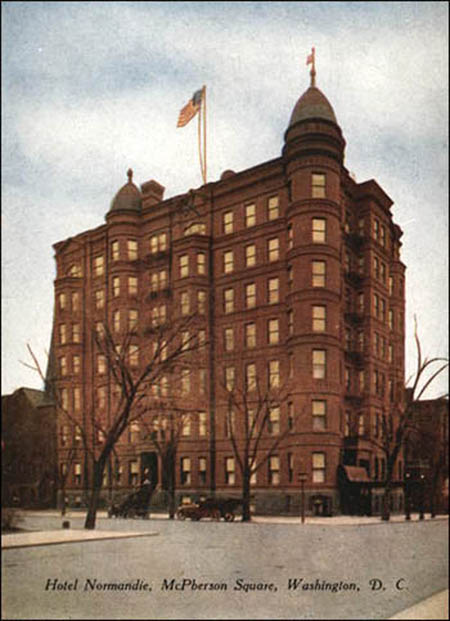 Notes: The Hotel Normandie, also widely referred to as La Normandie, was owned by La Normandie Hotel Co. It was sited at the northeast corner of 15th and I streets N.W. in Washington, D.C., opposite McPherson Square. On the back of the postcard (shown below) is the text: "The Normandie. Located in the most fashionable part of the city and within five minutes' walk of the Executive Mansion, Treasury, State, War and Navy Departments."

Date of construction is not known, but it was open as early as 1890, when Elmer F. Woodbury was the proprietor. It was still running ads in The Washington Post in 1912, but on May 27, 1912, its furnishings and equipment were sold at a public auction.

In the same building, the Bellevue Hotel opened by at least 1915 and would have been the first location in the District for that hotel.

The platter is decorated with a crest in the same cobalt blue as the flower and vine border pattern. It includes a rampant lion within a shield. Open fabric drapery is held by crossed spears behind the shield. There is a crown above the fabric. Below, in all caps, are the words NORMANDIE.