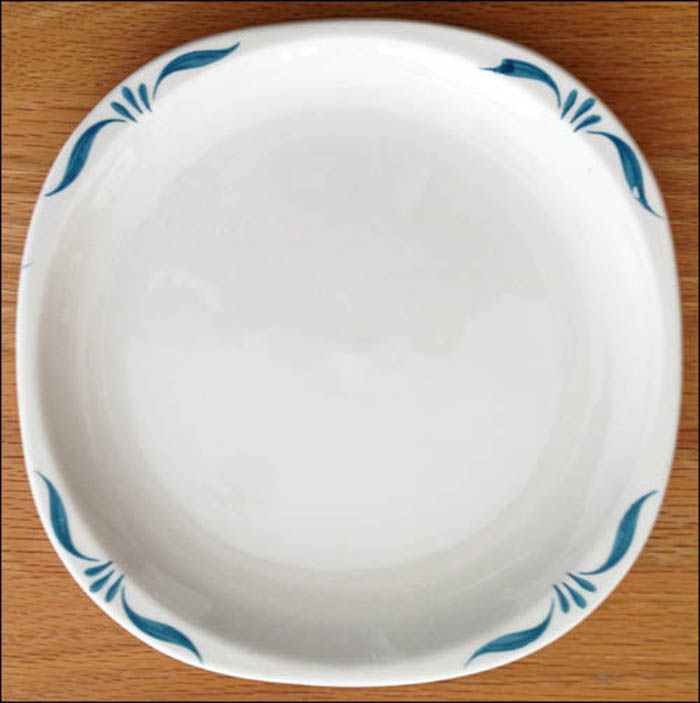 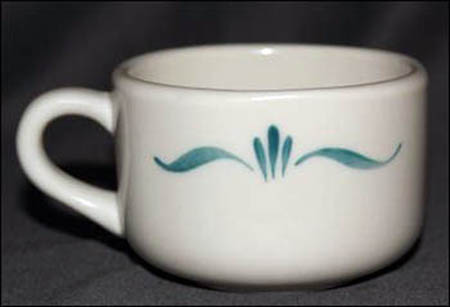 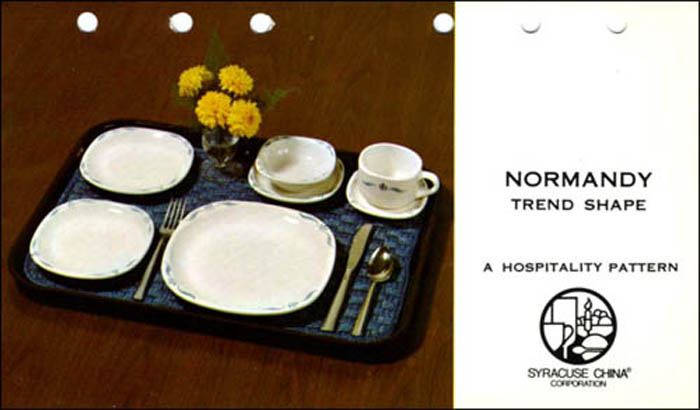 Notes: The Normandy pattern has a simple design emulating brushstrokes in teal blue glaze, placed on plates at the four rounded corners of the Trend shape.

Trend was introduced by Syracuse in 1955 and was advertised specifically "as hospital tray service," according to the book "Syracuse China."

The Normandy pattern was included in a 1970 Syracuse catalog and categorized as a "Hospitality Pattern" (see photo above).