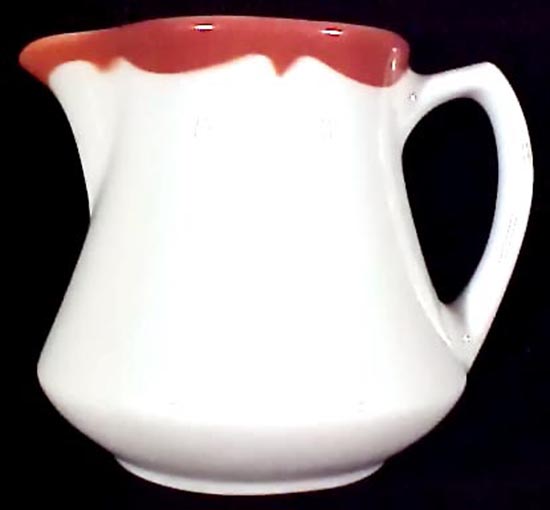 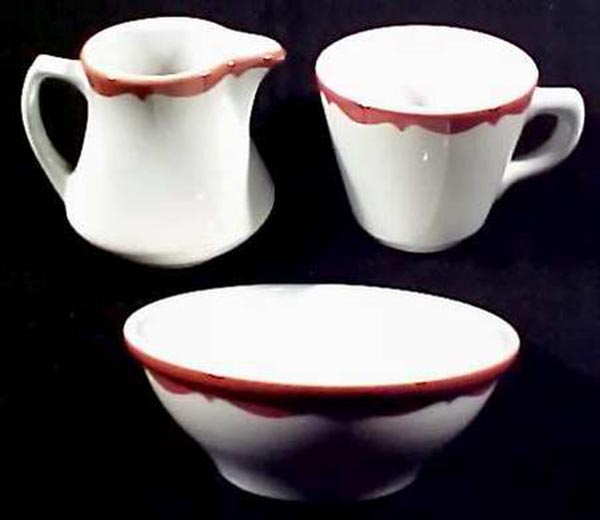 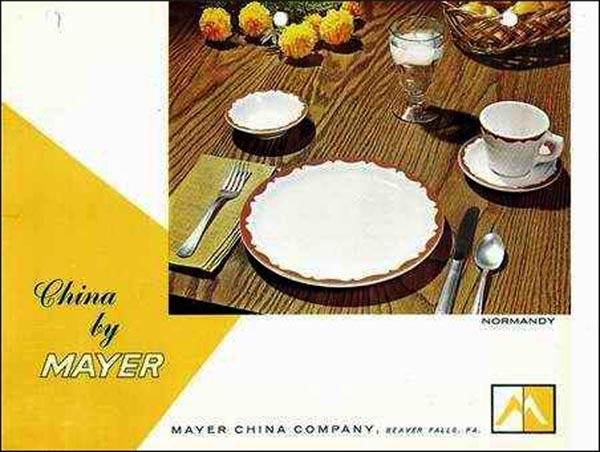 Notes: White body, dark-salmon red border. Also known to have been made in dark green. Similar patterns were produced by other manufacturers with airbrushed waves, crests, scrolls or rick rack designs around the rim.