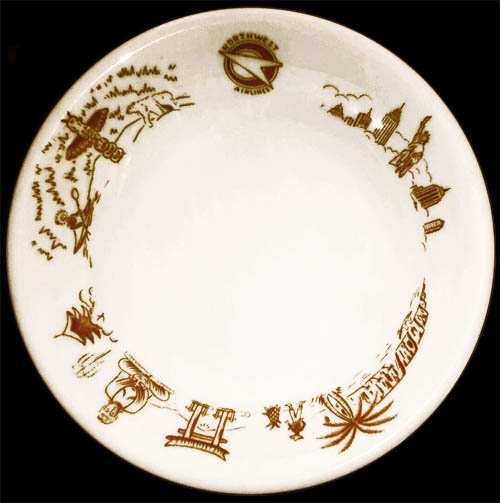 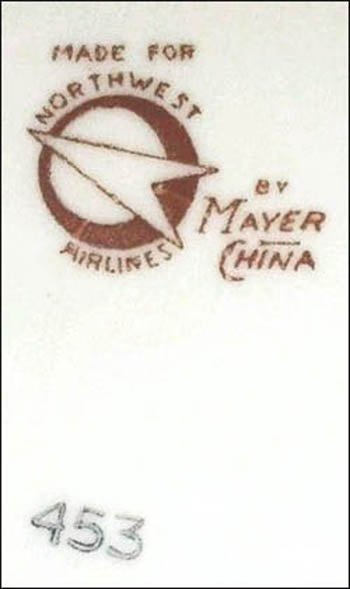 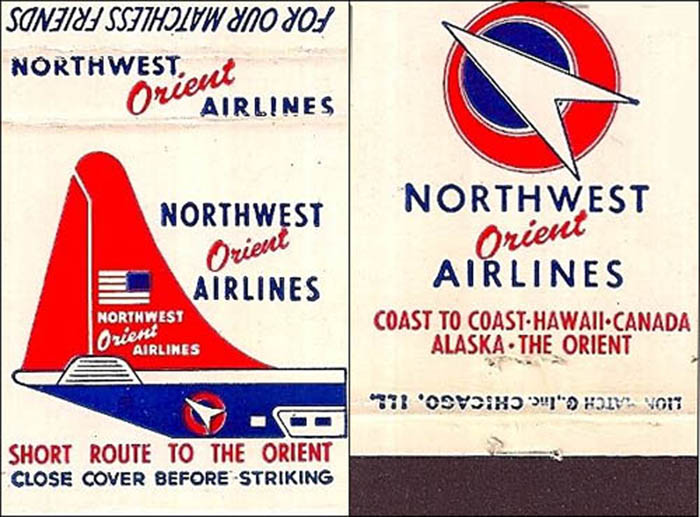 Notes: From the Wikipedia, Northwest Airlines was founded in 1926 and was merged into Delta Air Lines in 2008. Northwest operated under that name until 2010.

Following World War II, Northwest "became dominant in the trans-Pacific market … ." Around the late 1940s, into 1950, "Northwest began to advertise itself as Northwest Orient Airlines, although its registered corporate name remained 'Northwest Airlines.'"

As the result of a 1986 merger with Republic Airlines, "Northwest dropped the word Orient from its brand name."

The white plate has line drawings in a deep gold brown around the rim that ostensibly reflect the locations the airline served, including New York City buildings and the Statue of Liberty; a tropical scene with palm trees and man cutting a pineapple plant; Japanese scenes including Buddha and a pagoda; and northern hemisphere scenes with an Eskimo, polar bear and a totem pole. The logo is a delta swept wing pointing to the northwest on a compass point, set against two circles, with NORTHWEST above and AIRLINES above.