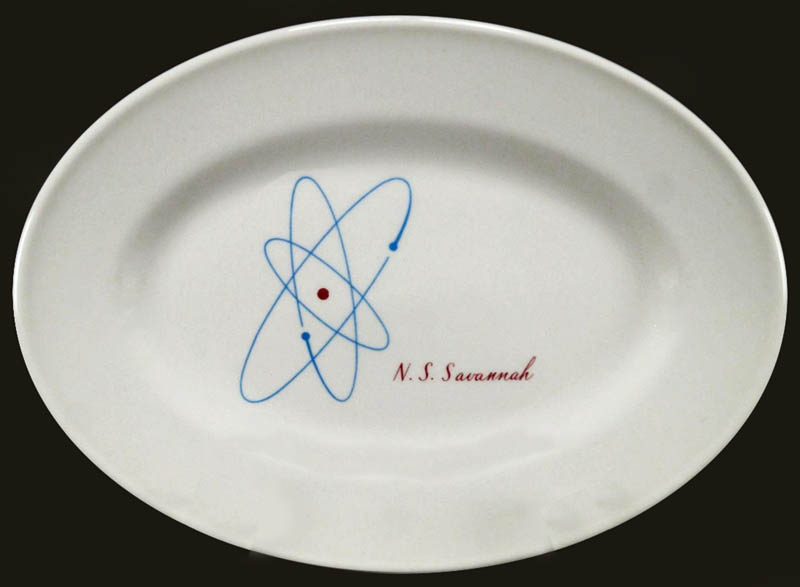 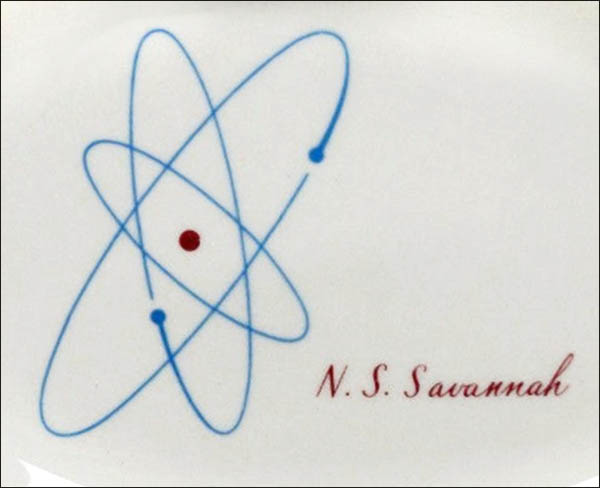 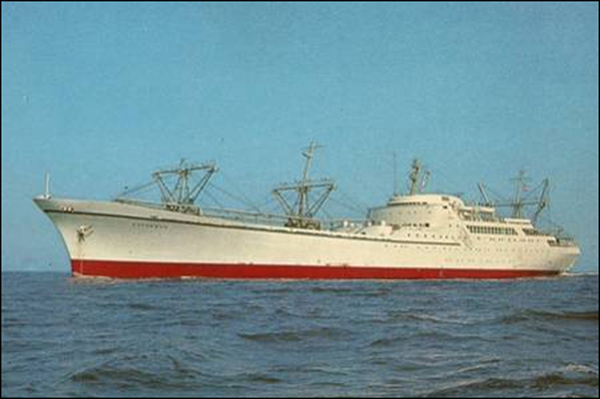 Notes: From the wikipedia: The NS Savannah was the "first nuclear-powered cargo-passenger ship, built in the late 1950s at a cost of $46.9 million, including a $28.3 million nuclear reactor and fuel core, funded by United States government agencies as a demonstration project for the potential usage of nuclear energy. Launched on 21 July 1959, she was in service between 1962- 1972. NS Savannah is one of only four nuclear-powered cargo ships ever built."

It was owned by the U.S. Maritime Administration, operated by State Marine Lines and American Export-Isbrandtsen Lines and built by New York Shipbuilding Corporation.

White body with N.S. Savannah in red and an atomic symbol in blue.