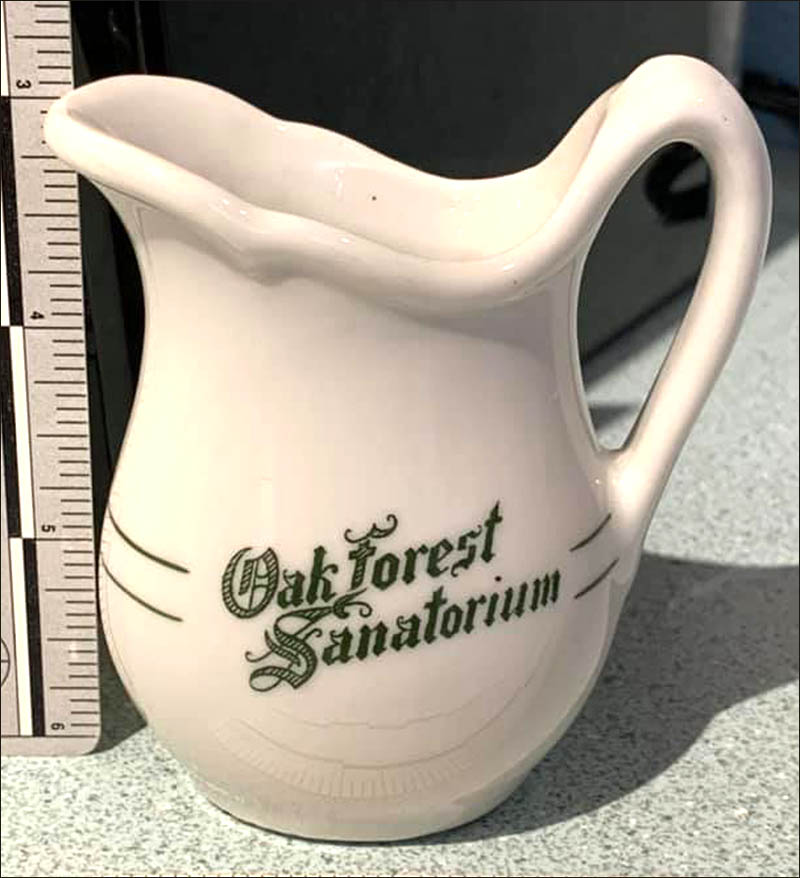 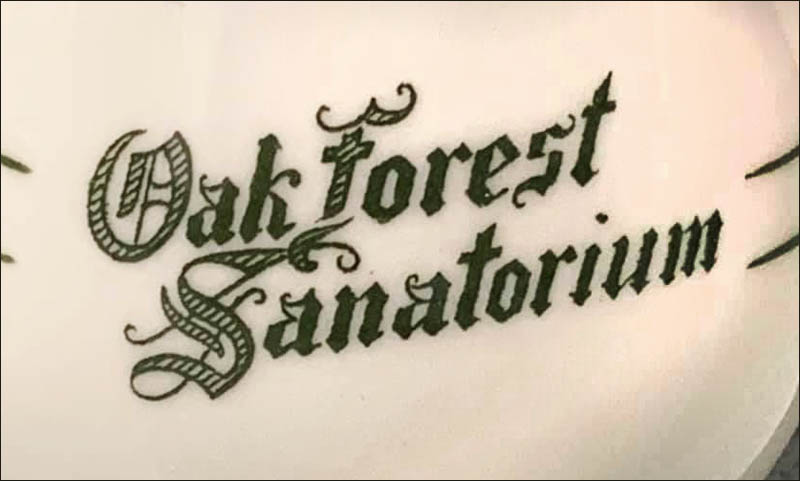 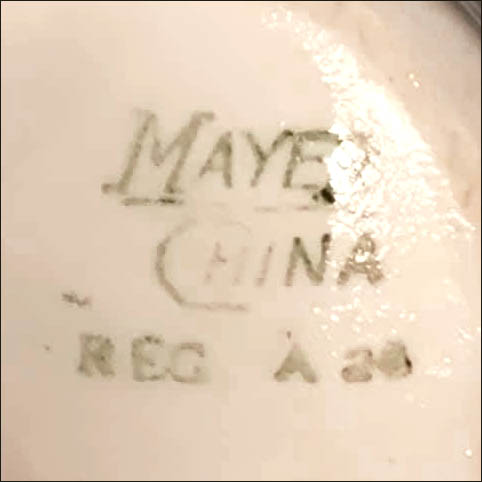 Notes: The Oak Forest Sanatorium was located in La Crosse County, Wisconsin, and constructed in 1918 to treat tuberculosis patients.  It continued in this mission up until the mid-1960s when Oak Forest became a nursing home as well. When a new addition to the Hillview Health Center was completed in 1981, Oak Forest was phased out of operation and razed the same year.

White body pitcher with two thin green pin lines around the middle broken by Oak Forest stacked over Sanatorium in an Old English font also in a matching green. The three words are displayed on a slight angle. Keyword: sanitarium sanitorium