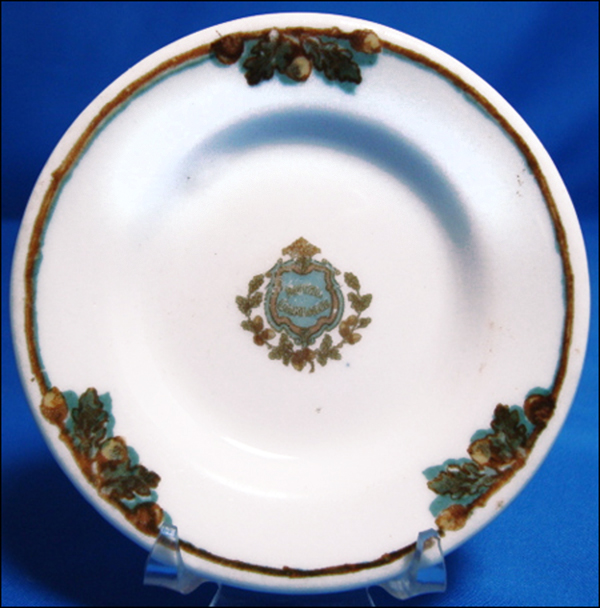 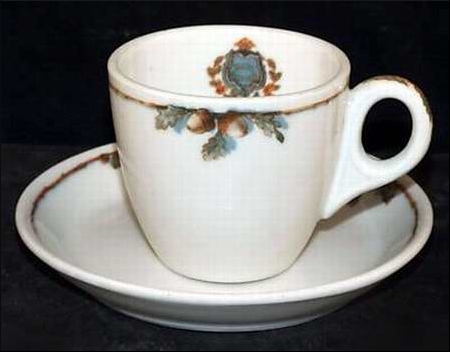 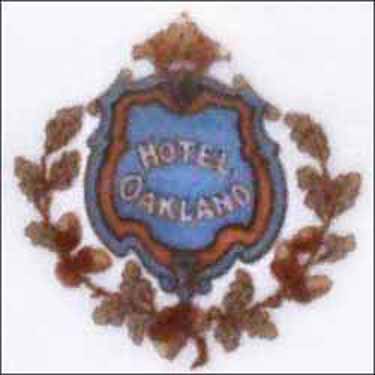 Notes: The construction of the Hotel Oakland located at 13th Street, between Harrison and Alice streets in Oakland, California, was completed by 1912. Exceeding $3 million, the hotel was financed by F.M. Smith, H.C. Capwell and Edson Adams Jr. (son of the town's founder Edson Adams Sr.). The architectural firm Bliss and Faville designed the grand structure, which occupies nearly two acres — an entire block — in the heart of the City of Oakland.

The grandeur of the Hotel Oakland interior is detailed in this 1912 Sunset magazine excerpt:
"The lounging-room, finished in Caen stone, is decorated in the style of the Italian Renaissance. The ball-room is in Corinthian design. This room, which is one of the largest if not the largest ball-room on the Pacific Coast, is directly connected with the reception and dining-rooms, and is so arranged that the tea-room as well may be added to this suite. The dining-room, connected with the ball-room, is of Caen stone, and the four large full bronze and brass lanterns which illuminate it are patterned after the lanterns in a noted French chateau. The cafe is paneled in oak from the marble and tile floor to the ceiling."

In 2009, the exterior of the building and all two-story spaces on the main floor are on the National Register of Historic Spaces. These grand, ornately decorated rooms include the main entrance lounging room; the Corinthian-columned, 5,000-foot ballroom; the dining room; and the cafe, which has 30-foot-high oak-paneled walls and a detailed plaster ceiling.

In the decade of the hotel's opening, it was a prominent social center with Presidents Wilson, Coolidge, and Hoover staying there, along with other celebrities, including Amelia Earhardt, Sarah Bernhardt, Jean Harlow, and Mary Pickford.

During the 1930s, the Hotel Oakland was forced into bankruptcy — more than once — as the result of mismanagement and the Great Depression. In 1943, the U.S. Army took possession of the hotel for use as a hospital and auctioned off all the furnishings, including the chandeliers.

After World War II, several unsuccessful attempts were made to reopen the hotel, but the Veterans' Administration eventually occupied the facility, operating as a hospital through August 1963. For the next 15 years the Hotel Oakland remained vacant. In 1978, a Boston-based developer acquired and remodeled the building into housing for the elderly, as it is in 2009.