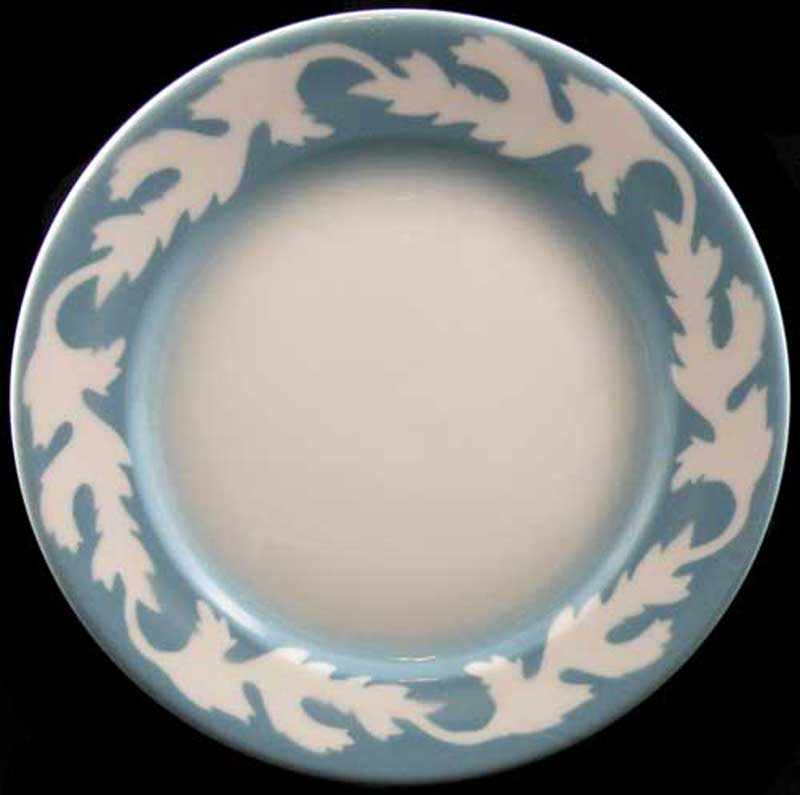 Syracuse China the most common color of blue 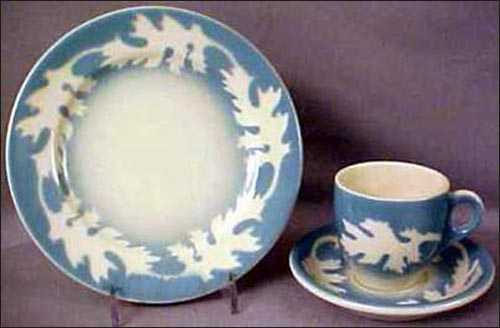 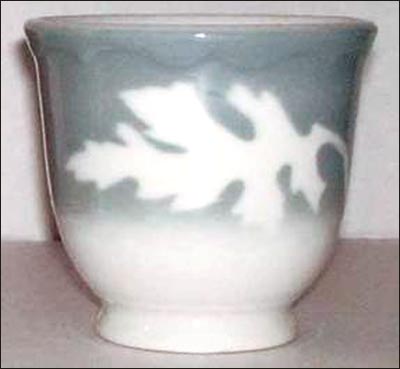 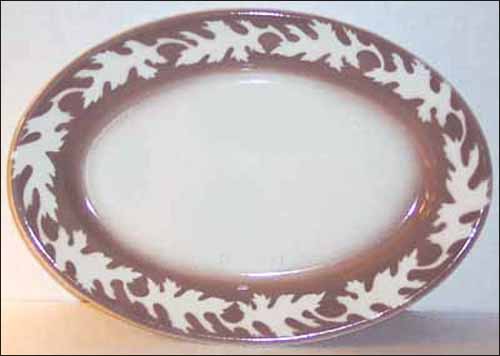 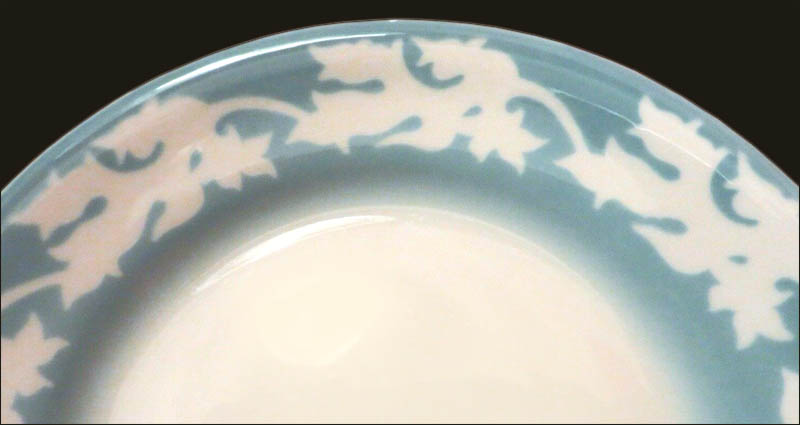 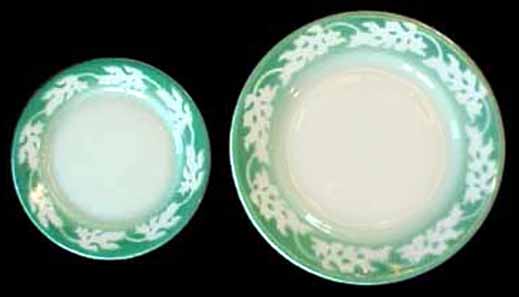 Notes: Syracuse China made this oak leaf pattern in blue, green, gray, brown and likely other colors, based on a 1950 Hotel Management magazine advertisement which listed the Oakleigh pattern as "one of 14 completely new patterns. "There is some variation of colors within the same manufacturer as shown above.

Jackson China made a similar Oakleigh-style pattern in blue, green and red. Shenango China also made a version (not shown) that is less detailed than the Syracuse and Jackson patterns.