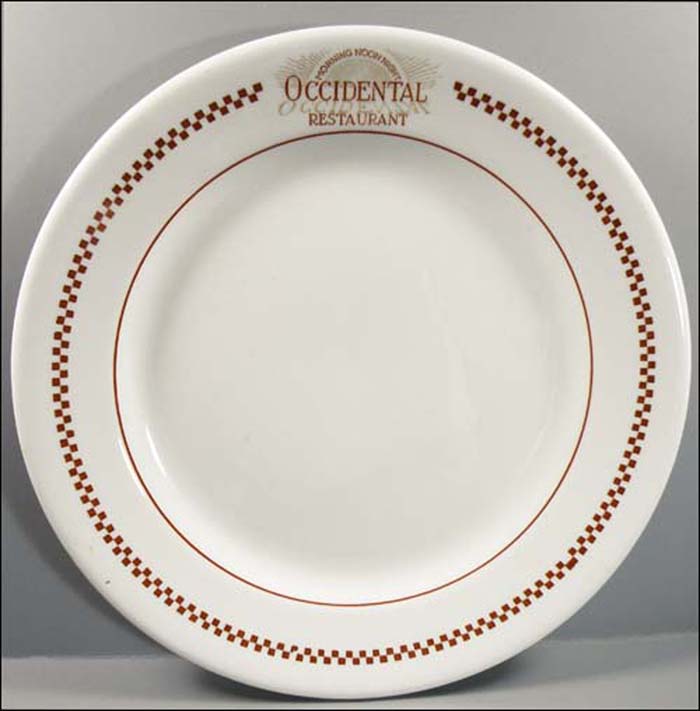 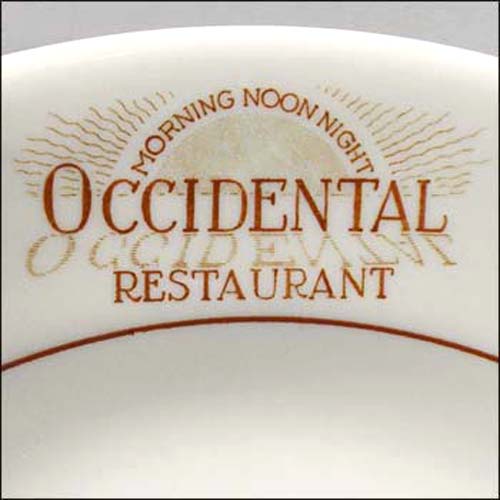 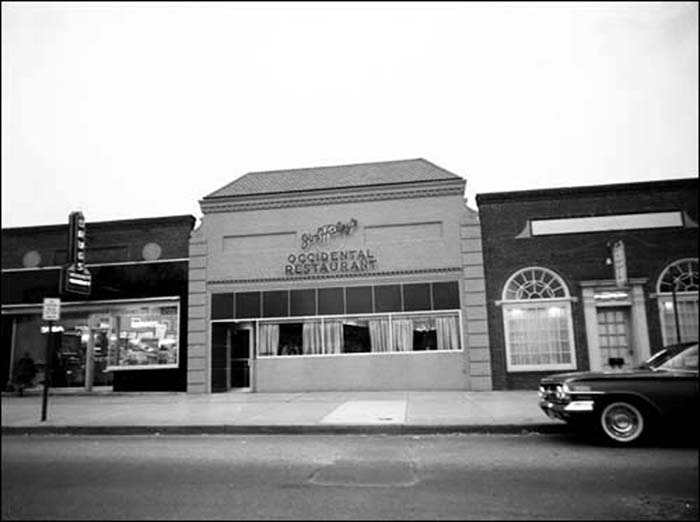 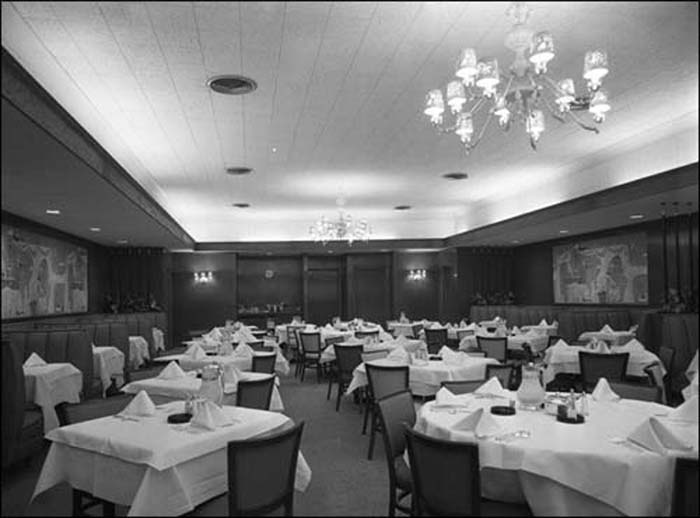 It is not known, however, when the restaurant was built or when it went out of business, but apparently it moved from downtown in the 1960s or 1970s to Richmond's West End. The restaurant was documented circa 1936 with the publication of an illustrated 10-page advertising booklet titled "The story of an Occidental ham; a little nursery rhyme for grown-up children," part of the Brown University library collection. And photographer Adolph B. Rice took photos of the Occidental in 1960; see images above.

The plates is decorated in a brown checkerboard design on the border, interrupted with the restaurant's MORNING NOON NIGHT rising or setting sun logo.