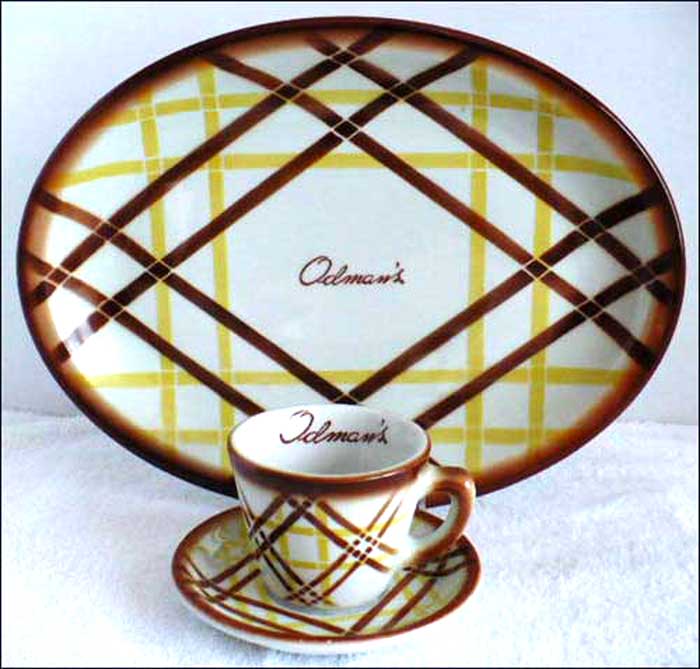 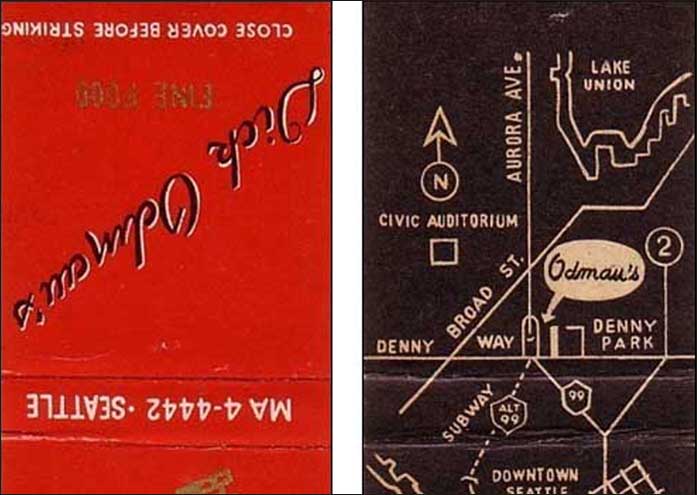 Notes: Dick Odman's opened in the late 1940s or early 1950s in downtown Seattle. The owner, Richard Henry Odman, died in 2011; according to his obituary, the customers' favorite burger was the Awful Awful, so named because it was "awful awful good."

The airbrushed pattern is made up of heavy crisscrossing brown and yellow lines or stripes. It is marked Odman's in brown script.