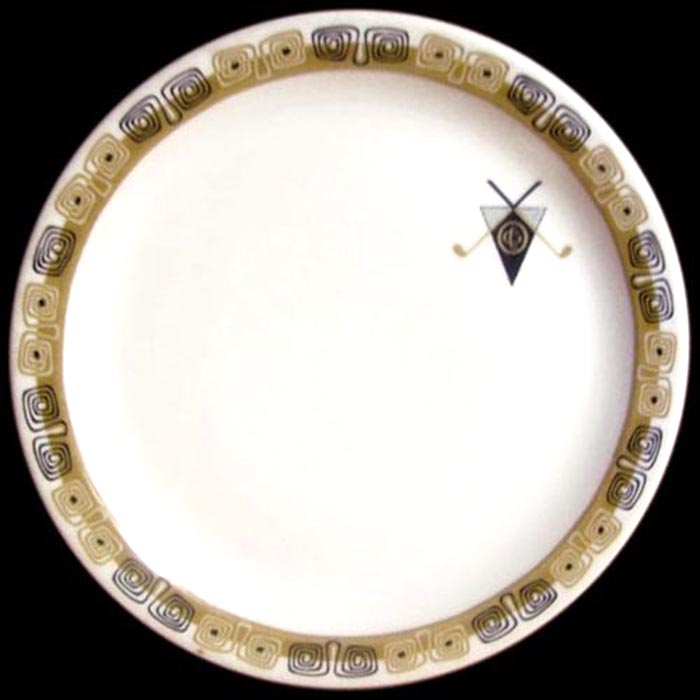 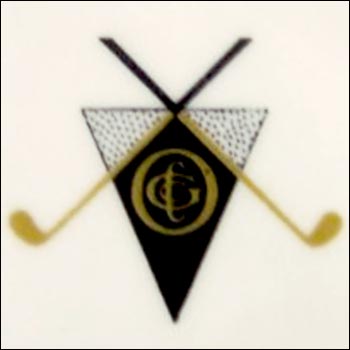 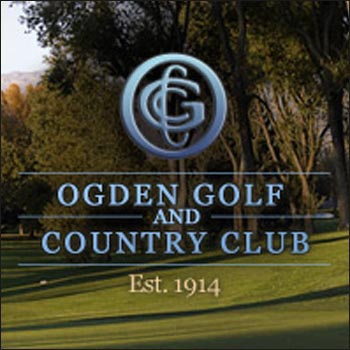 The logo, in mustard gold and black, shows two crossed golf clubs against an inverted triangle. A monogram of the club's initials is in the lower part of the triangle in gold on black. Black stippling on white probably represents a golf ball's dimples, and that fills the upper two small triangles that are part of the larger triangle.

The plate's border is a Shenango stock pattern in khaki or olive gold and black. Stylistically, it looks typically mid-century and has been nicknamed Google Eyes and Kon Tiki but Shenango's assigned pattern name or number is not known at this time.

ID and photos contributed by krisbaker