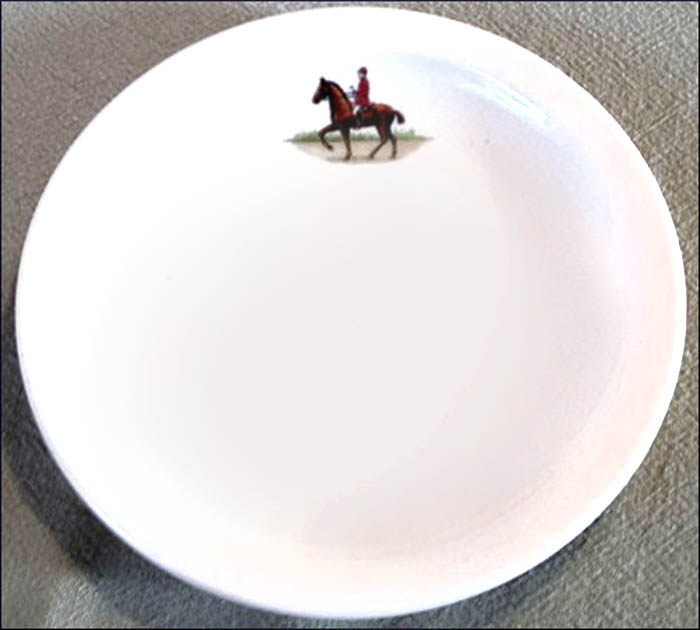 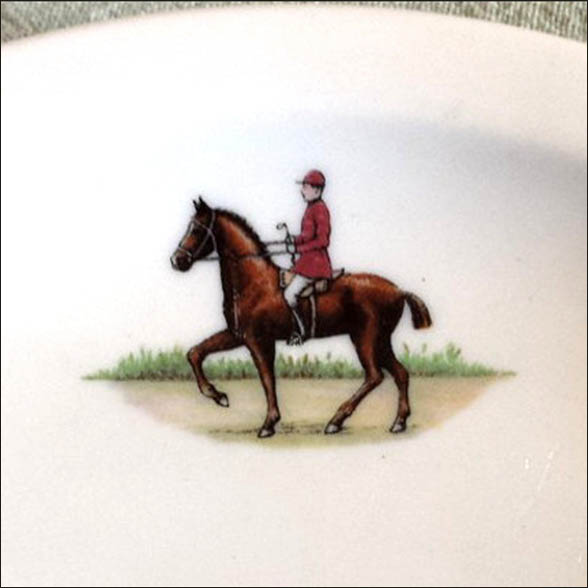 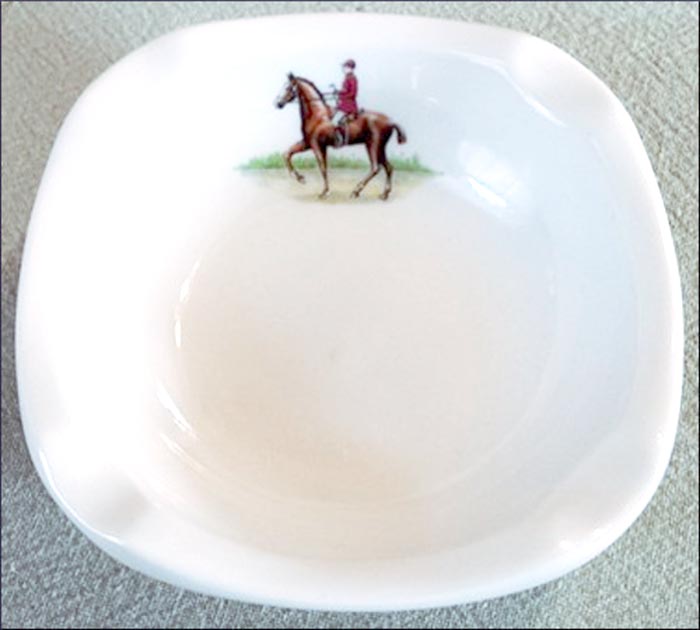 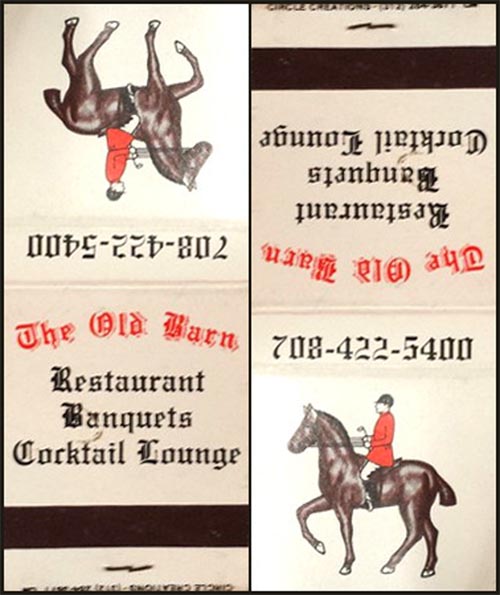 Notes: The Old Barn was a restaurant and speakeasy founded and located at 8100 S. Parkside Avenue, outside of Chicago in 1921; thus, predating the town of Burbank that developed around it. During Prohibition, entrance could be gained by pressing a button and speaking to the responding host. As with many locales in the Chicago area, Al Capone was one of its patrons, possibly identifying the locale as one of his bootlegging customers. After Prohibition, The Old Barn continued in operation up until it faced bankruptcy in 2008, closing that October 2008 after 87 years of operation, including service as a restaurant, club and banquet venue. As of 2015, the building still stands, although it has been empty during the intervening years.

White body with single multicolor decal at 12 O'clock of a horse and rider prepared for fox hunting. The horse has a bobbed tail and the rider wears a red coat and black helmet while carrying a crop. The 1966 ashtray shown above is in the Syracuse Trend shape.