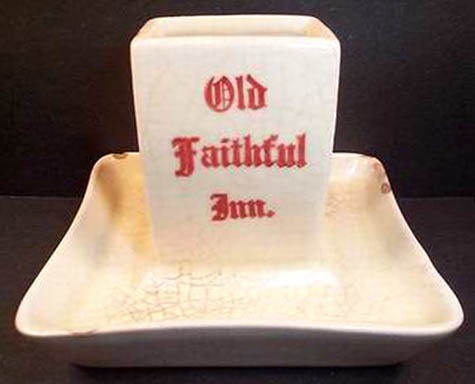 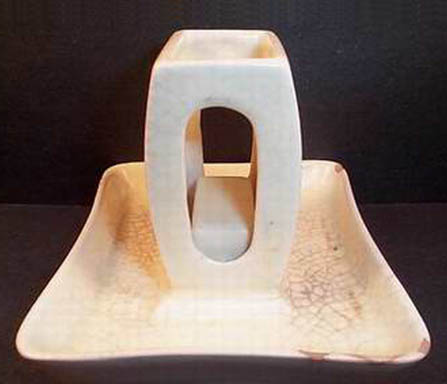 Notes: This matchstand is from the Old Faithful Inn that was (and still is) located next to the Old Faithful Geyser in the Yellowstone National Park in Wyoming. The Inn – Hotel was completed in 1904 in the park and was financed by the Northern Pacific Railroad at a cost of $165,000, a considerable sum of money in 1903 – 1904. The railroad chose architect, Robert C. Reamer, to design the famous Inn. Reamer designed the hotel to be made of actual logs from the park itself and intended it to blend-in with the natural surrounding of the park, but also to be grand. He designed a 65-foot ceiling in the lobby with its multiple floors overlooking the large Rhyolite fireplace and central gathering area. Originally, the hotel was 140 rooms and the restaurant and hotel, for the first year of operations, was managed by Larry Matthews, of Larry 's Lunch Stations. In 2009, the hotel remains and is protected as a National Historic Landmark.

This matchstand is marked on the sides "OLD FAITHFUL INN" in Old English red lettering. The holder does not have a manufacturing backstamp, but could be Union Porcelain Works, Greenwood, or Buffalo. It appears that the hotel's markings on the sides are underglazed.